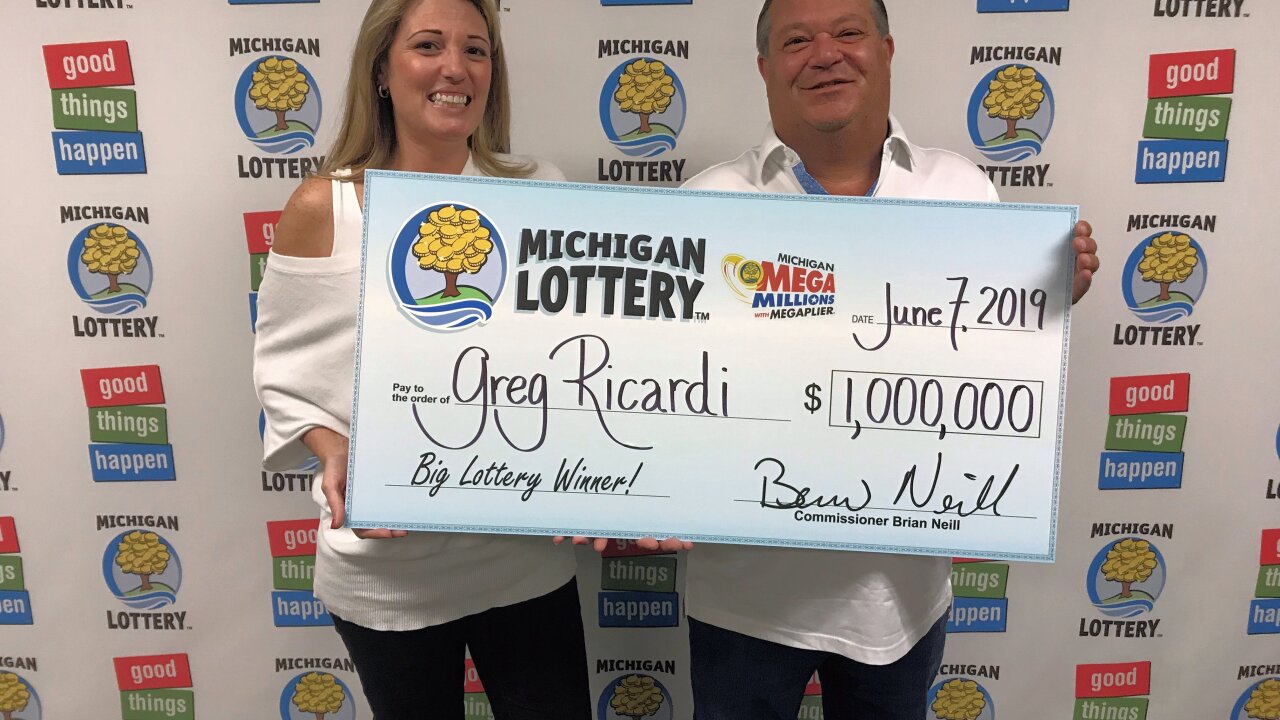 Ricardi bought his ticket at the BP Gas Station on Hayes Rd. in Clinton Township.

“I don’t play often, but saw the jackpot getting up there and decided to play,” said Ricardi. “Wednesday morning I checked my numbers one-by-one and when I saw the first four matched, I called my wife over to look at the fifth one with me."

“When we looked at the fifth number and saw it matched, I felt a rush of emotions: shock, happiness, excitement, anxiousness. Neither of us could believe we won $1 million and we couldn’t stop smiling.”

Ricardi and his wife recently visited the Michigan Lottery headquarters in Lansing to claim his prize.

Ricardi said he plans to set aside his winnings for retirement.