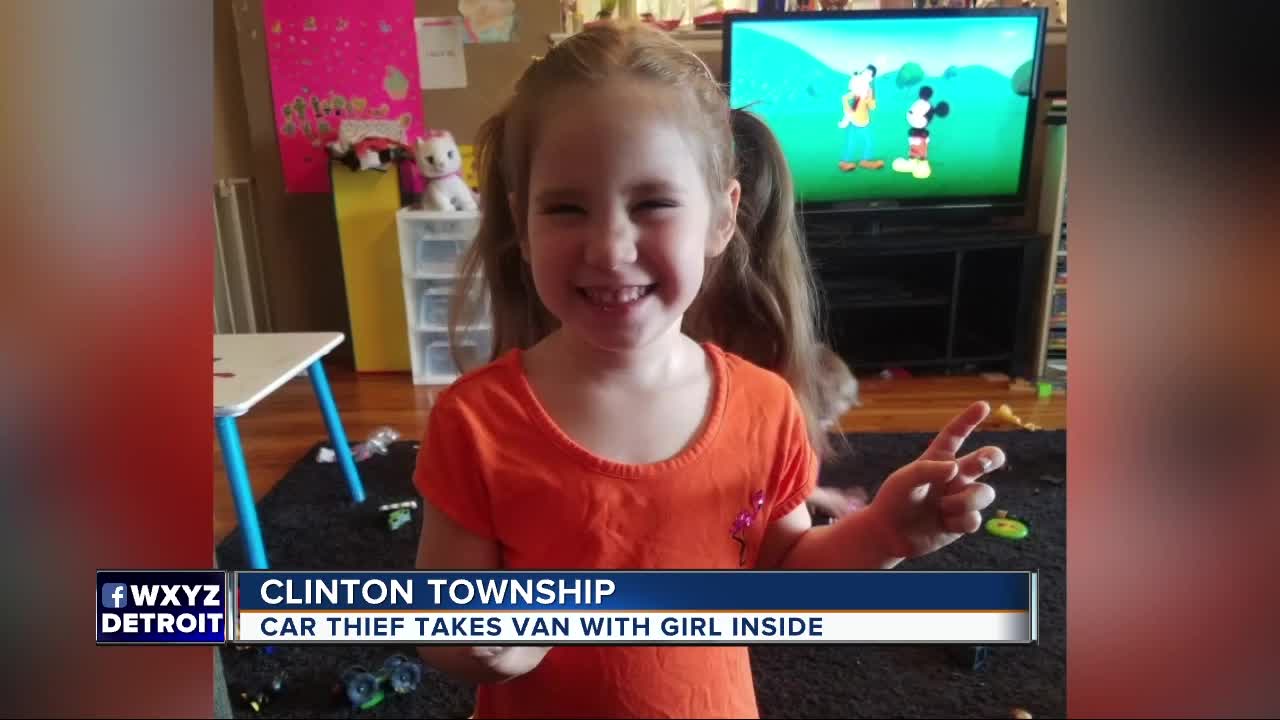 Clinton Township Police are investigating the theft of a van with a 4-year-old child inside.  Police say the incident occurred around 7 a.m. Monday morning when a woman went to a home on McKishnie Street to pick up her son from a relative's home. 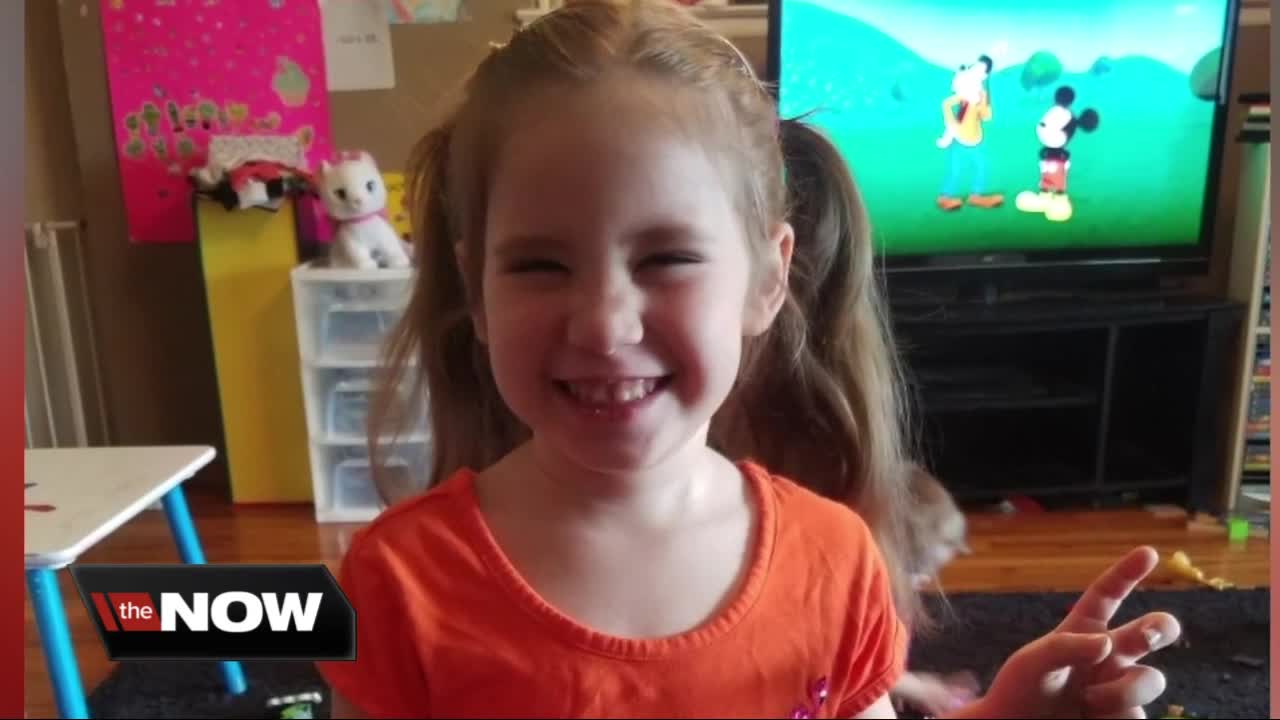 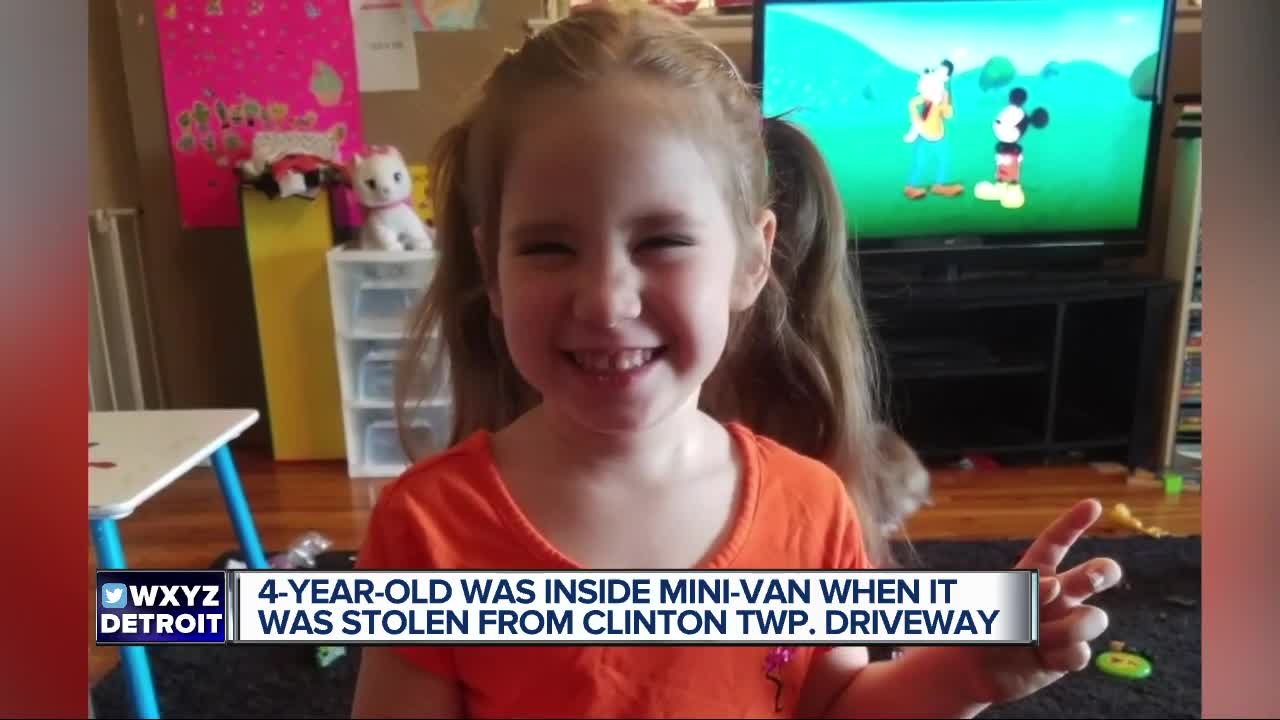 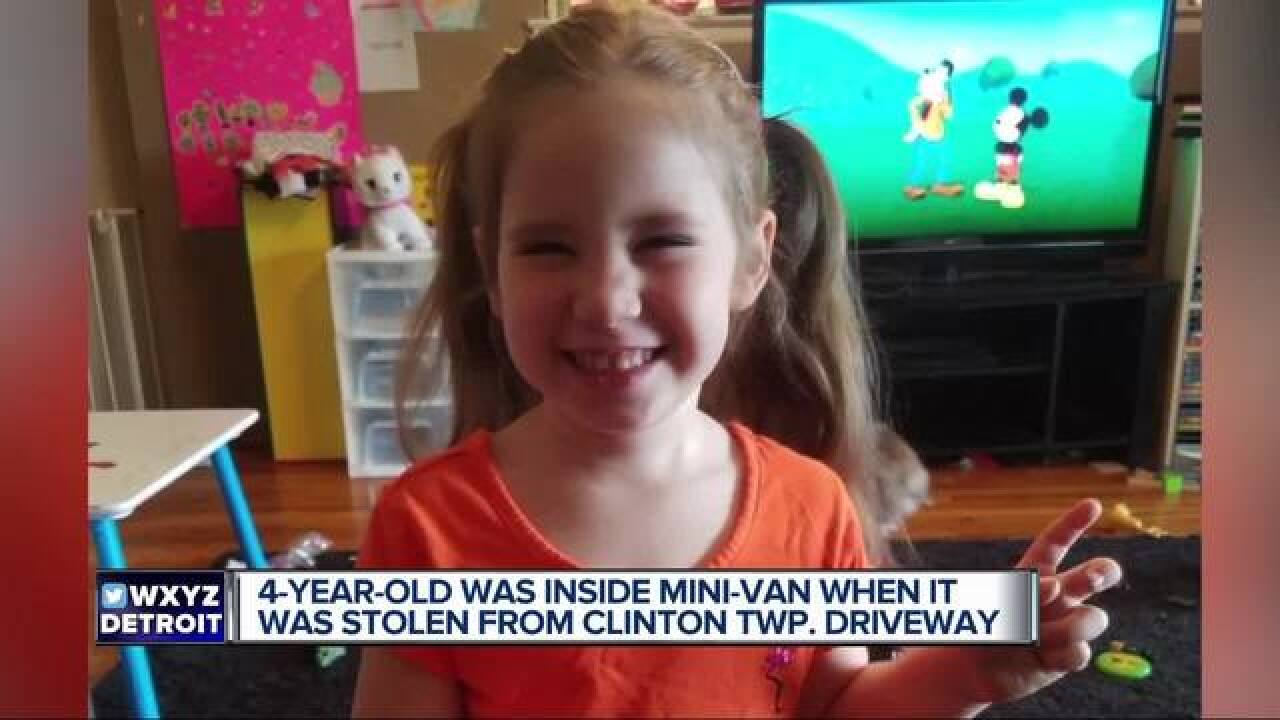 According to Clinton Township police, the stolen van has been located thanks to a tip from a 7 Action News viewer.

Clinton Township police, along with officers from the Detroit Police Department, are now on the scene investigating and preparing to tow the truck.

No other updates are available at this time.

Clinton Township Police are investigating the theft of a van with a 4-year-old child inside.

Police say the incident occurred around 7 a.m. Monday morning when a woman went to a home on McKishnie Street to pick up her son from a relative's home.

While in the home, she left her 4-year-old daughter in the van while it was still running. A man riding a bicycle came by and drove off in the van, but discovered the child inside.

Police say he left the child out of the van in the area of 14 Mile and Gratiot and fled the scene.

She was discovered walking in the area by business people. Police say she is unharmed.

Four-year-old Brooklyn’s mother Brandy McPherson said, “I held her and hugged her so tight. I was so happy to see her.”

She chased after the stolen van.

“She kept asking me why he threw her out of the van and why did he take her backpack.”

McPherson cried, “Is she safe? Is she hurt? I just wanted her back.”

“She was a little scared because she didn’t understand why this man got in our car and took it.”

“Thankfully a Good Samaritan has called the police and told them they found a little girl walking the sidewalk and I’m hoping they will come forward so I can thank them because of them they were able to find her, and she was safe and unharmed.”

When asked if she could say something to the carjacker, McPherson responded, ”What were you thinking?”

She went on to say, “I hope something terrible happens to him.”

The van is described as a red 2010 Chrysler Town and Country van, with damage near the rear license plate holder.

It has a Michigan license plate of DNU 1455.