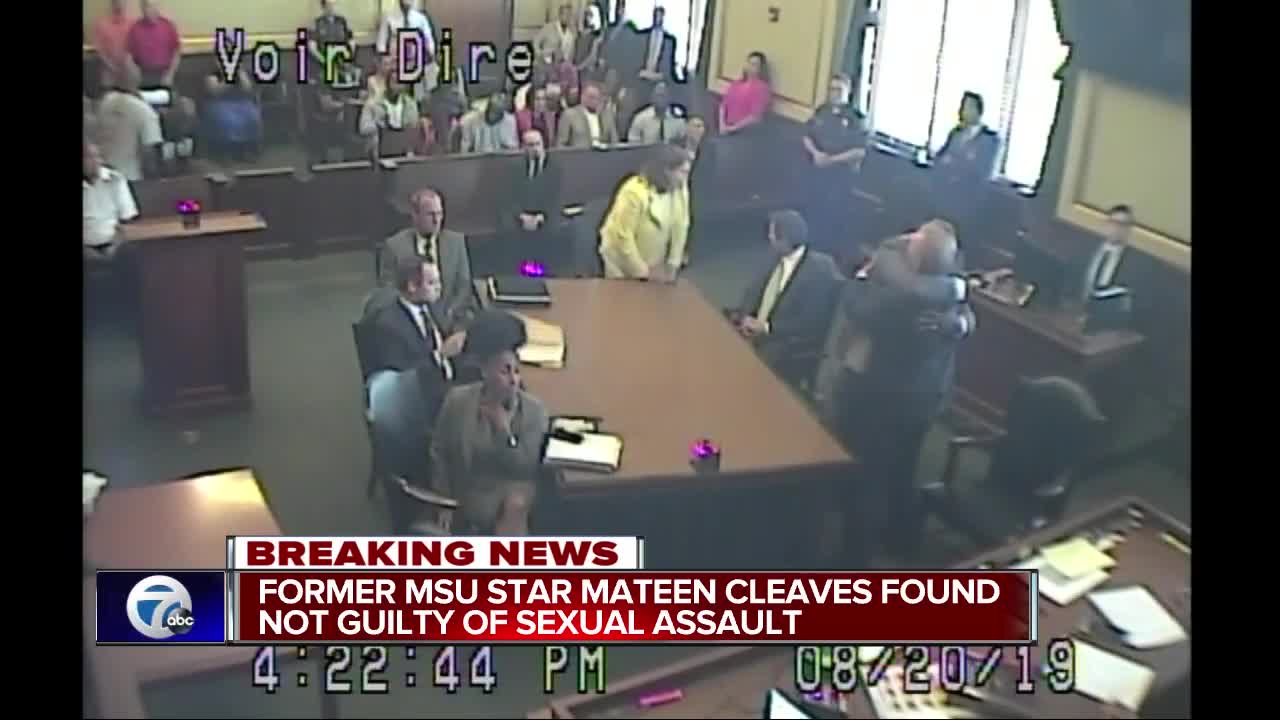 The jury was given instructions around 1:30 p.m., and delivered a verdict less than three hours later.

The trial comes four years after the sexual assault allegations against Cleaves.

In September 2015, a woman accused him of sexual assault, telling investigators that she met Cleaves at a charity golf outing and then sexually assaulted inside a Flint-area motel.