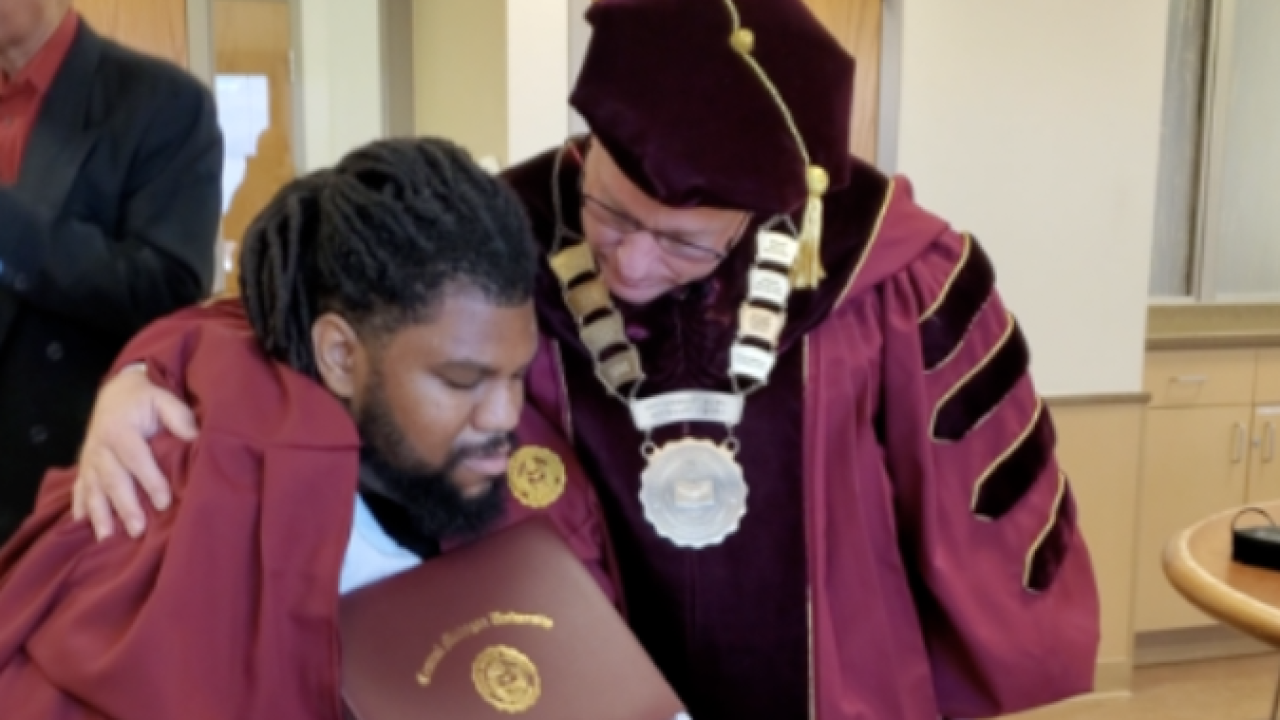 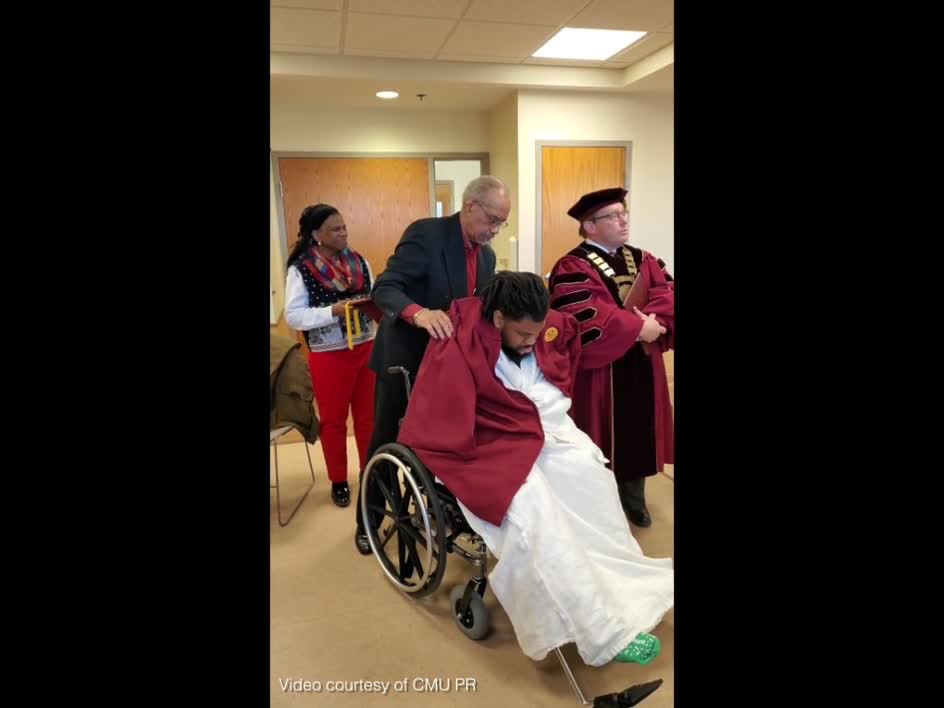 After a Central Michigan University student was hit by a car and unable to attend his graduation ceremony, the university's president stepped in to personally deliver his diploma at a local hospital.

Walter Tuft II, a senior at the university, was hit by a car while off campus. Both of Tuft's legs were broken, making him unable to walk across the stage for his upcoming graduation. While undergoing rehab at Beaumont Hospital in Royal Oak, university President Dr. Robert Davies made sure the student didn't miss out on one of the most important days of his life, especially after overcoming academic obstacles.

"It is an amazing experience to do that for... Walter Tuft II," Davies said. "He has an amazing story of tremendous grit, going to Central Michigan University, not doing well in his first year... and then taking time off, fighting through academic suspensions to get back to where he is graduating and he is moving forward."

Davies presented Tuft, who is from Troy, with his diploma in front of family and friends.