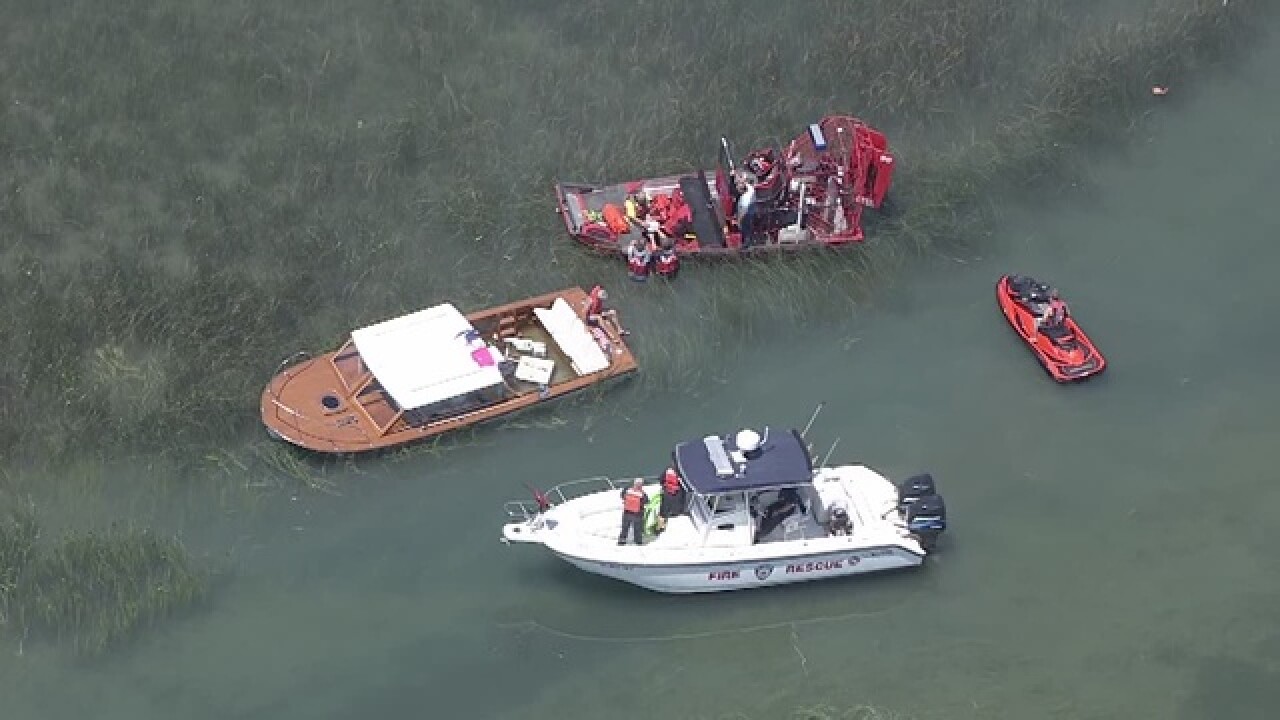 Officials say that a man was injured when his jet ski collided with a boat near in Fisher Bay near Harsens Island on Thursday afternoon.

When the jet ski and boat collided, it put a hole in the boat's bow and it sank in three-feet of water.

St. Clair County Sheriff's Lt. Paul Reid says the boat driver and jet skiier are at fault. While the speed limit on the lake is 55 mph, they weren't going anywhere close to that. They were going too fast considering visibility.

The people on the boat were okay, but EMS crews rushed the man to the hospital. They believe he had broken ribs and a possible neck injury.