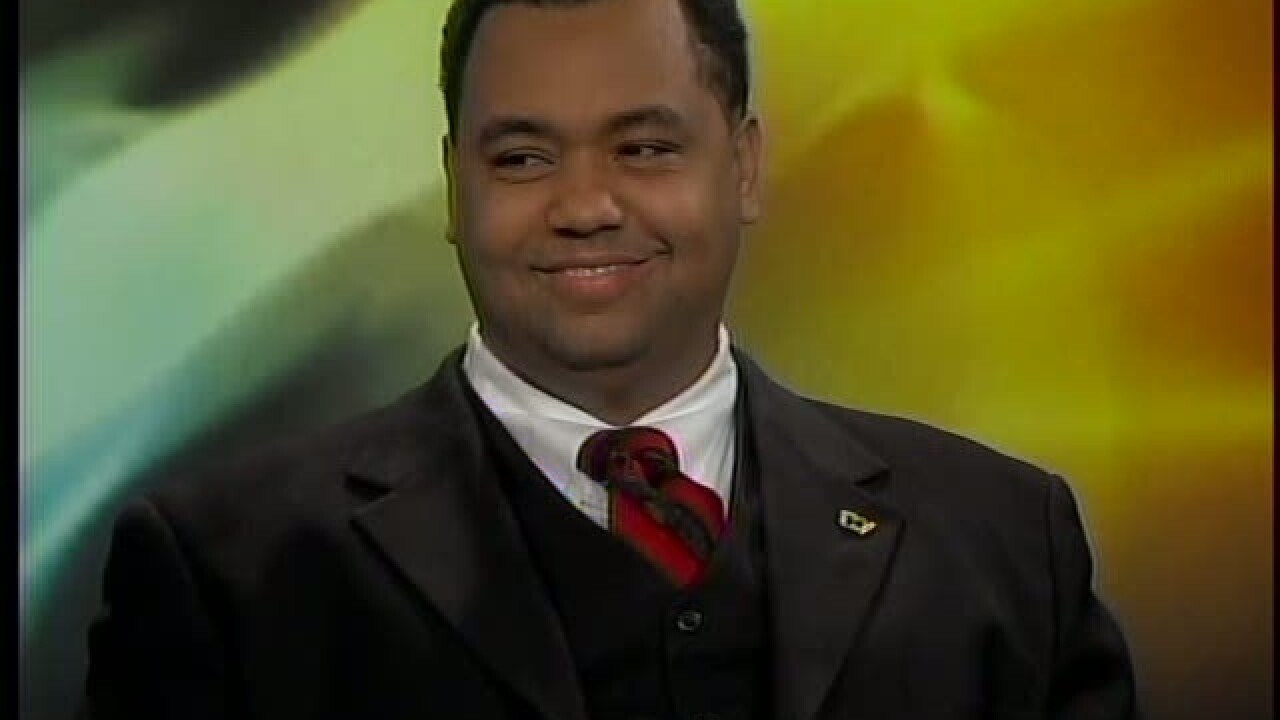 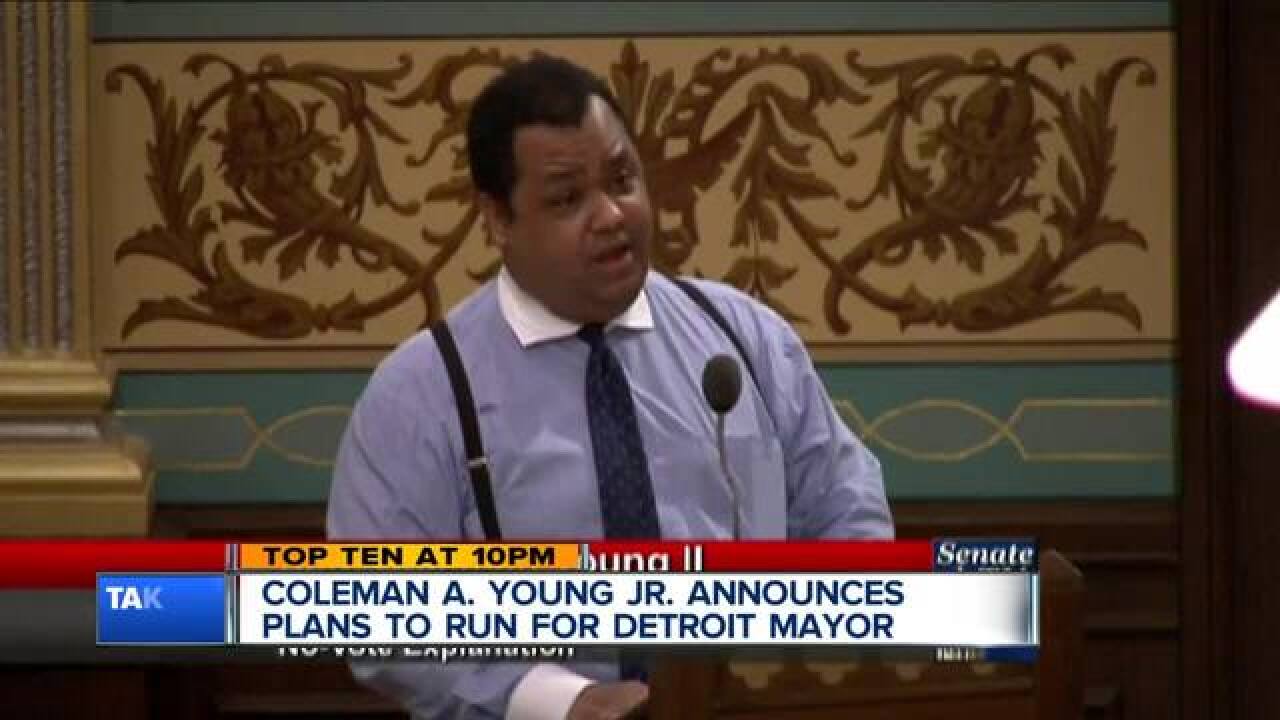 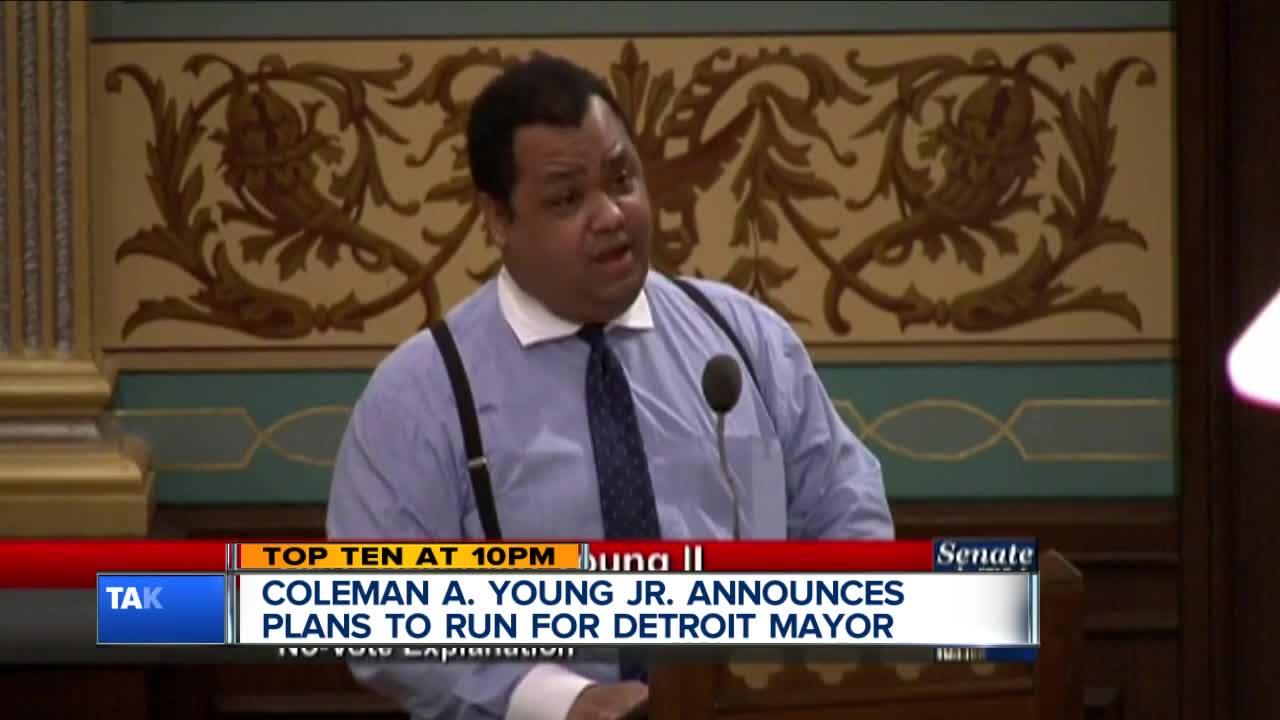 Young, a current state senator, made the announcement on WHPR radio.

His father, the first African American mayor of Detroit, served from 1973 to 1993.

The mayoral primary is in August.