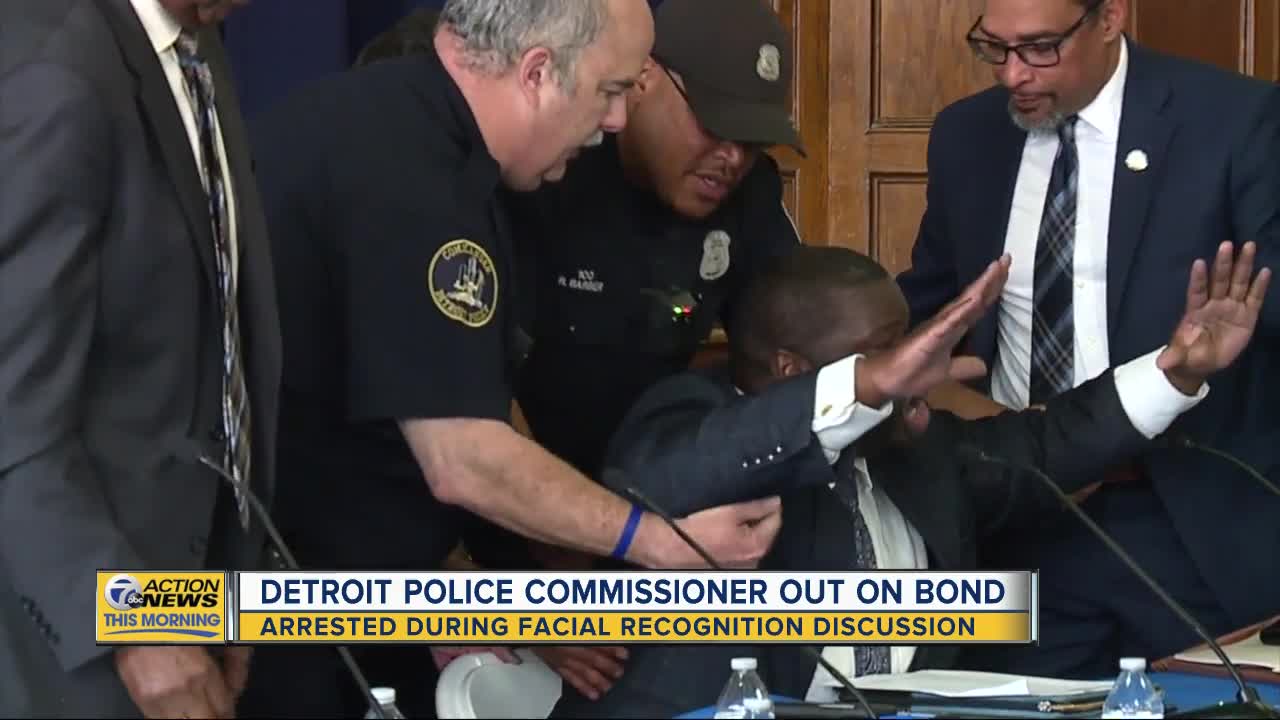 Detroit police commissioner out on bond after arrest at board meeting 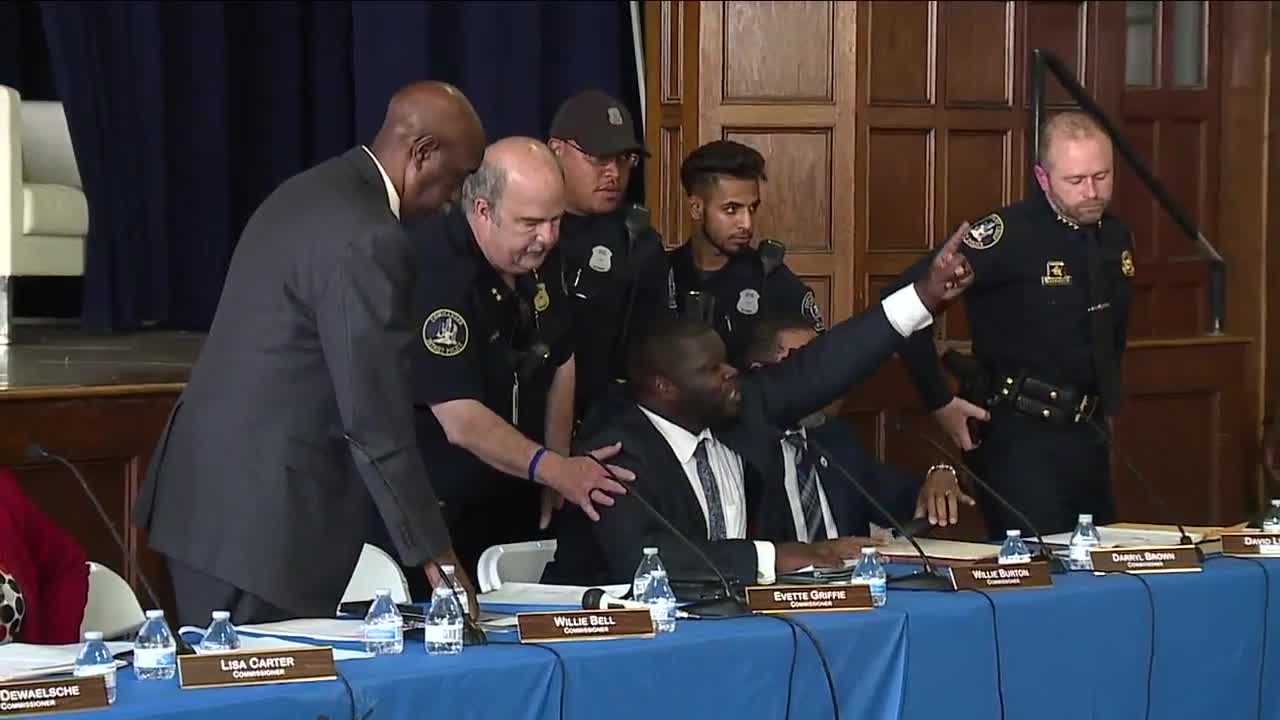 DETROIT (WXYZ) — Things got heated at the Detroit Board of Police Commissioners meeting Thursday night. Chaos erupted after a commissioner was arrested. Protesters were also in attendance wearing masks to hide their identity in protest of the use of facial recognition technology in the city.

Chair of the board, Lisa Carter, ordered Burton's removal.

"For the third time you’re out of order, and I’m going to ask that Commissioner Burton please be removed from the meeting," Carter said.

Burton was taken away in handcuffs after the Chair asked him to be removed when she said his time for comment was up.

"He just asked her what is she going to do differently," Commissioner Darryl Brown said.

Protesters were symbolically wearing masks as a sign to shield their identity. Community advocates say they wanted to have a peaceful protest and get their message out.

"We need to ensure that our voice is heard," said community activist Tom Choske. "Unfortunately, things got a little out of hand and we lost that respect. We lost that civility and I’m concerned that our message got lost."

Things got heated tonight at the. detroit Police Commissioners meeting. Commissioner Willie Burton arrested after the Chair asked him to be removed. pic.twitter.com/ynuw0OPeEQ

The facial recognition technology would be used in crimes like carjacking, home invasion, robbery, murder or sexual assault.

"I’m all for technology and giving our officers the things that they need to do their jobs, to make them easier," Commissioner Brown said.

The use of facial recognition is a controversial debate. Until policies are in place, many people, even police commissioners, wonder how this technology will ensure privacy.

The meeting was held at the Durfee Innovation Society.

A few protestors were at the meeting wearing masks protesting the use of facial recognition. We will the whole story tonight @wxyzdetroit and @tv20detroit hear from Commissioner Brown and a community activist who’s against facial recognition pic.twitter.com/JVV0Pp8IfT

"We have to make sure we have sound policy and that we have technology that really works, that can give us what we need," Brown said.

Commissioner Burton was arrested for disorderly conduct. Shortly after, he posted bail and was released.