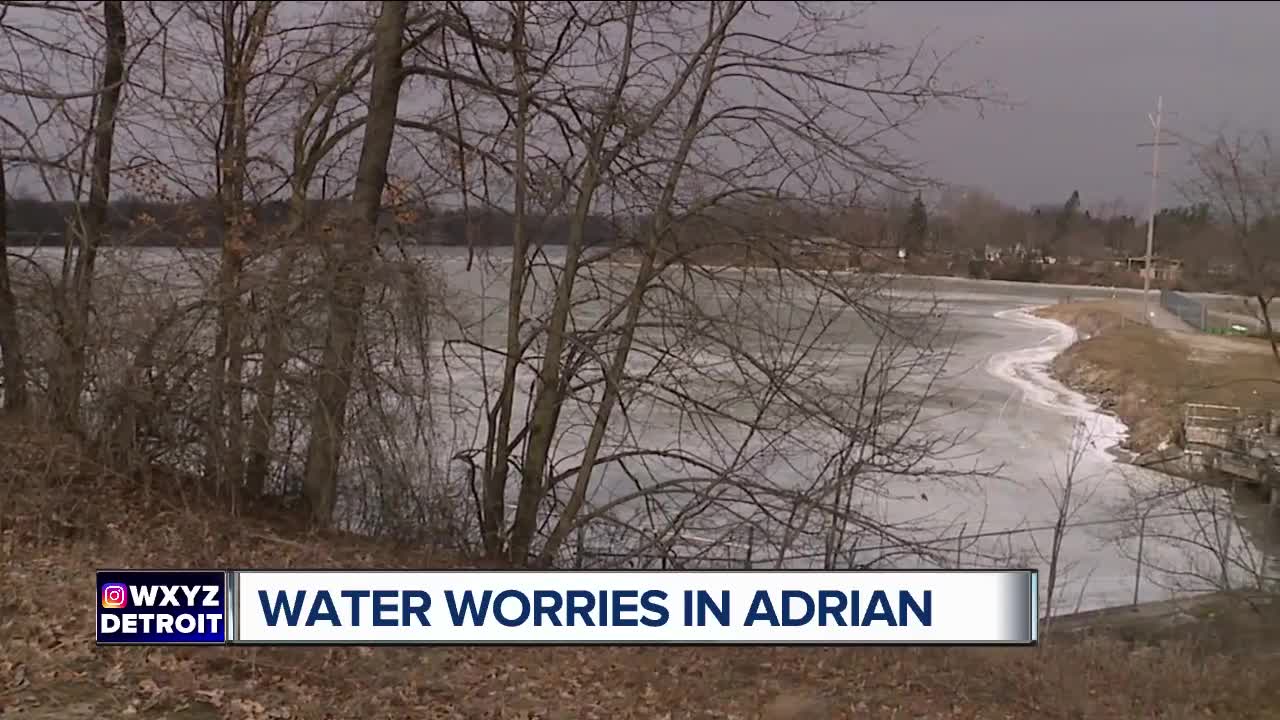 An odor and odd taste in the water began to ruffle feathers in Adrian late last year. The public began asking questions, and now the city is teaming up with an engineering firm to figure out what’s leading to the taste/odor issues. While the city believes the water is safe, at least one group of concerned citizens is raising red flags — asking for more testing.

ADRIAN, Mich. (WXYZ) — An odor and odd taste in the water began to ruffle feathers in Adrian late last year. The public began asking questions, and now the city is teaming up with an engineering firm to figure out what’s leading to the taste/odor issues.

While the city believes the water is safe, at least one group of concerned citizens is raising red flags — asking for more testing.

“I don’t allow them to drink it,” said Brittany Dulbs, when asked how she deals with the tap water in her home and her children. “I won’t cook with it either. The only thing we do is wash dishes, bathe and wash clothes.”

Dulbs said the taste was her first concern, noting that city water tasted like dirt the last time she drank it several months ago.

Since then she teamed up with others and started collecting informal surveys online through social media and compiling a list of people who’ve had concerns with the water. She believes that there’s a bigger concern than just taste and odor.

Two rounds of testing by Dulbs’ group turned up multiple samples where DNA markers for cyanobacteria was present.

“It’s scary,” said Dulbs. “It’s scary when you start to look at the science of it.”

Cyanobacteria has been in the news more and more lately. It’s also known as blue green algae, the same green sludge that covers Lake Erie during the summer in recent years. Back in 2014 a threat of cyanobacteria led to the city of Toledo to declare an emergency causing them to shut off water intakes due to toxicity.

However, cyanobacteria isn’t toxic — scientists note that it can come with toxins such as microcystin, but to date neither the city or the environmental group in Adrian found it during testing of their water. That said, Dulbs and others aren’t convinced that the cyanobacteria couldn’t cause safety issues — other toxins have been linked to cyanobacteria that she believes should be tested for.

David Sherman, PhD, a research professor at University of Michigan’s Life Sciences Institute, discussed the situation with 7 Action News. According to Sherman, blue green algae is becoming a larger concern throughout the midwest. He said that more exact testing needs to be done — testing beyond those done by the concerned citizens — to get to the bottom of what’s in the water.

“The situation has changed,” said Sherman. “As we have more blue-green algae blooms there is a different concern than there was 5-10 years ago. We need to keep up with this change and implement new methods for quality assurance of our water system.”

As it stands now there is now there is no formal drinking water standard when it comes to cyanobacteria. Much like PFAS, and other items that have made headlines in reference to water quality concerns, the EPA merely has a health advisory level that is used as an informal guideline for community water systems. In fact, Adrian is doing more testing than is required by the EPA or MDEQ.

“The methods that have been used to test water and water quality are somewhat antiquated,” said Sherman. “They’re looking for the right things, but there’s new risks that we haven’t full taken into account.”

It’s not clear what type of testing is being done in the city of Adrian. Sherman said that DNA testing by the concerned citizens wasn’t enough, he believes that microcystin and other toxins should be investigated using a mass spectrometer. Calls and emails requesting information about the type of testing the city has done went unanswered, however, the city noted it has regularly tested for microcystin and has not found it in the water to date.

In the meantime, the city of Adrian has sent out water tests to homeowners this month to continue it’s investigation into the odor issue. As for other concerns, they note that they’re confident after talks with the MDEQ and the local health department that they’re meeting all requirements.

As for Dulbs, she’s hoping further testing is done. Until then, she said, she will stick to bottled water and avoid the water in Adrian.