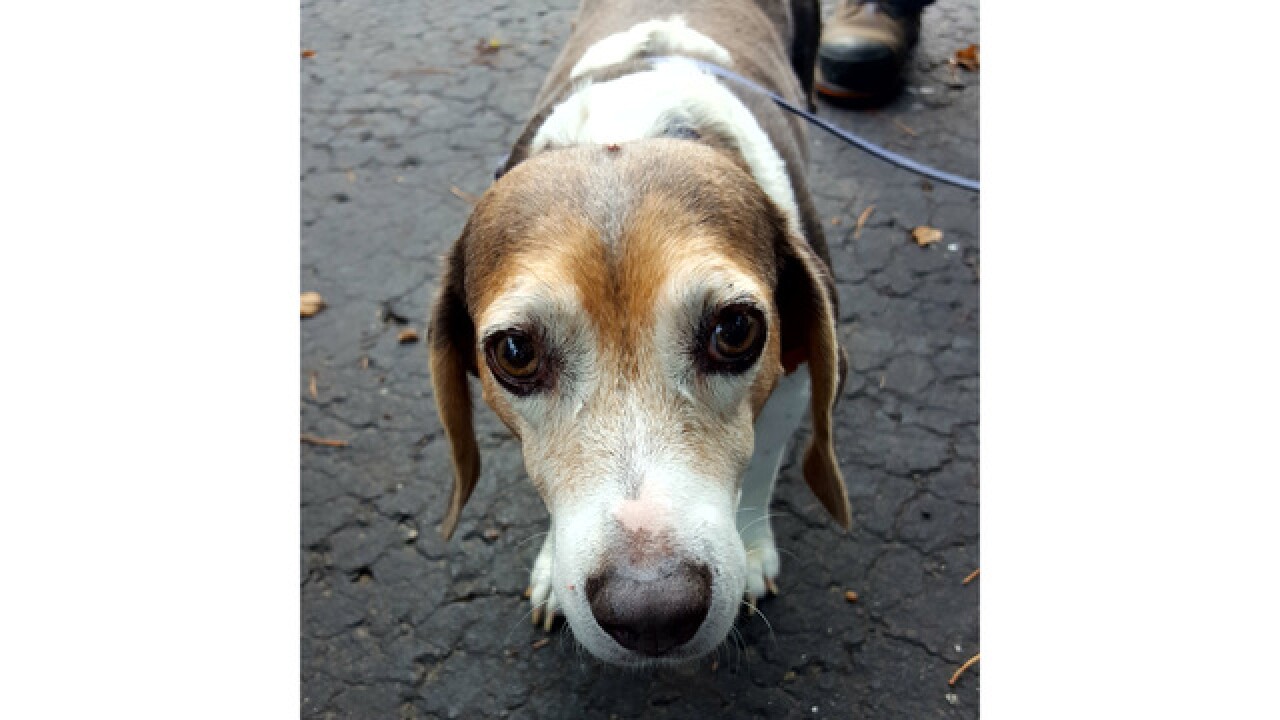 A 26-year employee, Houseman is a devoted animal lover who is responsible for performing gas leak investigations and appliance repairs out of Consumers Energy's Howell service center. On July 3, he responded to an emergency request to shut off natural gas off at a house fire on Coon Lake Road in Howell.

When Houseman arrived, firefighters were battling a fully engulfed fire believed to have been caused by spent fireworks reigniting in the garage.

While he was working to ensure gas was shut off, Houseman kept thinking he had been to the home in the past. A big animal lover, he also thought he remembered an elderly beagle living there.

After making sure the gas situation was safe, he requested prior service records for the address and found he had performed an Appliance Service Plan repair on the home's service about one year earlier.

He immediately told firefighters that he was sure a dog lived in the home. Firefighters found Pearl, a 12-year-old beagle, cowering underneath a bed. She was scared but not hurt.

“When I saw them carrying Pearl out, I teared up. I was so happy she was found safe and sound,” he said.

When Claire Stevens arrived at her home, she was thrilled to see Pearl was safely rescued.

“It was a surreal and horrible to see the damage to the house, but material things can be replaced. Knowing my children were safe and not home when the fire occurred was the most important thing. It was a very lucky coincidence, maybe even divine intervention, that Guy was the person who responded to turn off the gas because firefighters wouldn’t have known Pearl was inside,” Stevens said.