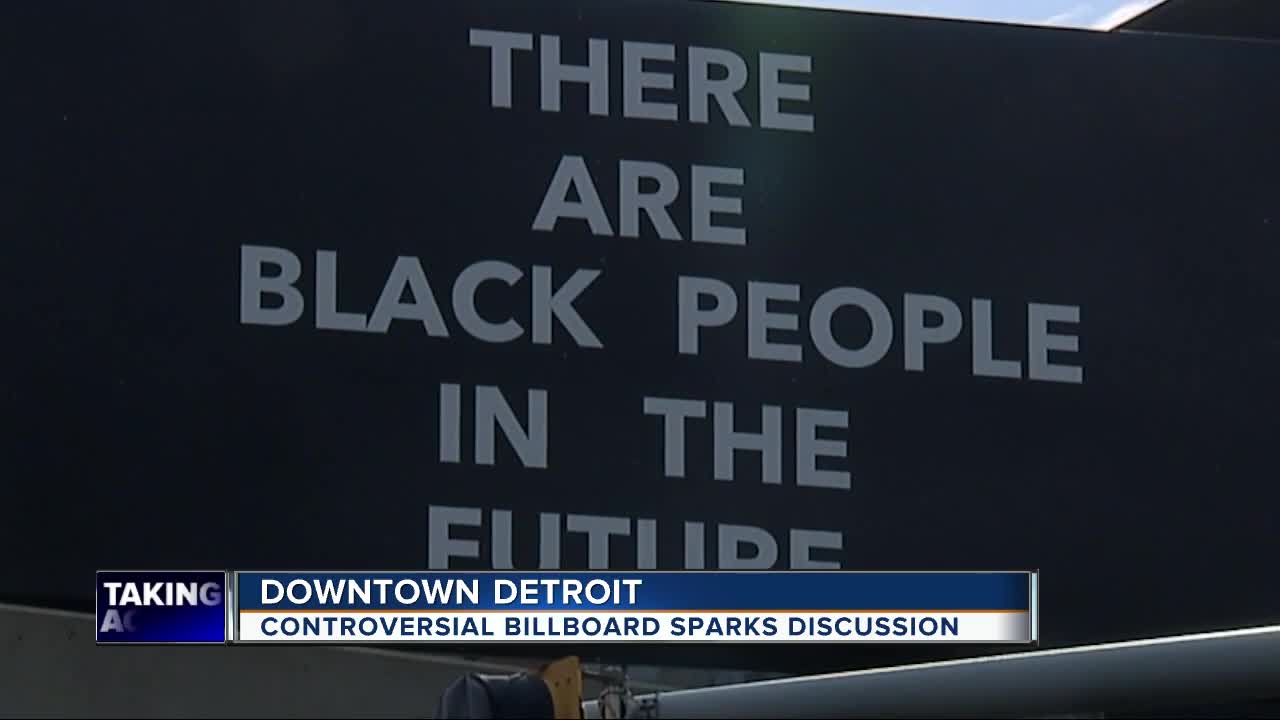 A controversial billboard atop the Queens bar in downtown Detroit is part of an art exhibition that is addressing gentrification in the city.

DETROIT (WXYZ) — A controversial billboard atop the Queens bar in downtown Detroit is part of an art exhibition that is addressing gentrification in the city.

TONIGHT: Despite backlash in another major city - organizers don’t expect any trouble in #Detroit. Our story about this controversial billboard airs tonight on @wxyzdetroit at 11. @LSCgallery #art pic.twitter.com/veYWmmfhDa

Pittsburgh artist Alisha Wormsley created the billboard which reads: "There are black people in the future."

"People feel left out when you say one group," Wormsley said, "But that's not the purpose. The purpose is to lift marginalized people up so everybody has a future."

"I thought this would be the perfect way to begin that conversation in a highly gentrified space," LaFleur told Action News.

However, the billboard was reportedly removed from above a Pittsburgh building last year after concerns were raised.

The owner of the building in Detroit did not want to comment on the art installation. The billboard is schedule to be on display until Sept. 7.

Organizers will also sell yard signs of the display. The funds will go towards sending young school children to Ghana.