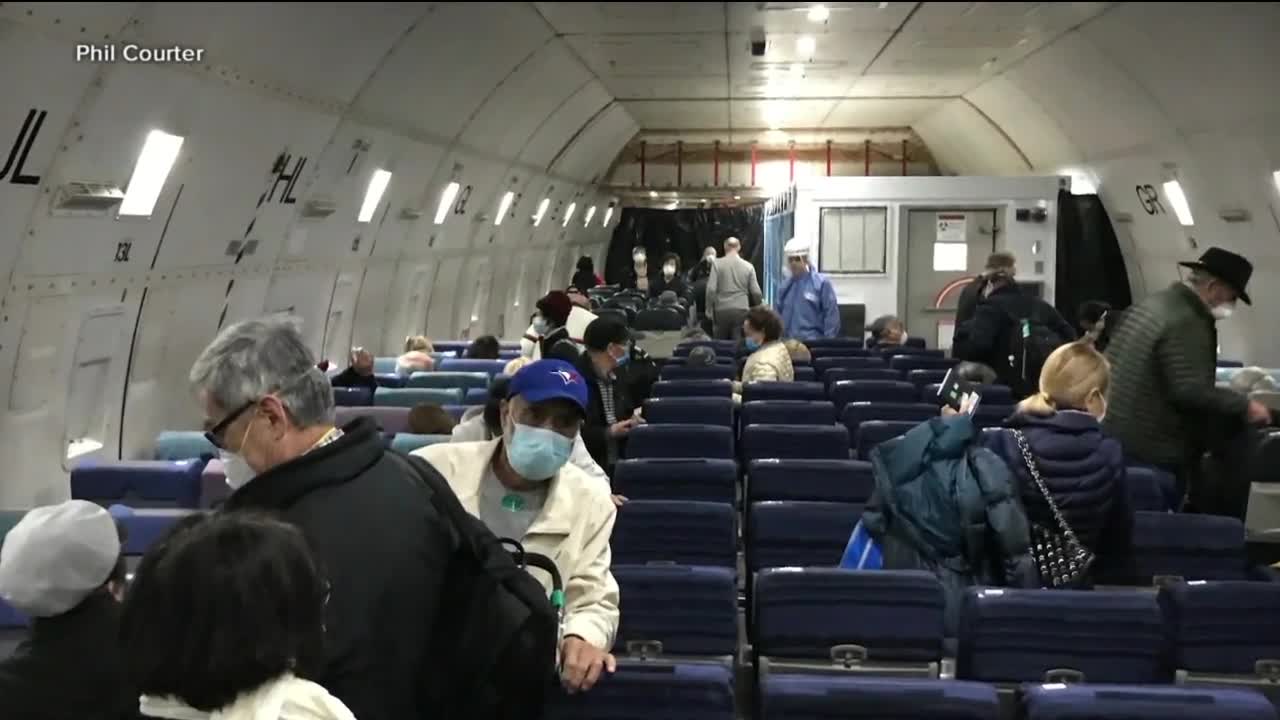 In our Health Alert tonight, over 300 Americans were evacuated from the quarantined Diamond Princess cruise ship in Japan and flown back to the United States on U.S.-government chartered planes.

(WXYZ) — In our Health Alert tonight, over 300 Americans were evacuated from the quarantined Diamond Princess cruise ship in Japan and flown back to the United States on U.S.-government chartered planes. While 14 of them tested positive for COVID-19, the CDC has not included these numbers in their “Persons Under Investigation” national count. Which remains at 15.

That’s because the CDC considers those 14 evacuees as “presumptive-positive” cases. You see these people were tested in Japan about 2 or 3 days before boarding planes to fly home. And that’s not to say that the testing was done incorrectly or was inaccurate. It’s just that the CDC is following its own procedures, which means these 14 folks need to be retested with the CDC’s approved testing kits. So specimens have been taken and we’re just waiting to hear the results.

Will all of them be quarantined for 14 days?

Yes, despite spending almost two weeks on the ship in quarantine, they are quarantined again here in the US for a total of 14 days. All of the folks were taken to military bases. All 14 who tested positive were kept isolated from those who tested negative on the flight home. And they continue to be kept in isolation while being treated at the military bases.

China has published a paper with details on confirmed cases of this coronavirus, what can you share about this?

This information is extremely useful because it helps us get a clearer picture of how COVID-19 is affecting humans. Now the paper published contains data from over 44,000 confirmed cases of this deadly virus. The good news is that over 80% of patients end up with a mild form of this respiratory virus and recover. But in 14% of cases, those inflicted end up with a severe form of COVID-19 which includes pneumonia & shortness of breath. And 5% of cases become critical. Patients can face respiratory failure, multi-organ failure and septic shock - all of these are very dangerous. As for the death rate, 2% of cases were reported fatal. And fatalities generally involved older people. Now looking on the positive side, this dangerous respiratory virus appears to not be as deadly as SARS and MERS. And hopefully, the confirmed case numbers will continue to decline in China.