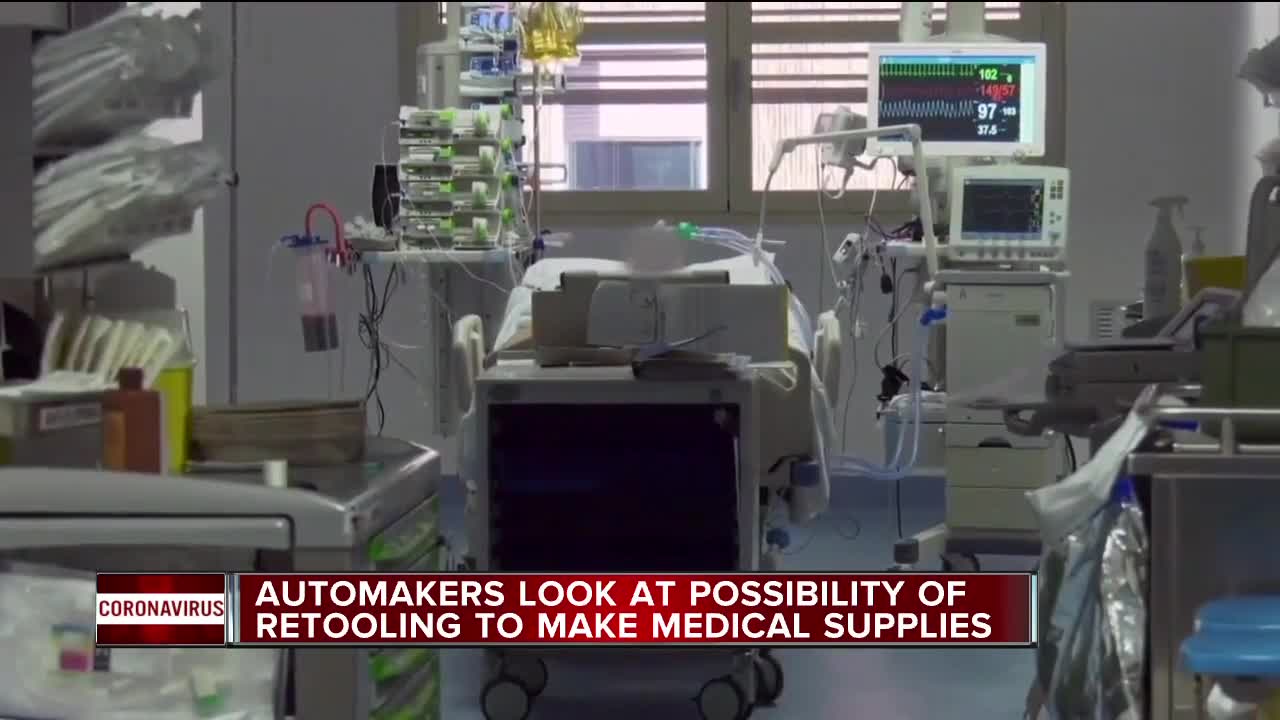 Ford and GM say they are talking about helping in the Coronavirus crisis.

DETROIT (WXYZ) — Ford and GM say they are talking about helping in the Coronavirus crisis.

The call is coming from President Trump. The nationalism moves could mean retooling from cars and trucks to medical equipment.

Ford said in a statement, “We have had preliminary discussions with the U.S. and U.K. governments and looking into the feasibility.”

GM said in a statement, “GM is working to help find solutions for the nation. We are already studying how we can potentially support production of medical equipment like ventilators.”

Autoline Auto Analyst John Mc Elroy says, “they’re not going to retool plants that make cars and trucks to start making respirators, ventilators and masks. That would just take too much time.”

Instead he says, skilled trades workers inside the auto plants perform magic, “turn this over to the techs in the industry who can make anything. A lot of them have machine shops in their garages at home!”

GM closed the Warren transmission plant last year. Could that be one of the sites where this new production gets underway?

Everything is on the table in a crisis President Trump says no one has ever seen before.