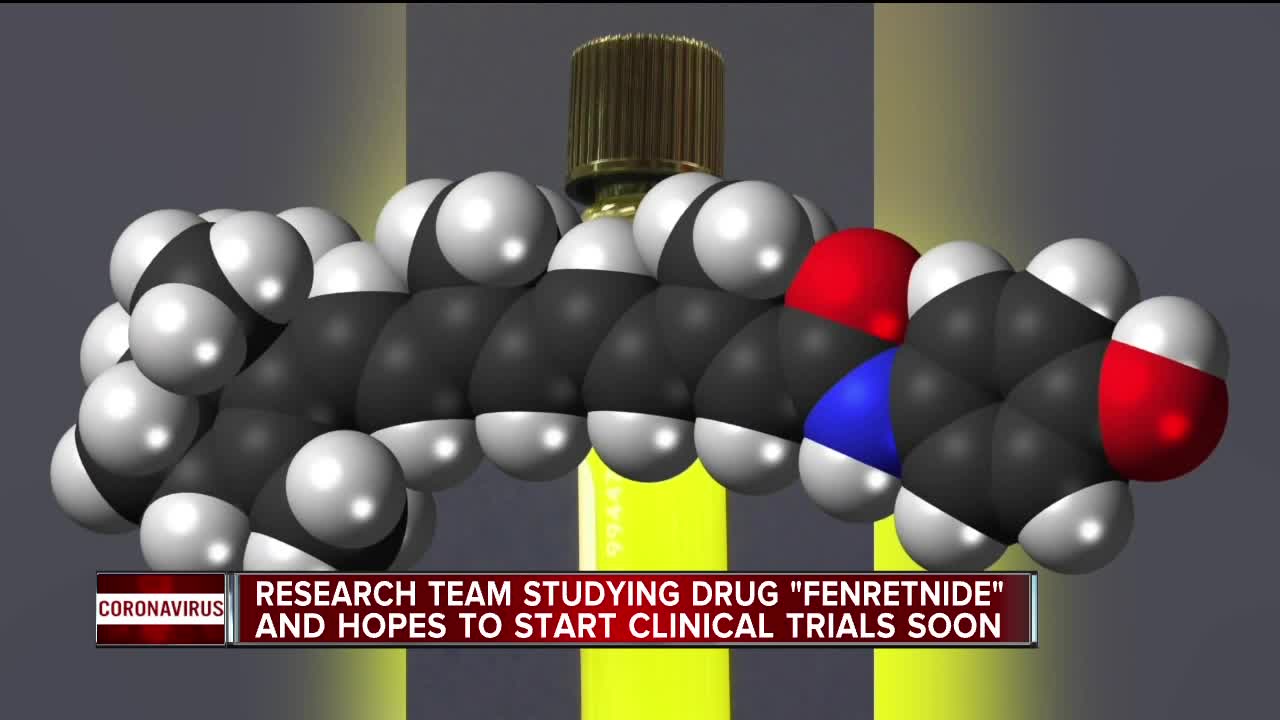 Earle Holsapple is taking his expertise in the fight against cancer and applying it to the fight against COVID-19. He tells 7 Action News he and his team of scientists were already studying a drug called fenretinide.

He tells 7 Action News he and his team of scientists were already studying a drug called fenretinide.

"It's a very versatile drug. It's been tested in lots of diseases besides cancer. One of those are viruses," Holsapple said.

He says fenretinide is not a cure, but its antiviral properties stop the virus from multiplying. Holsapple says it also encourages the body's immune system to kick in early and prevent organs from shutting down.

He says his company has spent the last five weeks in a full court press, applying for funding from the US government and sent the drug to be tested at a university.

"We just got the results back a couple of days ago, and so it shows activity in COVID-19," Holsapple said.

It's promising news as his team hopes to start a trial as soon as possible.

"We believe this drug has as good a chance at working as any and reducing the impact of this virus," he explained.

Holsapple says he'd like to conduct clinical trials in either Chicago or Detroit and says he should know in about two months if this drug will be effective.

He said, "We're excited about the potential impact of this and its likely impact. We call it 'likely'. No one really knows for certain."