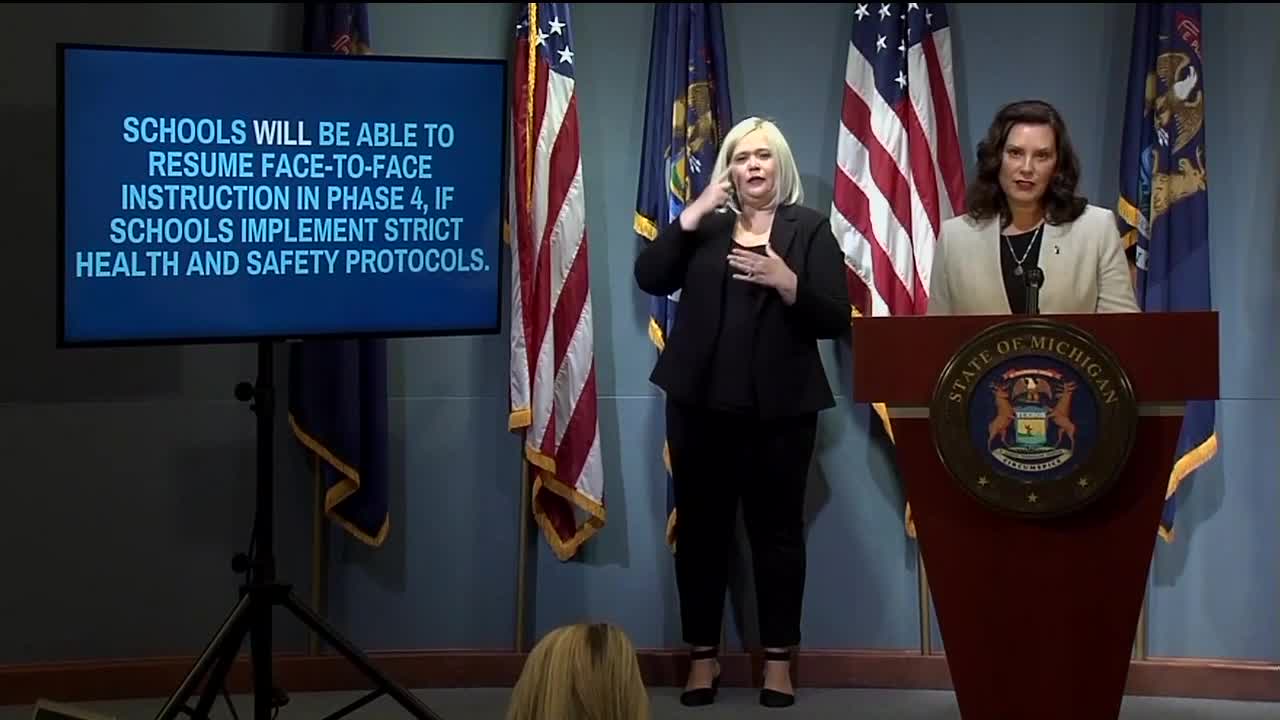 Whitmer: Michigan is standing out as having done well in terms of pushing our curve down 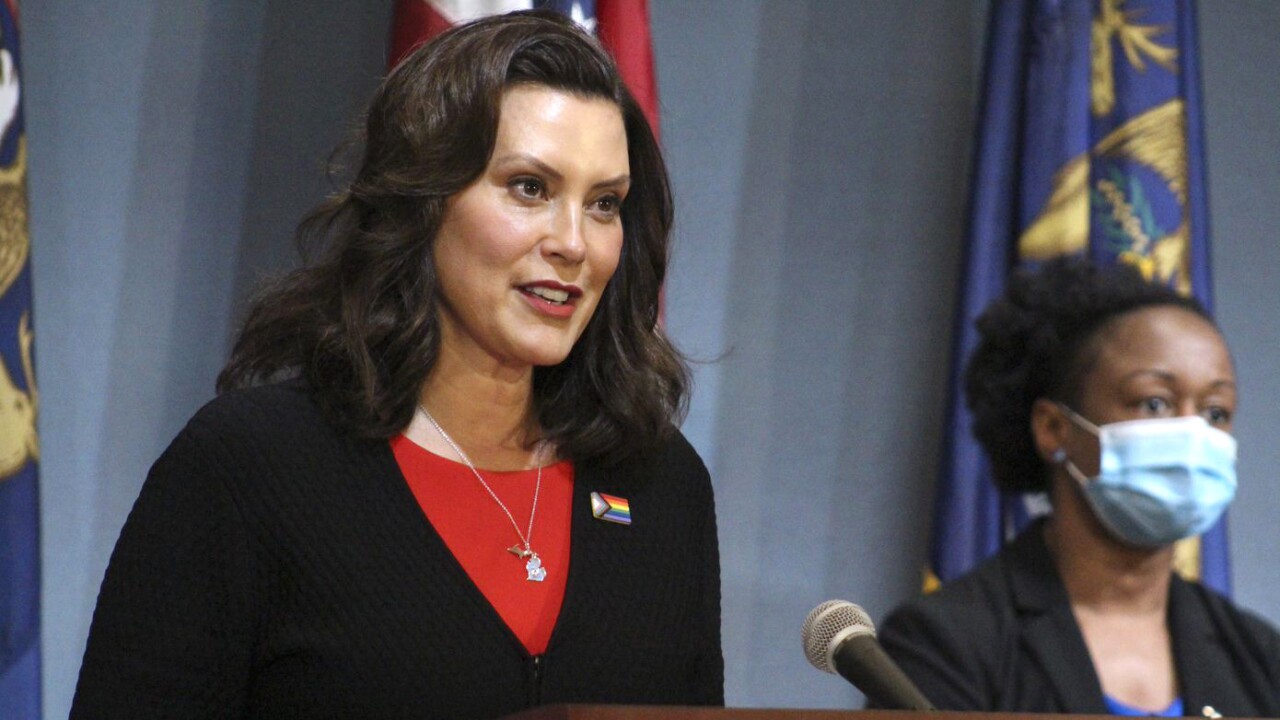 In a press conference Wednesday, Whitmer said the aggressive actions protected families from the spread of COVID-19 and lowered cases and deaths.

She said that before the public health measures were in place, the average Michigander spread the virus to three other people. This number then decreased to 2.5 people, then 1.25 people, then 0.8.

Whitmer said that only Michigan and New York are the states currently on track to contain COVID-19.

She noted that without aggressive measures, daily new cases at their peak would have been 2.7 times higher than what the state actually had. She also said the state could have experienced 28,000 more positive cases before June 1.

"It is still important to note that this is a novel virus," she said. "We have to continue to stay vigilant, and we've got to be flexible to lower the chance of a second wave."

"Because the vast majority of Michiganders are doing the right thing, we are not yet seeing another spike here."

Whitmer also announced the next steps for Michigan schools to reopen in the fall.

She will release an executive order and a plan called "Michigan's Return to School Roadmap" that will lay out details on what will be required and recommended for schools. That's expected to be released on June 30.

Whitmer also criticized those who "attempted to take away" her authority.

"Any attempt to strip away the powers of the governor during this crisis is irresponsible, dangerous and foolish," she said.