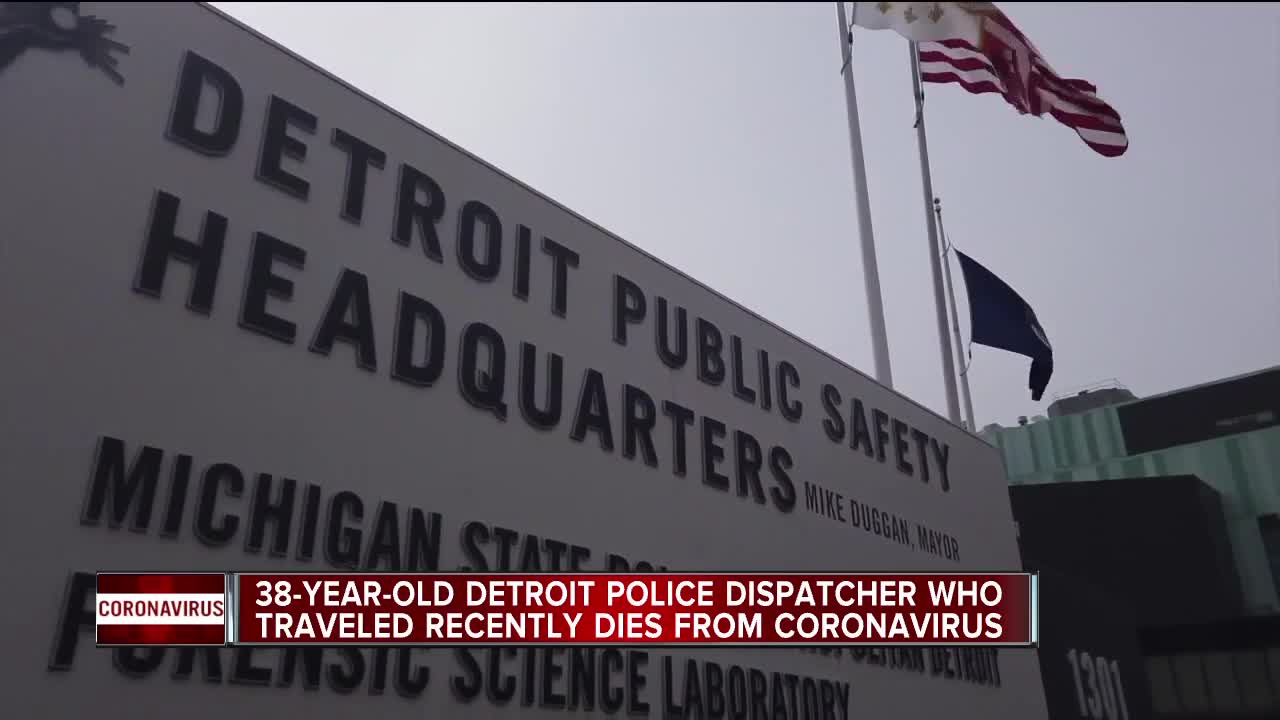 A Detroit Police Department member has died from the novel coronavirus, according to the department. 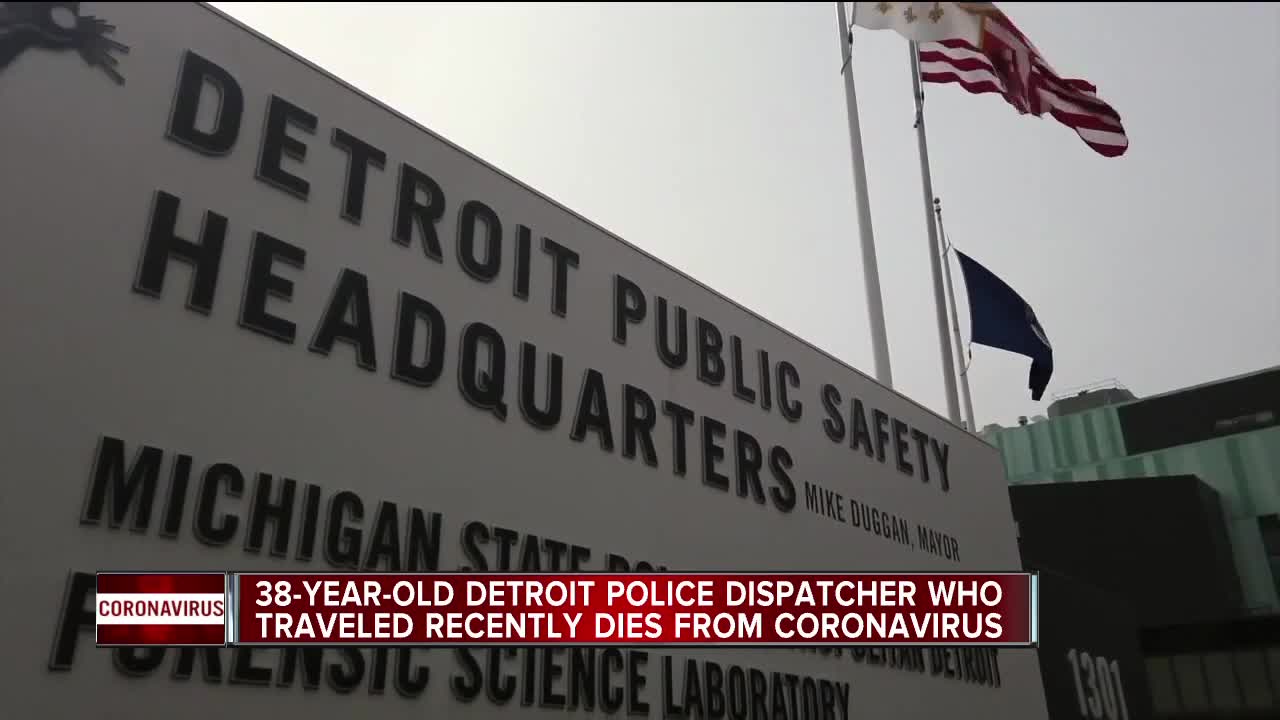 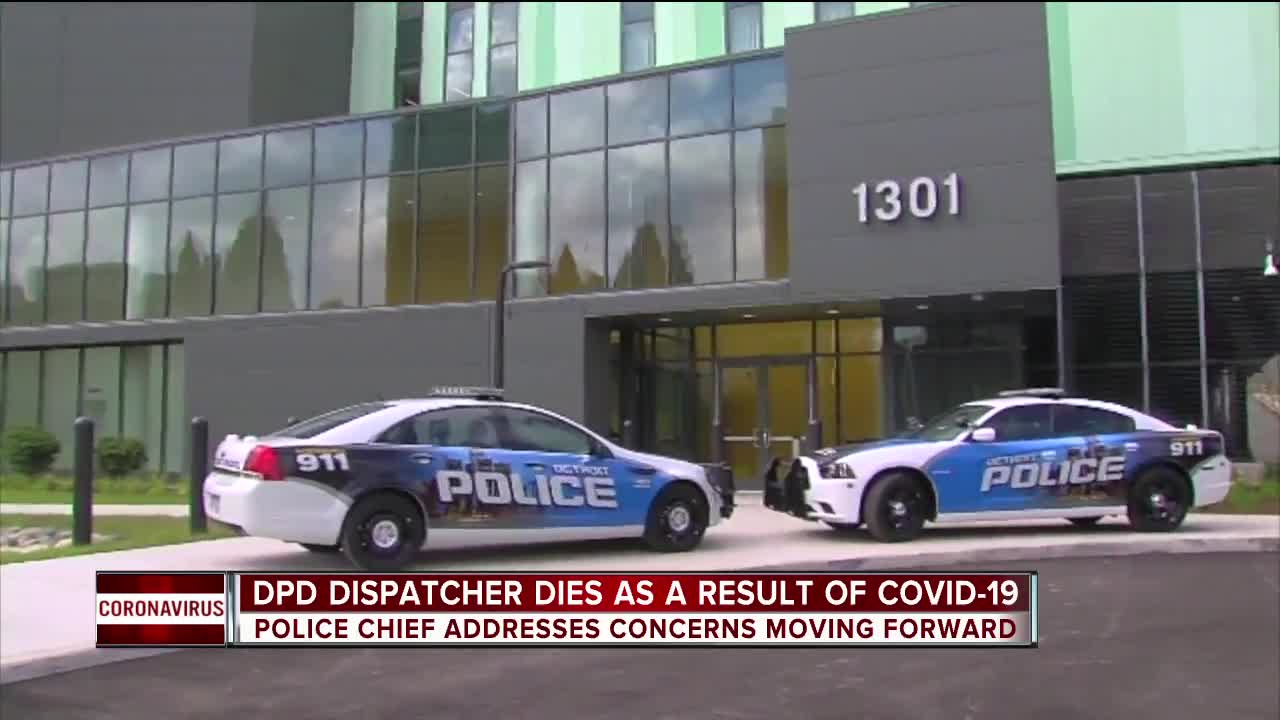 DETROIT (WXYZ) — A Detroit Police Department member has died from the novel coronavirus, according to the department.

Detroit Mayor Mike Duggan said that on the week of March 9, the employee traveled out of state. Upon arrival, he reportedly wasn't feeling well.

By this past Saturday, the employee was in the ICU with what was originally thought to be bronchitis.

He passed away early Monday morning. Police noted that the employee had respiratory issues.

"It is not just elderly people who are dying of these disease," Duggan said. "It is critical that we respect the social distancing rules."

Chief James Craig said that the dispatcher served the city for 11 years, coming to DPD after working for the Detroit Department of Transportation.

"He was beloved, he was respected by all who worked with him," Craig said. "He's going to be truly missed."

As of Monday, more than 200 officers have self-quarantined. There were eight confirmed cases within the department, as of Sunday.

Detroit Police say they may ask for the state's help as the number of officers infected with COVID-19 continues to rise.

Earlier this week, Chief James Craig encouraged his department to relax on some misdemeanor arrests in an attempt to slow the spread of the virus.

Craig said issuing citations — writing tickets — impounding cars not used in a crime and making minor arrests can be a financial burden on the public during this particularly stressful time. This could also cut down on interactions between officers and the public, keeping his department safer.

Chief Craig wants to remind residents they are not turning a blind eye to crime, but this could help reduce the spread of the virus.

Craig said roll calls have been replaced with electronic communication and informational packets in order to enhance social distancing.