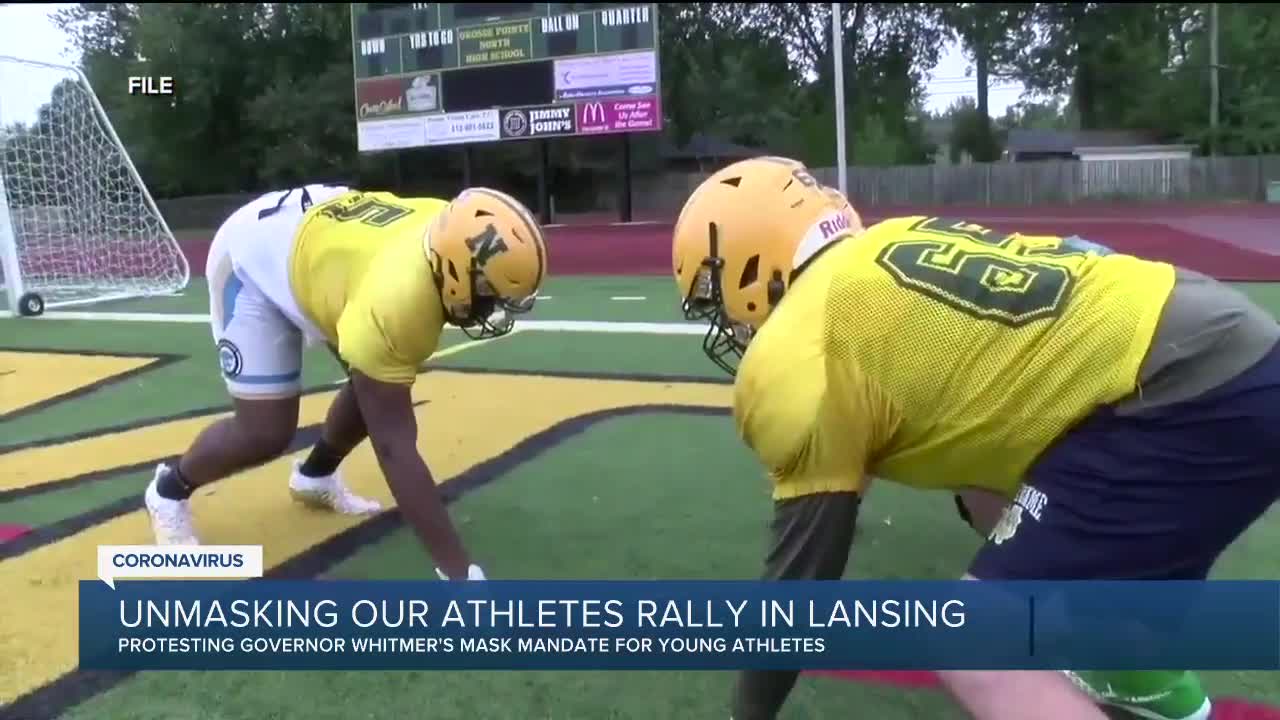 Unmasking our athletes rally in Lansing 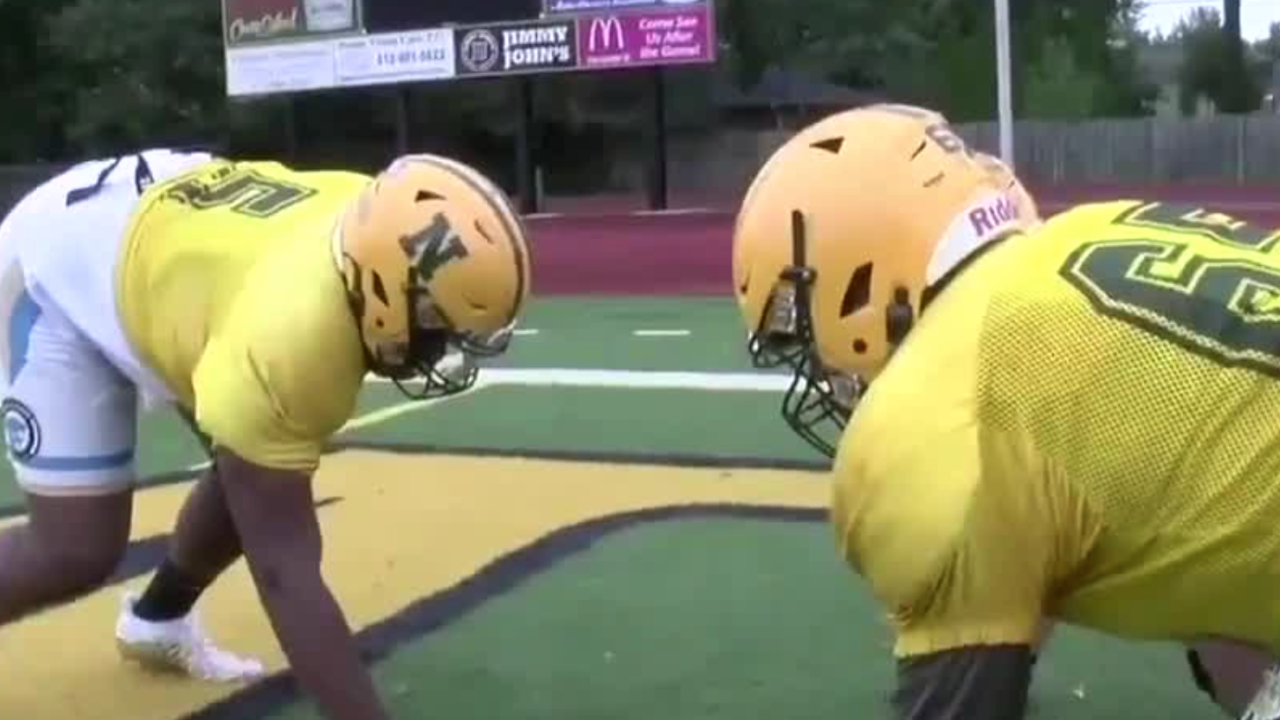 Parents who argue masks can create breathing difficulties, especially for high impact sports, have organized a rally in Lansing Wednesday.

Under Governor Whitmer’s current executive order, athletes are required to wear masks at all times for football, soccer and volleyball.

We’re just a week into the high school football season, it was one that almost didn’t happen due to the pandemic.

The head football coach at Bishop Foley along with two senior players say masks aren’t ideal and sometimes, they make practice and games more challenging. But they also say they’re willing to do what they have to do in order to play.

A group called “Unmask MI Youth Sports,” is hoping their action in Lansing will prompt state leaders to reconsider this mandate. The rally is scheduled at 9 a.m. at Michigan's capitol building.

“To be honest I couldn’t sit back any longer," said parent and organizer, Amanda Sloan.

Parent to a student athlete, Amanda Sloan, is taking her concerns to the capitol. She’s organized a rally in Lansing called “unmask our athletes,” urging Gov. Whitmer to reconsider her latest executive order requiring masks for several high school sports, including football.

“It’s not a perfect for anybody, but we want to do what we have to do to make sure that we get the rest of the season in," said Brian Barnes, varsity football coach at Bishop Foley.

CDC guidelines suggest wearing a mask during sports when feasible. It also notes that for higher intensity sports this may not be possible if a mask causes difficulty breathing.

A new Facebook group called “Unmask MI Youth Sports,” of which Sloan is a member — has around 19,000 members. Many people are sharing the difficulties their kids have had associated with wearing masks during active play.

“It’s definitely been a little bit tougher to practice," said varsity football player Cooper Harbowy. "Before we had the spit shields in front of our helmets."

Players at Bishop Foley in Madison Heights say there’s a middle ground here – a way to practice safely but also protect themselves and others.

Sloan’s “Unmask our Athletes” rally has nearly 2,000 people interested in attending. People are encouraged to wear their school’s colors, to socially distance and wear a face covering.