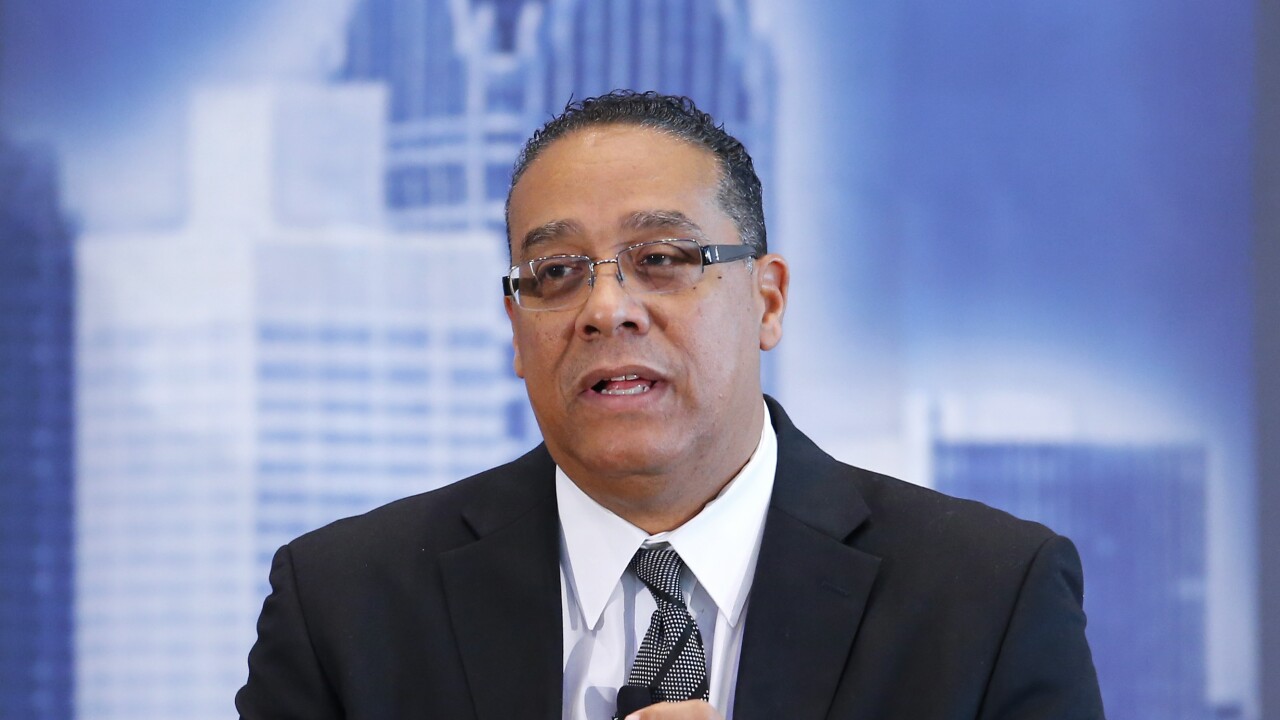 Paul Sancya/AP
Mayoral candidate Benny Napoleon speaks at a Detroit Economic Club meeting in Detroit, Wednesday, Oct. 23, 2013. Mike Duggan and Napoleon received the most votes in the August primary and will face off in the Nov. 5 general election. Current Mayor Dave Bing chose not to seek re-election. (AP Photo/Paul Sancya)

(WXYZ) — Wayne County Sheriff Benny Napoleon has been hospitalized after testing positive for COVID-19 this week.

According to a Facebook post, the sheriff's daughter initially reported "his symptoms have progressed" since after first bein admitted into the hospital.

"He is alert but resting and committed to getting well soon. He is holding strong to his faith. I’m confident that we serve a miracle-working Savior and that all will be well," she wrote.

"It was said that he’d made a 'huge improvement!' God is hearing our prayers, they are truly availing and He’s honoring our faith. Thank you. Thank you, for your prayers," the post reads.

Napoleon originally tested negative on Nov. 13, according to a statement from the department. But on Nov. 17, the Sheriff had a rise in temperature and had a second test, where he tested positive.

Napoleon's brother, former Highland Park Police Chief Hilton Napoleon, spent 71 days in the intensive care unit after being diagnosed with COVID-19. Their family has lost six loved ones to COVID-19.