Could this invention change the discussion in Detroit's most polluted zip code? 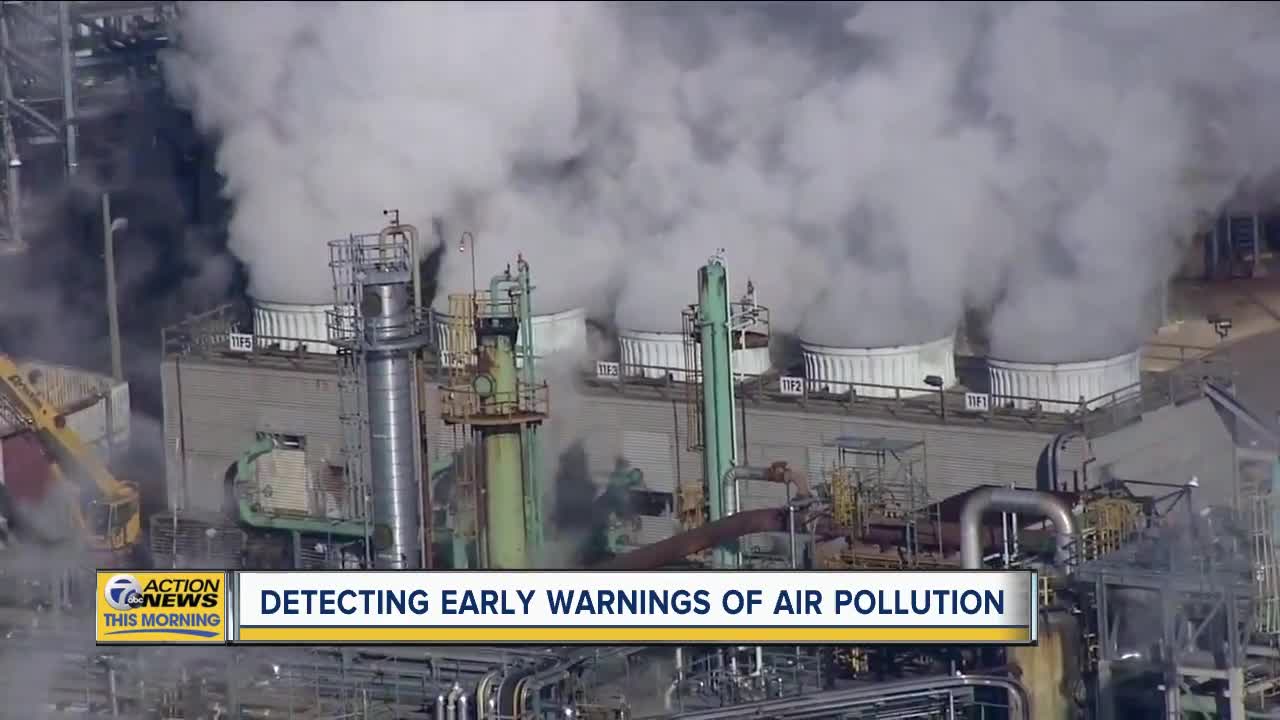 At a time when clean air and water are being talked about more and more, some in our area are sick of talk and want action.

DETROIT (WXYZ) — The 48217 zip code has long been discussed as Michigan’s “most-polluted” zip code, but for the people living in it, that moniker hardly tells the whole story. You see funnels of smoke coming out of industrial complexes that pepper their skyline on the news, but you’ll never understand the feeling of smells that make loved ones feel ill — or questions about whether the air you breathe could kill you.

“We’re concerned about our kids who are growing up,” said Debirley Porter, a pastor who lives in the Boynton neighborhood. “You can smell the odor just riding down the expressway — but we’re living, and many just have to pass through. Can you imagine if you have to live in it? Sleep in it? Wake up in it every day? That can be devastating.”

Porter has been around long enough to know the battle for clean air in his neighborhood extends decades back. Long before politicians debated whether clean air, or clean water, were a right.

Pete Welch doesn’t live in 48217, but it’s never far from his mind. That’s because his office, inside the Slalom headquarters in Detroit, overlooks the industrial complex far in the distance. When work organized a “hack-a-thon” event, he knew immediately what he wanted to do: break down data related to the air quality in the hardest hit areas. However, there was a problem.

“As we’re working on this project and trying to incorporate data, they’d be off for days at a time,” explained Welch, referring to air quality monitors spread in some of the largest cities in our state. “There would be no data coming from the EPA.”

That’s when Welch and his team decided to do something different – they tried to create the data. By using air quality sensors he bought online, paired with “internet of things” technology, he was able to create a device that could track a number of air quality indicators for less than $200 — a small fee that, in his mind, makes the device a candidate to be mass produced and put on every block where there is a need.

In other words, for a few hundred bucks, Welch could realistically equip multiple neighborhoods with air quality devices capable to putting out data in real time. HIs co-workers at Slalom have already learned how to use that technology as an early-alert system that could warn residents. However, he believes that with an uptick in health research that correlates living conditions to health outcomes there may be a way to tie his medical data to hospital research that could definitively say whether asthma and cancer-clusters are being affected by air quality.

The idea isn’t as radical as it may sound. In fact, there has already been work done at Wayne State University that can identify hot spots for certain types of health concerns based on where you live. Welch believes if he worked with the right group, his team at Slalom could use their air quality data to determine health risks and create a better picture of what’s at stake.

“We’re creating a larger network of air quality sensors at a fraction of the cost,” said Welch.

Welch’s creation is now moving into its next phase. He’s working to get multiple demos up and running so he can showcase what the devices are capable of. Each would be internet connected and transmit data around the clock, sending out messages when air quality data spikes.

His work won his company a trophy at its annual “hack-a-thon” event, but now it’s become a true passion project for Welch and a number of his colleagues at Slalom. He’s working to get meetings with hospitals that could be a part of his long-term plan to combine health data with air quality data to find their connections, and showcase their findings.

For the folks in the 48217 neighborhoods, there is no guarantee that this fast-tracks a fix for their air quality concerns. Porter notes that their battle has been ongoing for so long, that generations have grown up and moved out before they’ve found real change. The latest scare came in February when the Marathon oil refinery sent a nasty odor into the air. The company would later explain that the issue came from an additive to their natural gas that wasn’t toxic, but before any of that was sorted out, neighbors were sent into a panic.

“Late at night I was running down the street trying to wake up neighbors,” explained Porter. “We’re putting them in cars, not really knowing what’s going on.”

That, Porter explained, wasn’t the first scare. The refinery is one of more than a dozen heavy industrial sites in the area — all of them mixing together as neighbors still struggle to get outsiders to understand what it means to live in Michigan’s “most-polluted zip code.”