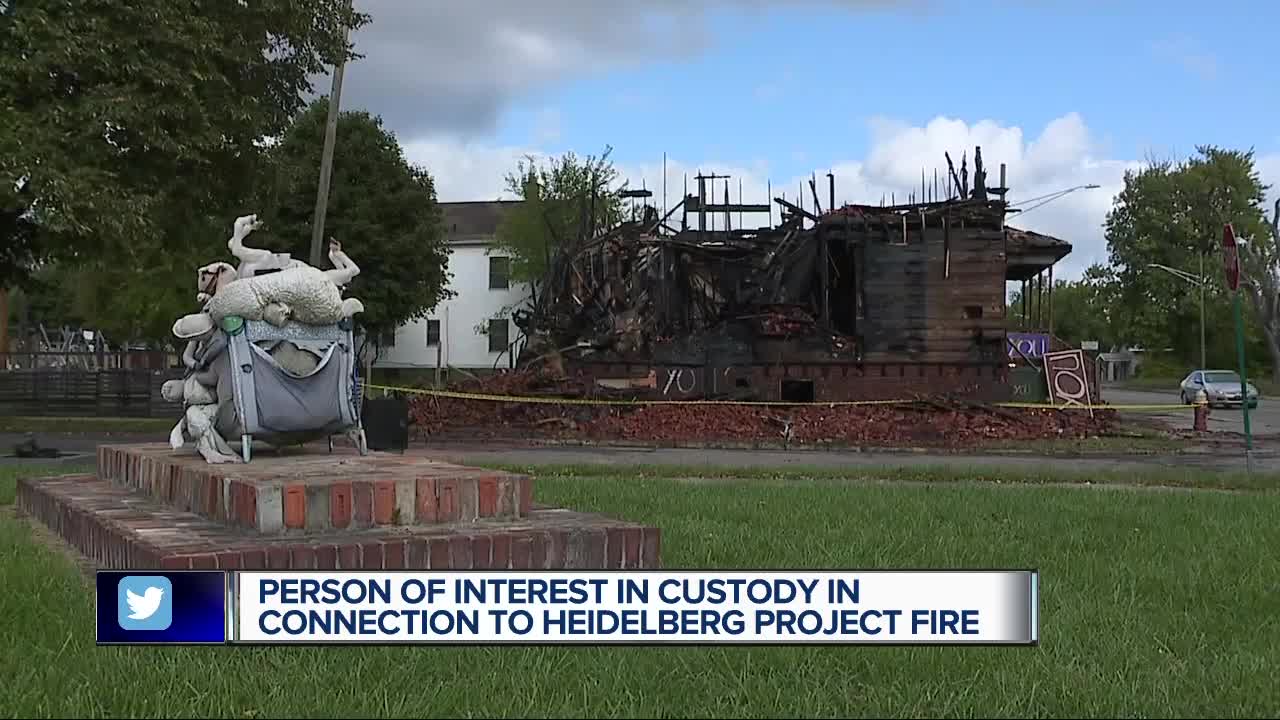 Officials are battling a fire at a building that is part of the Heidelberg Project in Detroit. 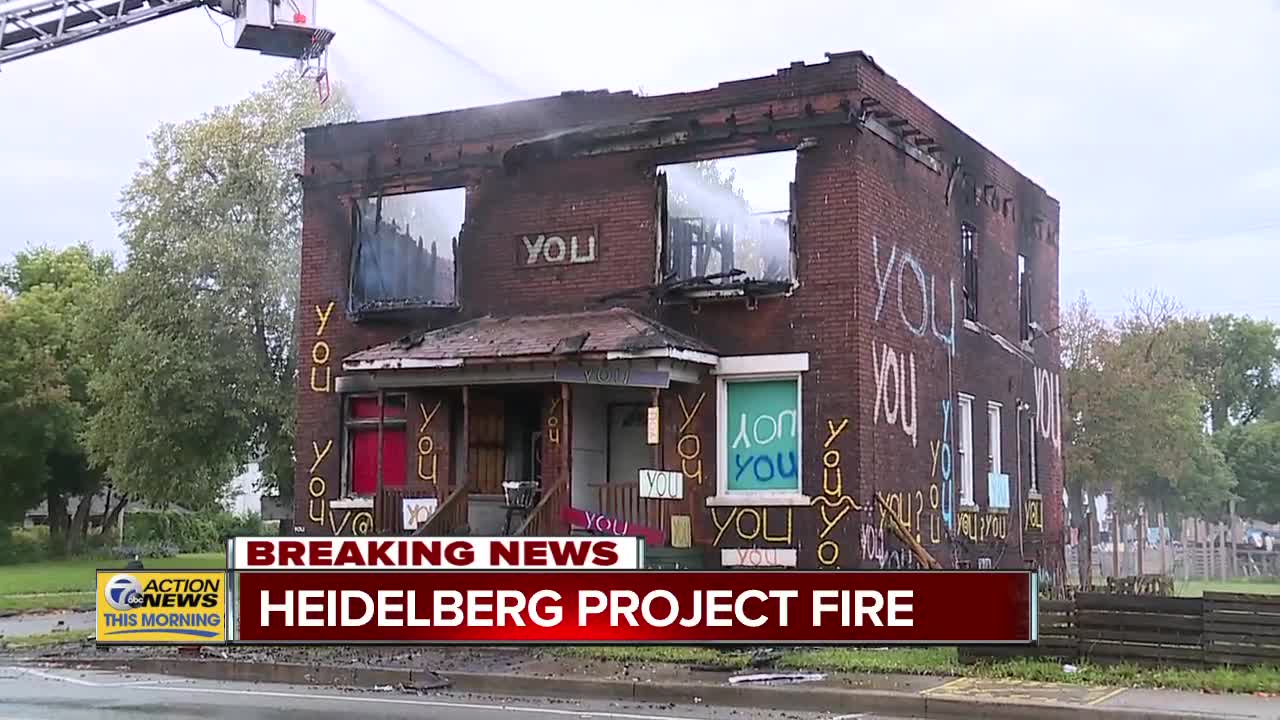 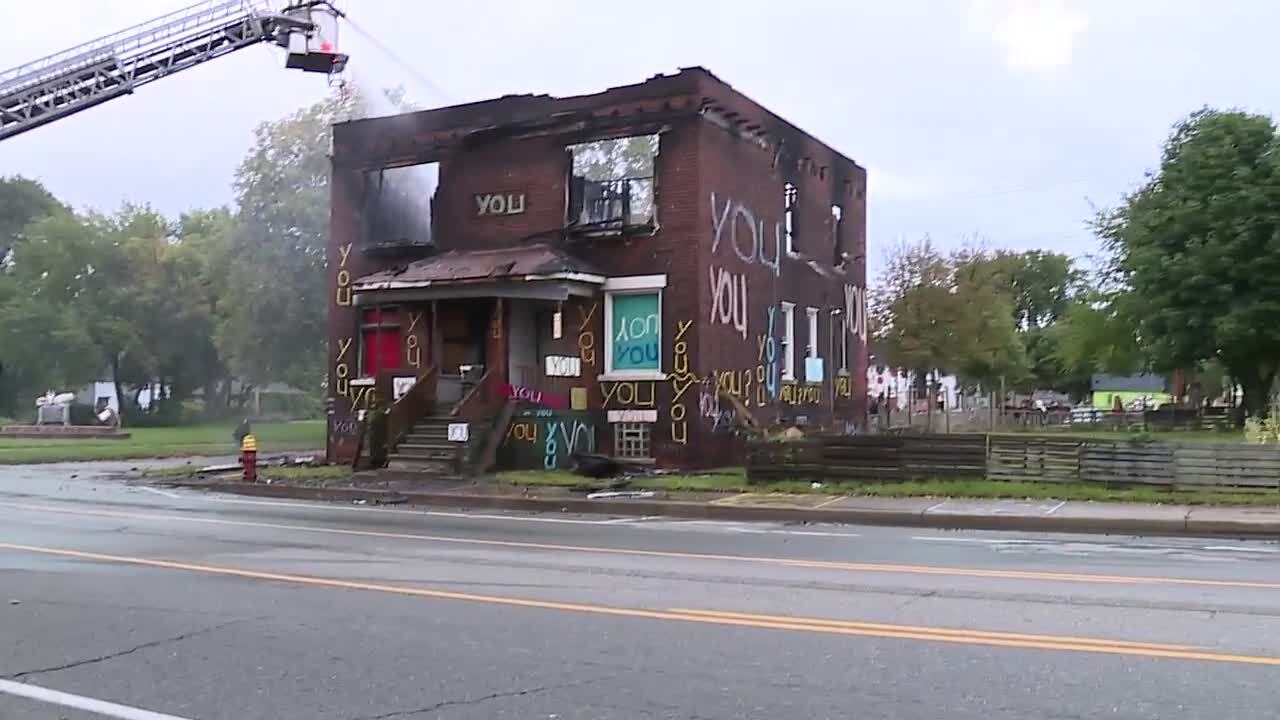 DETROIT (WXYZ) — A neighbor is being called a “person of interest” after a fire destroys one of the art exhibits that is a part of the Heidelberg Project.

Art lovers continue to check out the exhibit despite the damage at the building today, while investigators interview the neighbor.

The Heidelberg Project started in 1986 and has seen its ups and downs over the years.

The fire ripped through the ‘You’ building could be a set back but, it’s not stopping the artist and nor his fans from supporting the exhibit.

The fire started Monday morning and by the time firefighters arrived, it was fully engulfed. Dan Hernandez came from Arizona to check out the Heidelberg Project.

“I feel bad for the artist,” he said. “Shocking to see, like basically, a crime scene right here.”

Hernandez said it isn’t stopping him from checking out the exhibit.

“Obviously sad, I don’t know what that was like before. I’m sorry I didn’t get to see it but, there is still lots of other cool stuff to explore here.”

Tyree Guyton started the project with his grandfather and it has grown to an outdoor exhibit that turns trash into a treasure.

He grew up on Heidelberg and when he returned to the street in the mid 80s, he found it in ruins. That’s when he picked up a paintbrush.

By 1988, the Heidelberg Project was officially incorporated and being used as a tool to inspire artists and combat violence and despair in the area.

This nonprofit educates kids and focused on community outreach. Unfortunately, this is just one of several fires that have destroyed Guyton’s work over the past three decades.

Detroiter Reginald Lee said, “A lot of people don’t see it as art.”

His friend Rodney Simpson attends church nearby and would look forward to seeing the this building every week and calls it a “positive attraction for Detroit.”

Lee says crime must be curbed.

“I hope it stops,” said Lee. “I think they need more security around here.”

And just like the You building focused on ‘you,’ Rodney is asking now you to do more good for the neighborhood.

Guyton was at the exhibit after the fire, working on some other art pieces. He didn’t want to be filmed or interviewed. His representative says they are trying to assess the damage and no matter what happens to this building, they will bring art to this same spot.