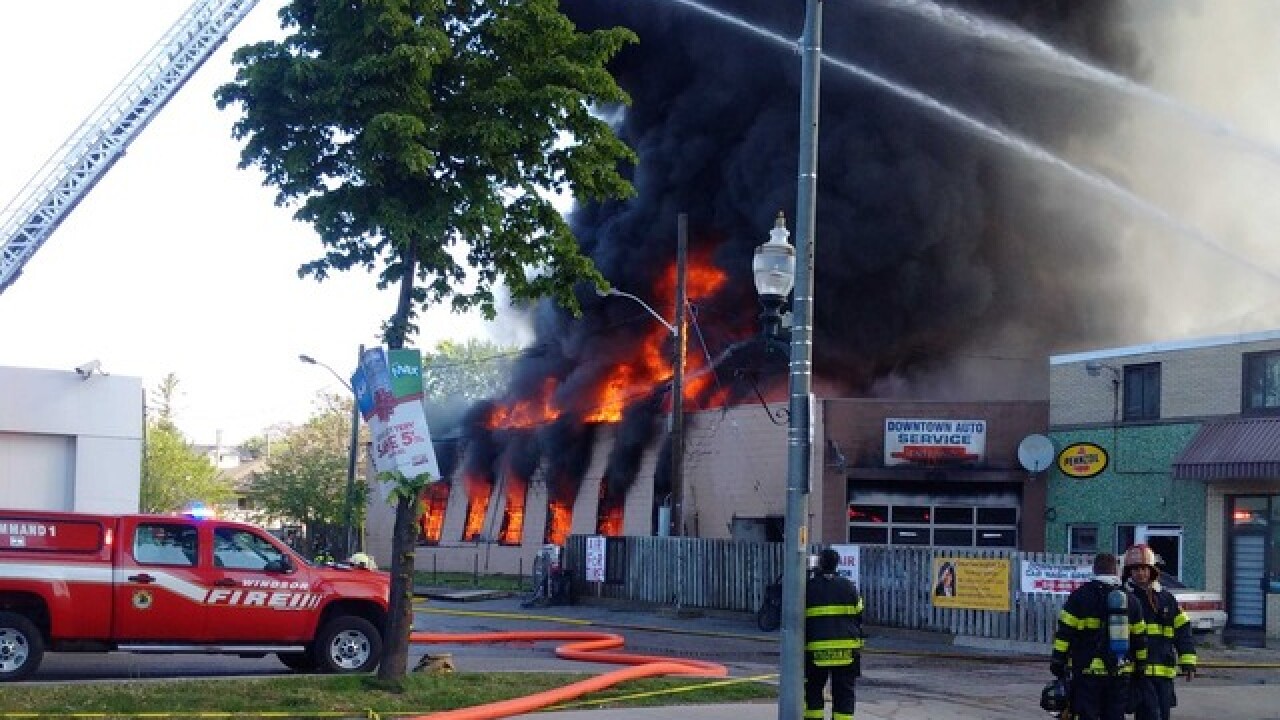 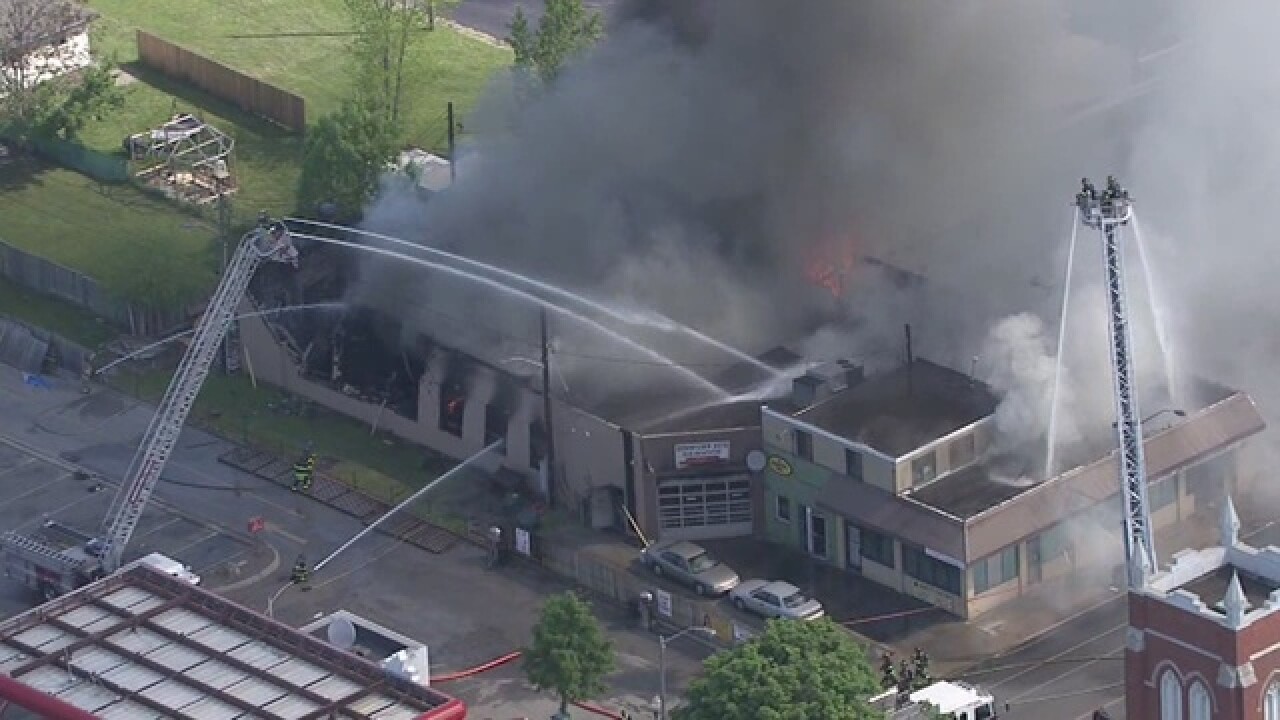 Windsor fire crews are on scene battling a massive fire at a restaurant and auto service shop.

According to the Windsor Fire Twitter account, it's happening at Le Chef Restaurant and also the Downtown Auto Service building at 840 Wyandotte.

At least 40 firefighters are on scene, and the fire department is asking people to stay away from the scene and close windows. They also said the west wall is collapsing.

Stay with WXYZ and WXYZ.com for updates to story.