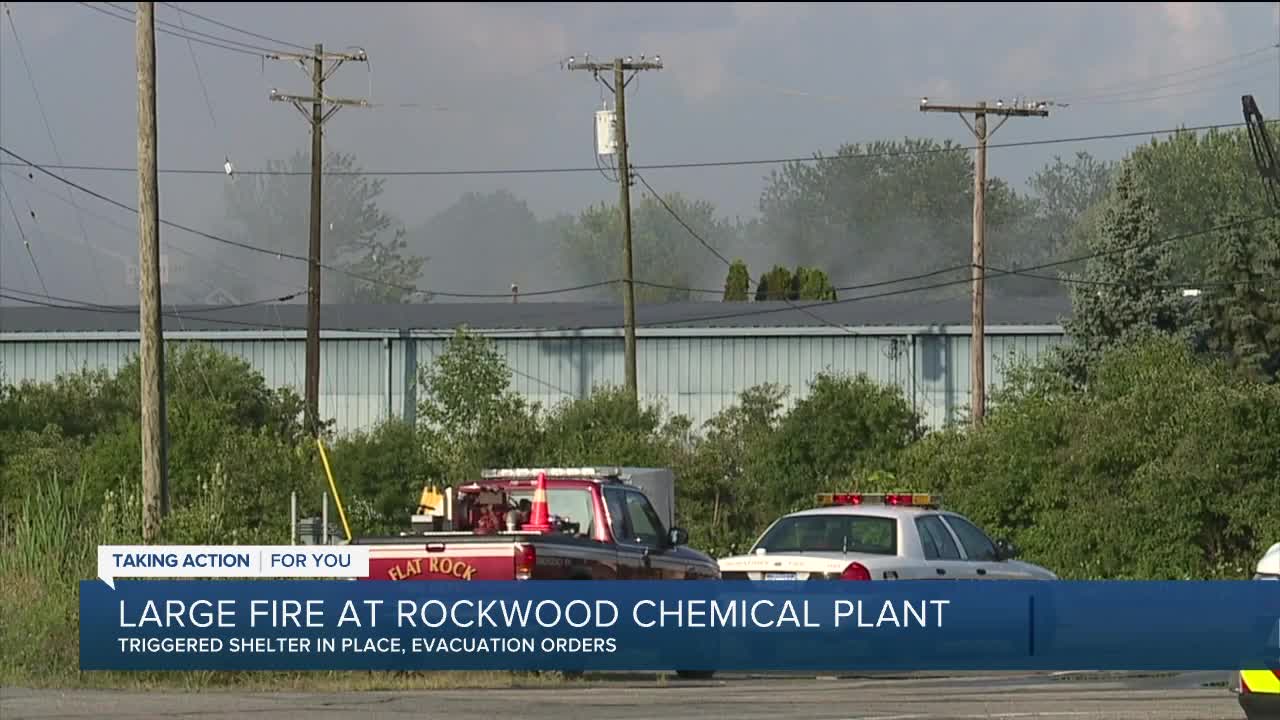 Several fire departments battled a large fire at the R.J. Marshal Company in Rockwood. Flames and smoke could be seen as chopper 7 flew over head. The building is destroyed, and three firefighters were taken to the hospital for heat exhaustion, Rockwood Fire Chief Daniel Mercure updated Friday. All the employees inside made it out safely.

They were from Rockwood, Berlin Township and Woodhaven.

According to Flat Rock Fire Department Chief James Katona, "All fire fighters were treated at Beaumont Trenton and released. None were from the city of Flat Rock, that’s all I have at this time."

Bob and Delores Naysmith live across the street from the R.J. Marshal Company along Huron River Drive in Rockwood. It was a normal day for Delores when suddenly she heard a loud noise.

“Just a big boom. I didn’t know what it was and I went on with my business and then all the ambulances and fire trucks started coming,” she said.

Several fire departments and hazmat teams were called to the plant just before 2 p.m. Wednesday.

“By the time we got here there was flames and smoke through the back of the building. The fire spread pretty well. It was very hot very intense burning material,” said Rockwood Fire Chief Dan Mercure.

While crews battled the fire, Delores left to take her son home. When she got back she noticed her back door was open. Someone tried breaking inside.

“And I thought I locked that door," she said. "And then I seen the deadbolt was broke, crooked. So, I knew someone broke in. I looked around and saw nothing."

Delores thinks whoever kicked in the door got spooked with more law enforcement and first responders arriving to fight the fire.

“All that I can think of is the ambulances and cops must have scared them away,” she said.

Residents returned home after the shelter in place was lifted. Delores’s husband came home later in the afternoon and says the fire fighters did a great job.

“Yeah, they’ve done a good job," said Bob Naysmith. "You can only do so much when you’ve got chemicals like that too.”

Firefighters say there was an explosion in the back of the building but no word yet on what caused that explosion.

The Downriver Fire Investigation Team will work on determining the cause of the fire.