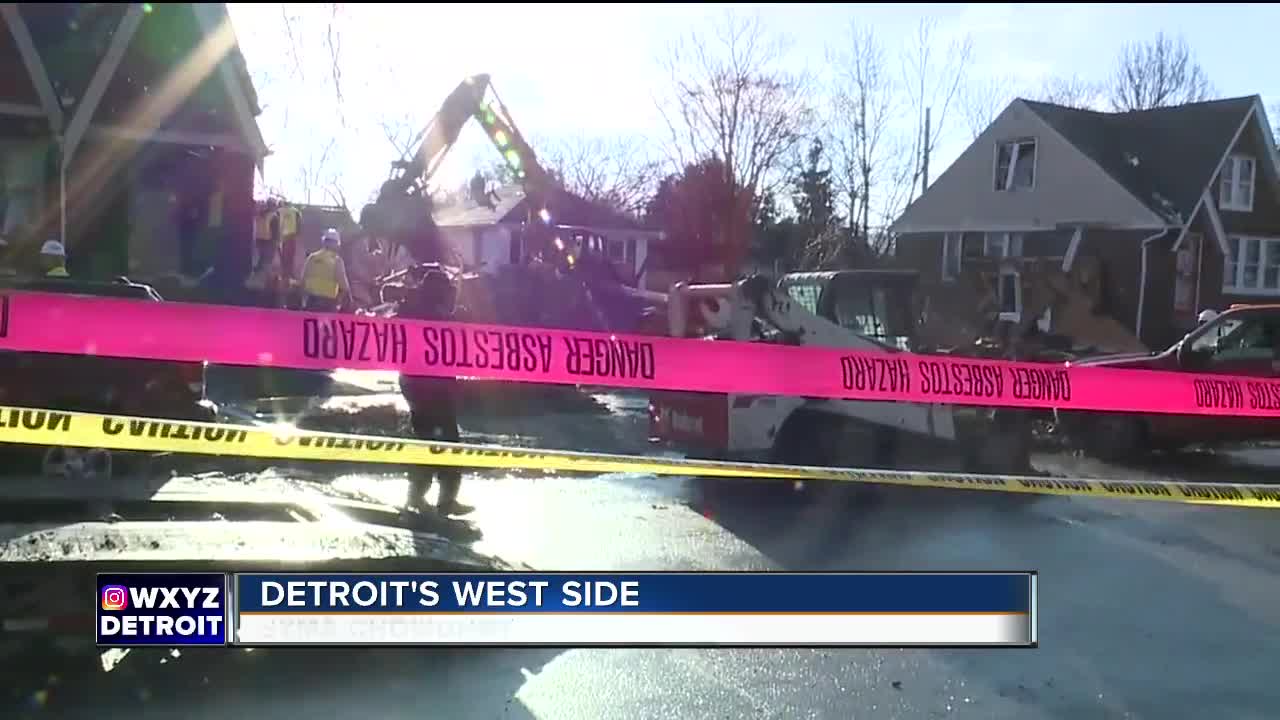 One man is unaccounted for and two others are injured following a house explosion in Detroit early Friday morning, according to Detroit Fire officials. 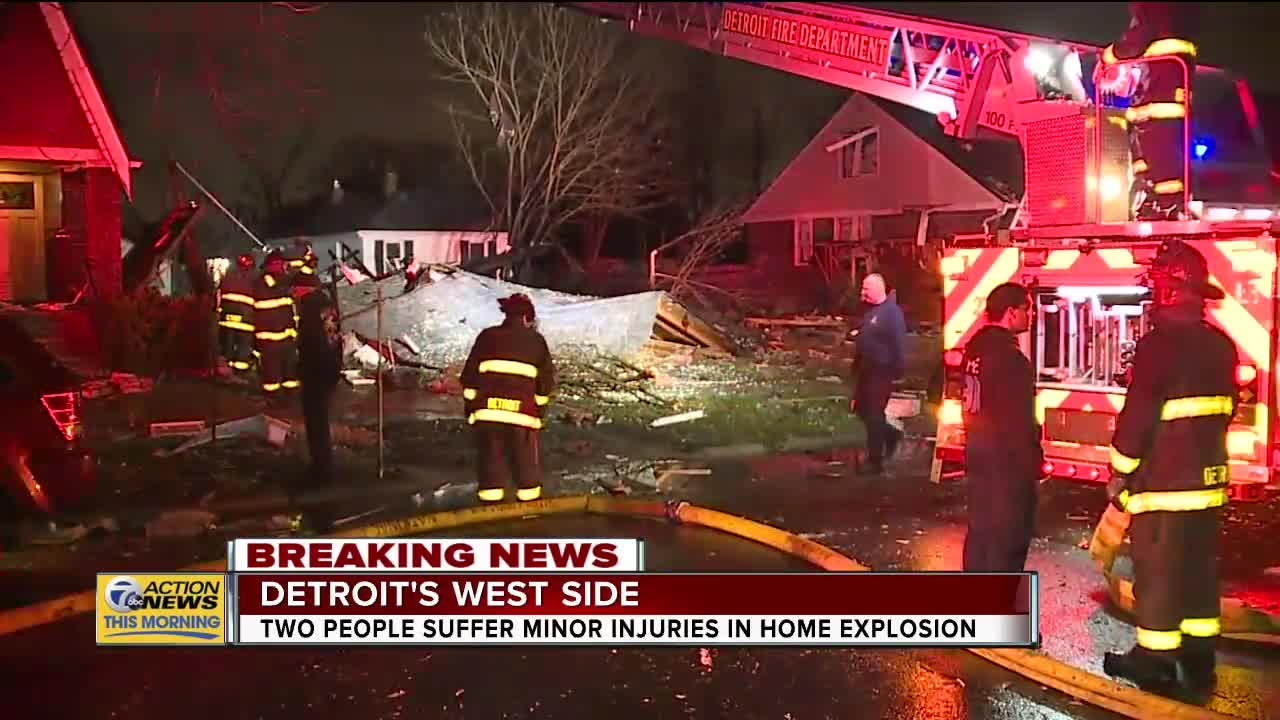 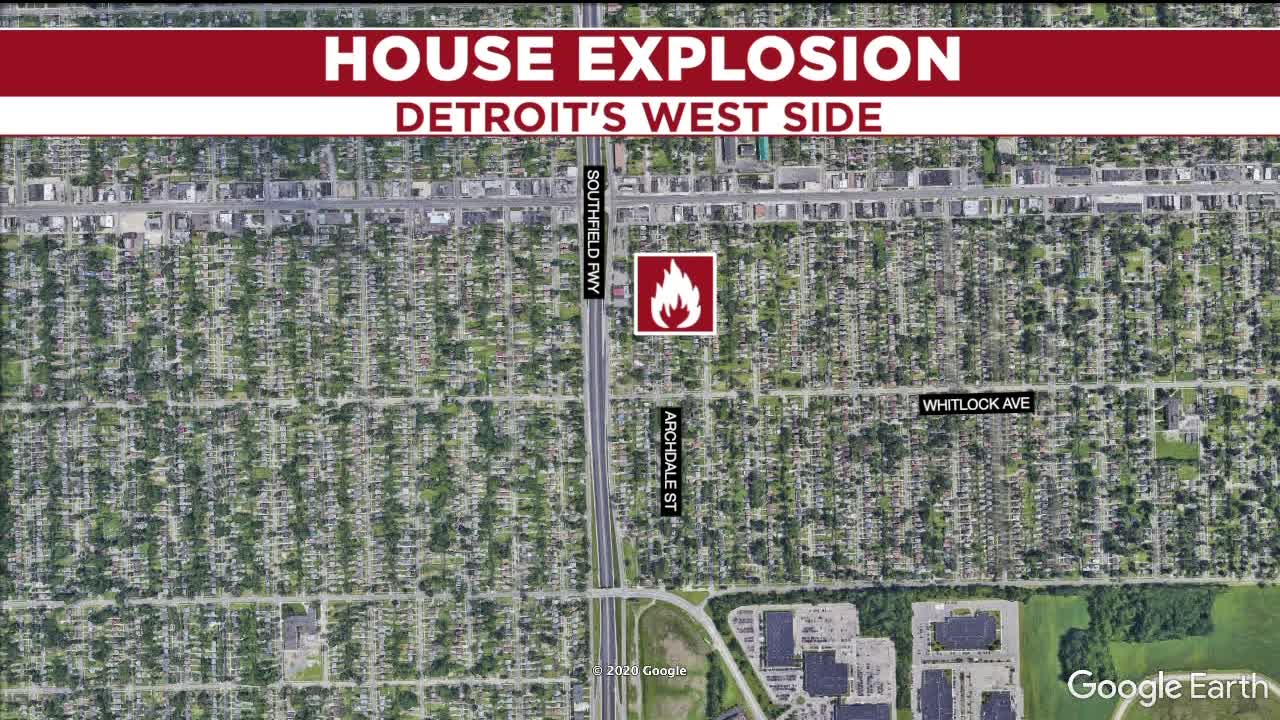 DETROIT (WXYZ) — One man is unaccounted for and two others are injured following a house explosion in Detroit early Friday morning, according to Detroit Fire officials.

Around 4 a.m., Detroit police, fire and EMS crews responded to the 680 block of Archdale on a report of possible shots fired and house explosion with a person possibly trapped inside.

Earlier, fire officials told 7 Action News that the man was deceased, but it is now unclear if he survived the blast and managed to get away. Detroit police say crews were unable to find the man's body at the scene.

7 Action News reporter Syma Chowdhry learned there were at least four people inside the home when it exploded, and two were pulled out of the debris by firefighters.

Look at the fallen debris across the street. The explosion damaged 8-9 houses. Two neighboring homes have structural damage. pic.twitter.com/lZFcVCBDh9

A 46-year-old woman is in critical condition suffering from burns.

The cause of the fire was a gas leak.

Police say the woman told firefighters the house blew up right after she lit up a crack pipe.

A 42-year-old man was found in the backyard suffering from burns. Right now, he is in serious condition.

A 65-year-old man has been pronounced dead at the scene.

The explosion caused the home to fully collapse.

The 46-year-old and 42-year-old were taken to the hospital. One is currently in surgery, and the other person is still recovering from minor injuries, according to police.

Some neighbors told Chowdhry they heard gunshots around the same time. Detroit police are investigating that claim.

DTE Energy released this statement in regards to the gas leak:

DTE Energy was called to the scene of a home explosion on Archdale in Detroit early this morning. The specific cause of the fire is unknown, and we are working with local authorities to investigate. Our thoughts are with the two adults who were injured in the incident.

Safety is our top priority. Our crews, working with the fire department, immediately cut natural gas to the residence and made the surrounding area safe. This morning, our crews tested DTE equipment and verified that the gas meter and service lines were operating properly and within specified pressure.

Our understanding is that an investigation is underway regarding a potential issue with an appliance inside the home.
We are continuing to support the local authorities' ongoing investigation into the incident. Again, our thoughts go out to those who were injured today.

Our team focuses on maintaining the safety and integrity of our system of underground natural gas pipes through a robust program of inspections, maintenance and upgrades. We urge all residents, in any situation, if you smell or suspect a gas leak to leave the area at once, call 911, then call DTE at 800-947-5000 (or your natural gas provider), to report the situation.