Crews respond to bizarre situation at hotel in Rochester Hills 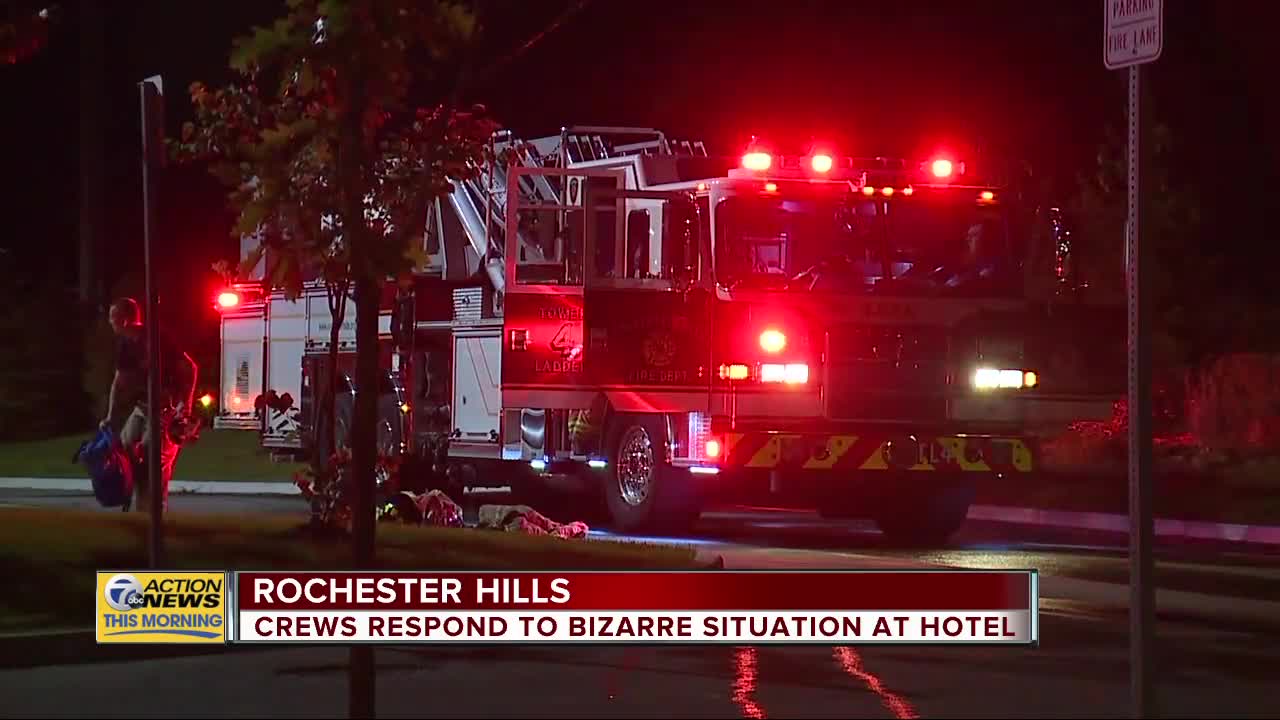 A man running through the halls of a hotel in Rochester Hills caused a two-alarm fire after the hydrant he sprayed throughout the building triggered alarms.

ROCHESTER HILLS, Mich. (WXYZ) — A man running through the halls of a hotel in Rochester Hills threw multiple fire departments after the fire extinguisher he sprayed throughout the building triggered alarms.

7 Action News has learned that there was never a threat to the dozens of people who had to be evacuated, but the scene was so odd it ended up drawing four fire departments to put out a non-existent fire.

According to the Rochester Hills Fire Department, multiple people called 9-1-1 reporting smoke inside the Woodspring Suites near M-59. The sheer size of the building, and number of occupants, triggered automatic mutual aide from Auburn Hills, the City of Rochester and West Bloomfield.

It’s unclear why the man was spraying a fire extinguisher, but one man who has been staying at the extended stay hotel believed it could have been drugs or mental illness.

“I actually was on the third floor and I opened the door,” said Aaron McWilliams. “He said, ‘It’s chasing me! It’s chasing me!’ and he gassed up with the fire extinguisher.”

McWilliams added that the man was fully clothed when he saw him inside the building, but was inside a plastic bag by the time he was being detained by an Oakland County Sheriff’s deputy — 7 Action News is working to figure out what exactly happened, but a deputy said that one man in the back of a cruiser “may have been involved.”

Residents were evacuated around 5 a.m., but were able to return to their hotel suites before 7 a.m.