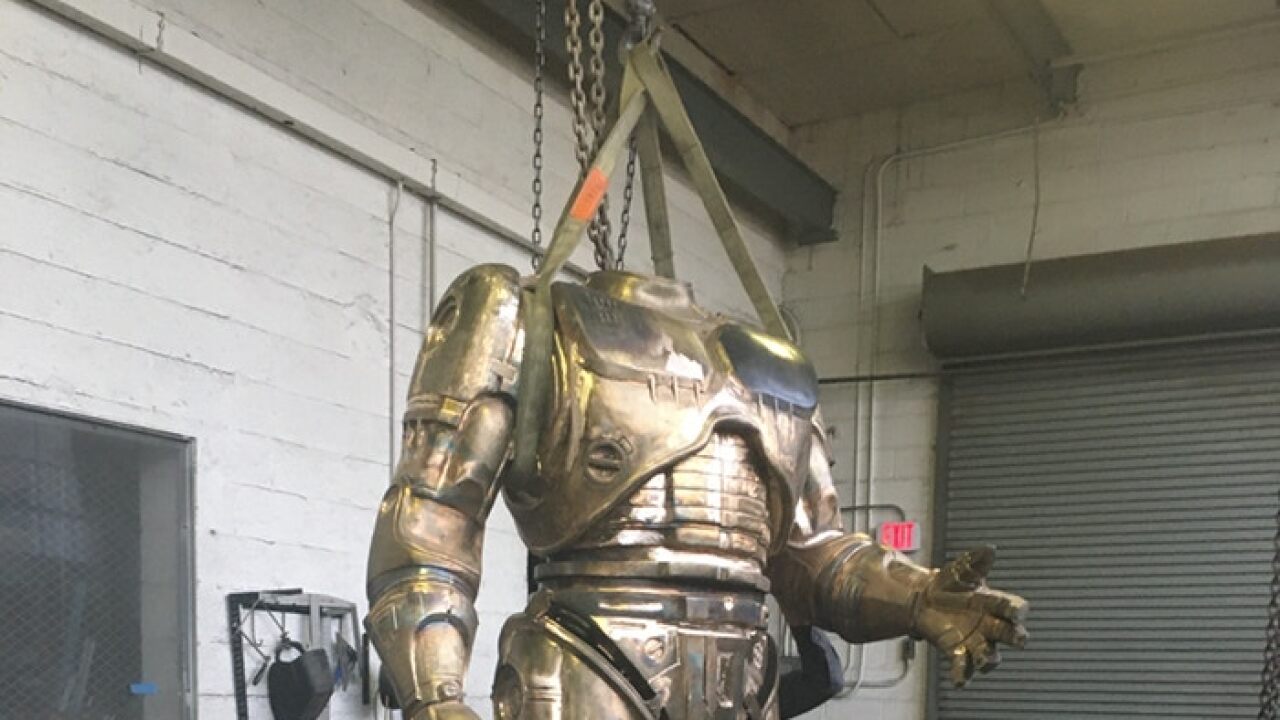 DETROIT (AP) — A statue of the robot featured in the 1987 film “RoboCop" set in Detroit is nearing completion ahead of its debut at a science museum in Michigan.

Organizers of the Kickstarter campaign website who crowdfunded Robocop for the city posted some photos on Tuesday with an update of the statue with a note that its final form is coming “later this winter" at the Michigan Science Center, The Detroit News reported.

Organizers wrote in the update that the statue is 11 feet tall “with his head on” and that his stainless steel base weighs half a ton.

It has been almost a decade since the idea came about. A Twitter user, who tagged then-Mayor Dave Bing in a tweet, noted that Philadelphia has a statue of another movie icon, Rocky Balboa, and that RoboCop would be a "GREAT ambassador for Detroit.”

Bing tweeted back, saying there were no plans in Detroit for a statue of RoboCop. But Detroiters Brandon Walley, a filmmaker, and Jerry Paffendorf, co-founder and CEO at Loveland Technologies, ran with the idea, envisioning it as a tourist attraction.

The campaign that launched in 2012 raised $67,436 from more than 2,700 backers worldwide. Since then, Giorgio Gikas, one of Detroit’s premier sculptor conservators, has been creating the sculpture.

The large statue was expected to be unveiled at the Wayne State University's TechTown urban research and technology business park last summer.

"This is as much detail as we can share for now as control of the statue is being fully handed off," organizers wrote. “We’re working hard to help get him outdoors and installed so you can finally pay him a visit.”

“You will find that the scale and quality of craftsmanship were worth the wait.”