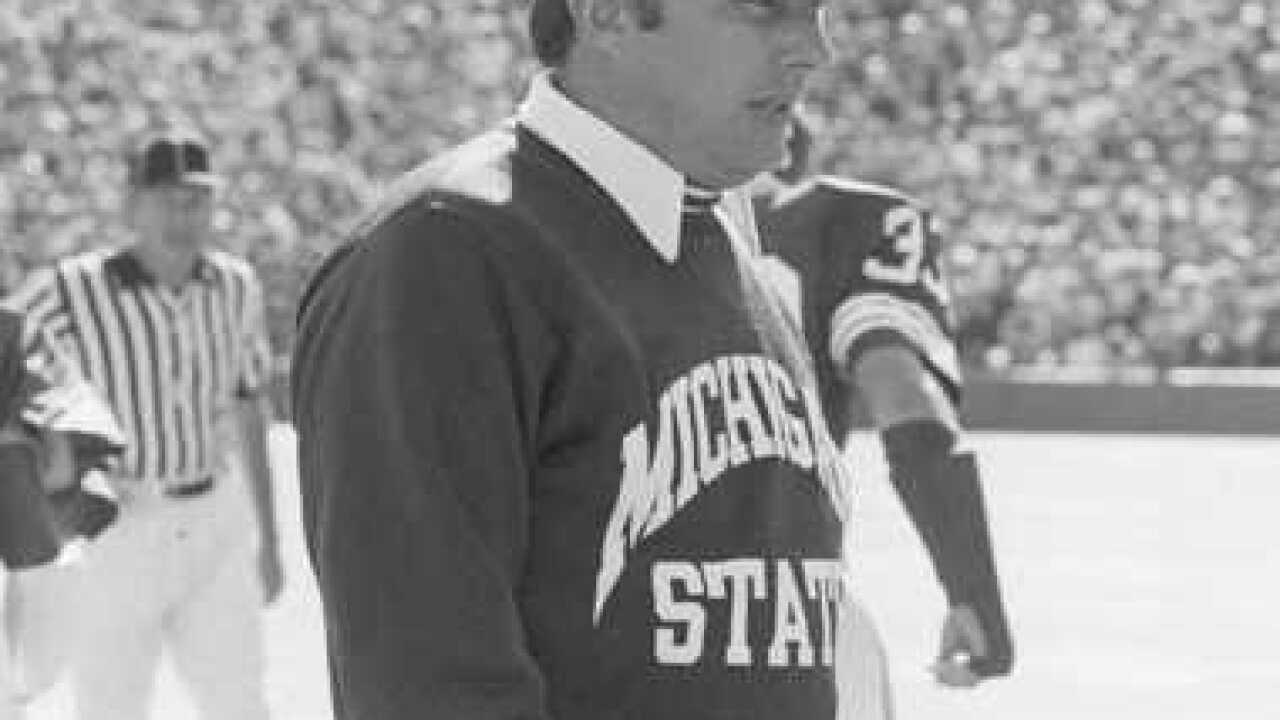 Rogers also coached the Detroit Lions for four seasons from 1985 to 1988.

“Our thoughts and prayers go out to Darryl Rogers and his family at this most difficult time,” MSU head coach Mark Dantonio said. “Coach Rogers won the 1978 Big Ten Championship at Michigan State and was, in many ways, an offensive pioneer in college football. I was honored to have had the opportunity to talk to him a number of times throughout my time here and he was always very supportive. He loved Michigan State and will forever be a Spartan.”

The Detroit Lions responded to Rogers' death with a statement from Lions owner and chairman Martha Firestone Ford.

“We are deeply saddened to learn of the passing of Darryl," Ford said. "On behalf of me, my family and the entire Detroit Lions organization, I would like to extend our sincere sympathy to his wife, Marsha, and the Rogers family.”

According to a release from Michigan State Athletic Communications, Rogers was recently named to the National Football Foundation's 2019 (Football Bowl Subdivision) ballot for induction into the College Football Hall of Fame, which will be announced in January 2019.

No details were provided on the cause of death.