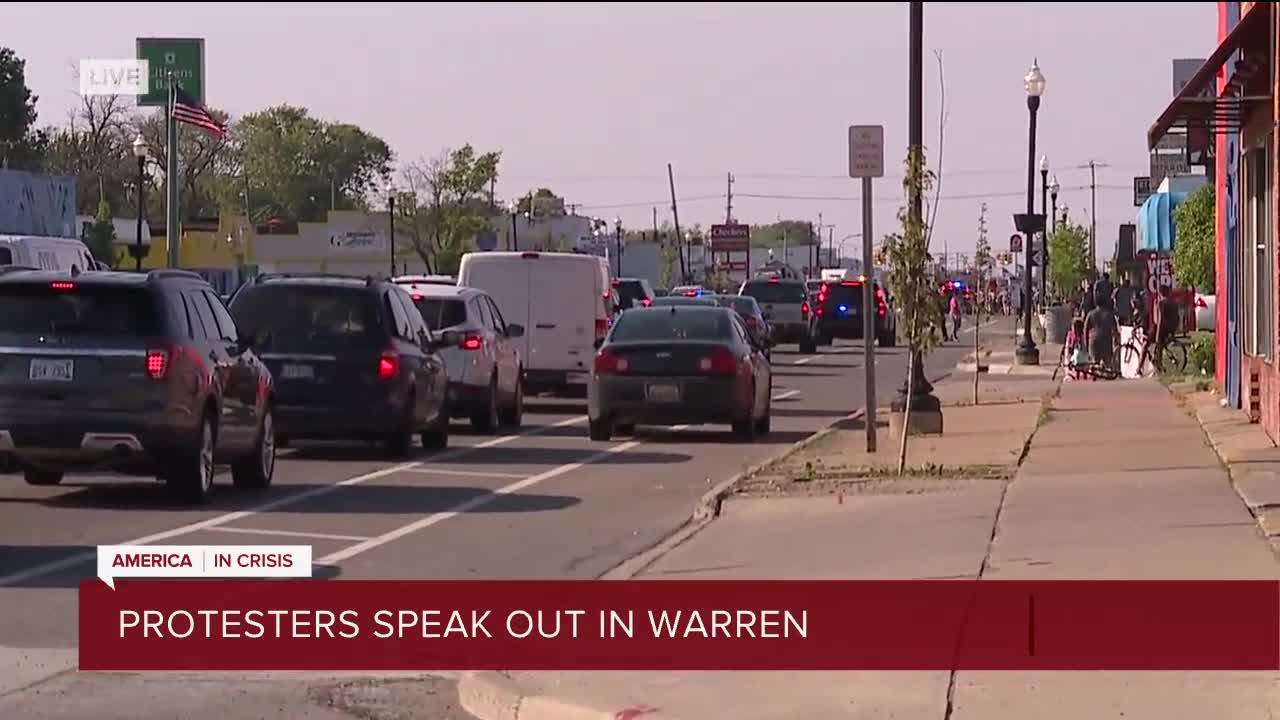 Protests against the death of George Floyd have spread to Warren.

Protests were peaceful heading into the evening as Detroit's 8 p.m. curfew went into effect. 7 Action News Reporter Rudy Harper followed a large group of protesters in Detroit and as the curfew hit, that group began walking back toward DPD headquarters, where the protest began.

Another larger group, broke off from the group that headed back downtown to comply with the curfew. It's unclear now where that larger group is located.

RIGHT NOW: A growing crowd is showing up outside police headquarters.

This is the fifth consecutive protest and demonstrators have been largely peaceful.

A sight that is getting national attention.

[con’t] Hundreds on the move down Gratiot chanting “no justice, no peace.”

A couple officers are walking with the crowd.

Water stations are set up for protesters. @wxyzdetroit pic.twitter.com/Ud6BF28WU1

Tuesday afternoon, a large crowd of protesters gathered in Downtown Detroit outside police headquarters with speakers talking to the crowd before the group eventually moved down Gratiot to march.

The city of Detroit's curfew went into effect at 8 p.m., with some protesters dispersing early. The majority of demonstrators began walking back toward police headquarters after the curfew began. Police trailed along side the protesters.

Protests were also held in Rochester Hills and Warren.

On Monday the protest continued past the curfew time, but dispersed after arriving back at Detroit police headquarters.

Both Mayor Duggan and Chief Craig praised the leaders of the protest for keeping the situation under control and dispersing the crowd after the march was over.