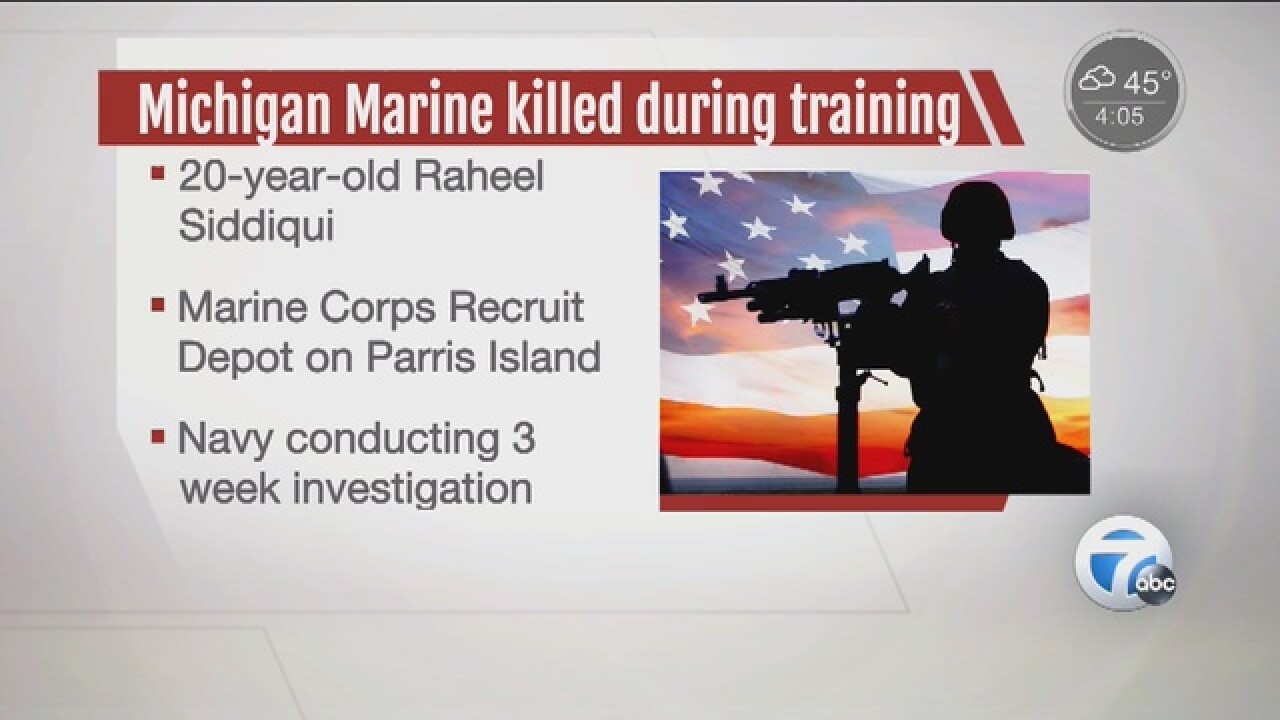 The Marines say the death of a recruit at the Marine Corps Recruit Depot on Parris Island is under investigation.

Carroll says the recruit arrived at Parris Island on March 7 and was undergoing basic training. Carroll would not comment on the circumstances of the death, saying the incident is being investigated by the Naval Criminal Investigative Service.

Each year about 19,000 recruits come to Parris Island for 12 weeks of training. The depot trains male recruits from east of the Mississippi River and all female Marine recruits.