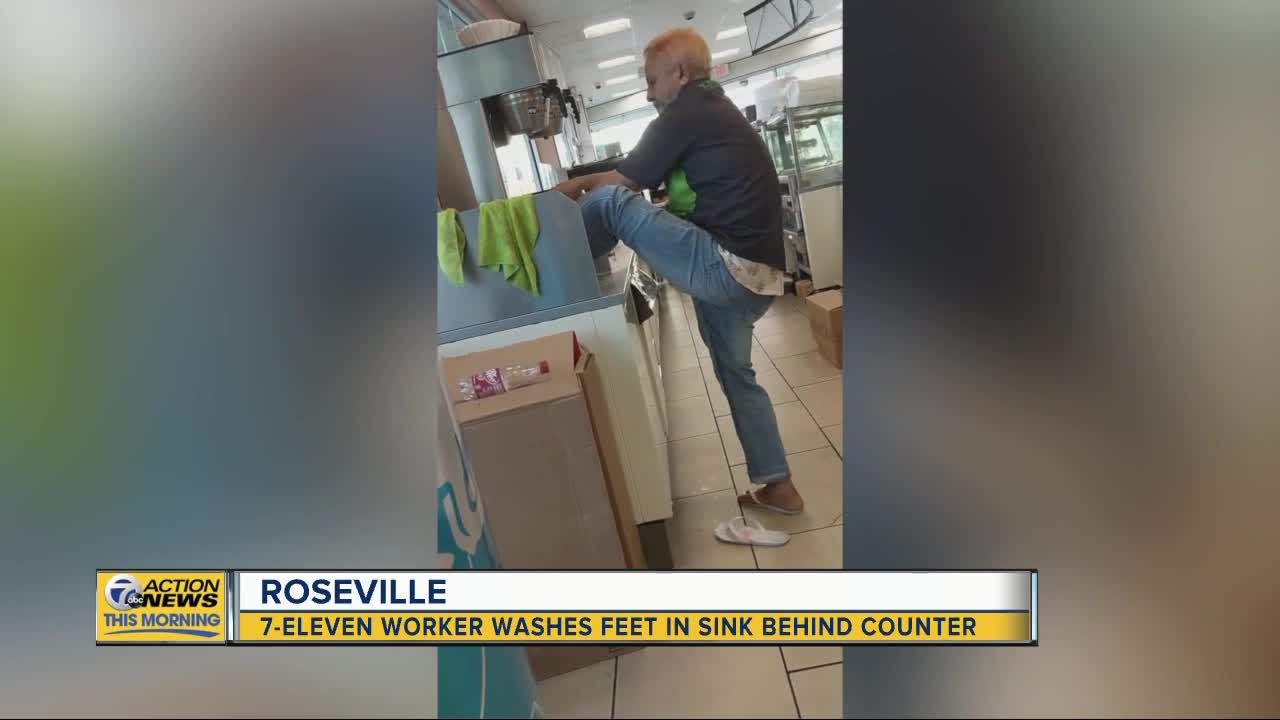 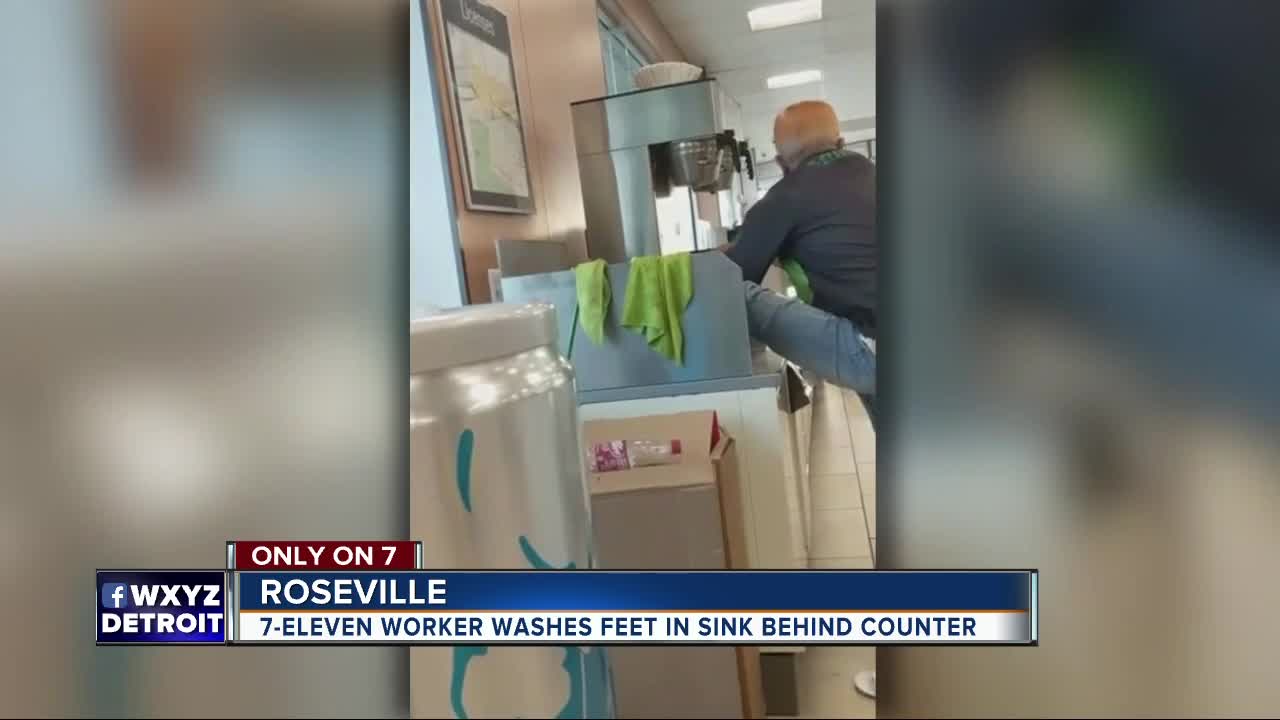 ROSEVILLE, Mich. (WXYZ) — A video posted on social media is sparking a debate. An employee at the 7-eleven on Gratiot and 13 Mile Road in Roseville was captured washing his feet in a sink that is meant for washing hands.

The sink is next to a coffee machine and across from a grill station. The footage turned stomachs while others came to the employee's defense.

Emily Divel recorded the video and posted it to social media.

"As I walked in I could hear him loudly spitting in the sink," Divel said.

Divel said he then put his foot in the sink. Action News confronted the employee who said it was a religious practice.

The unidentified employee said he's Muslim and it's mandatory he clean his feet, arms, and face at least five times a day.

Customers had mixed reaction outside the store on Tuesday.

The employee in the video talks to us tonight on @wxyzdetroit. Again he says, it’s a religious practice. pic.twitter.com/B1tGBQA9nY

"I understand the prayer but washing the feet! You can wash your hands and have prayer but not your feet," said one customer.

"We don't discourage religion but be sanitary working with food," Divel said.

7-Eleven released a statement: "We take the cleanliness of 7-Eleven stores very seriously so thank you for making us aware of this incident and allowing us to investigate this matter."