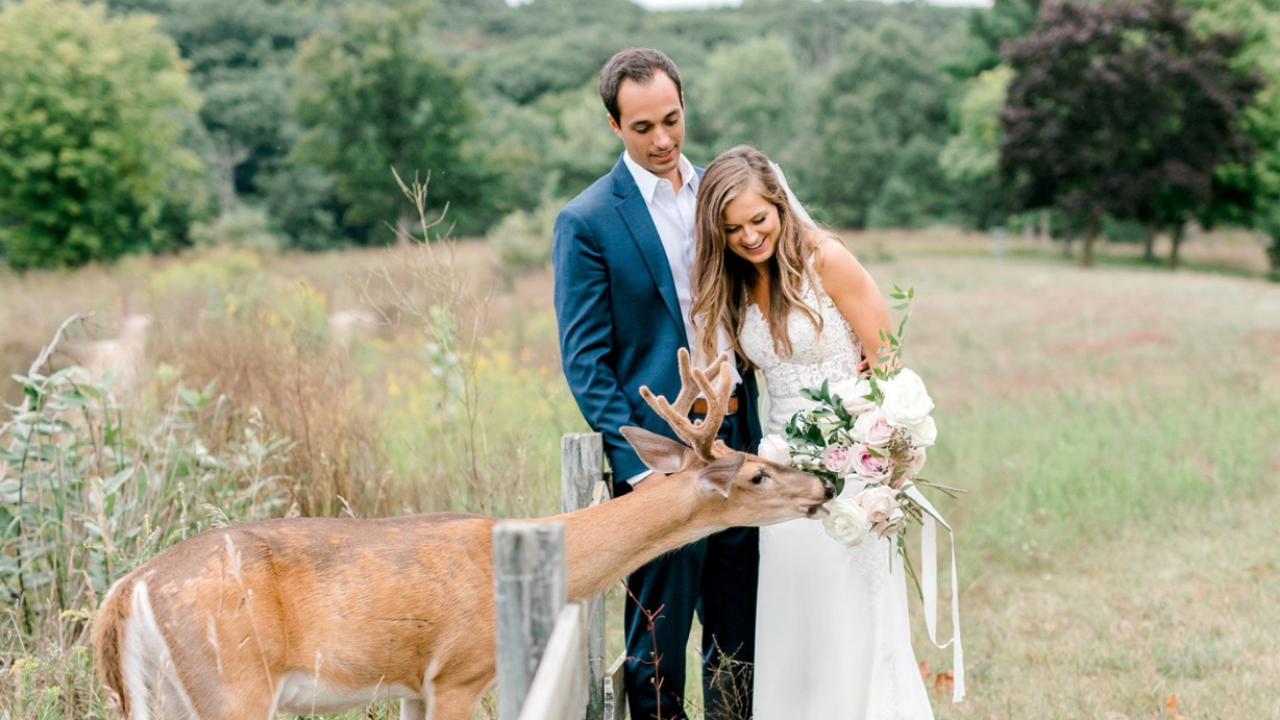 It happened during the couple's wedding reception in west Michigan.

The newlyweds were about to snap photos near Saugatuck Dunes State Park when the deer walked up and began eyeing the bride's bouquet.

Photographer Laurenda Marie captured it all:

The couple eventually surrendered the roses to the animal, but later returned to the scene and found that the deer had eaten the whole arrangement, except for one single rose.