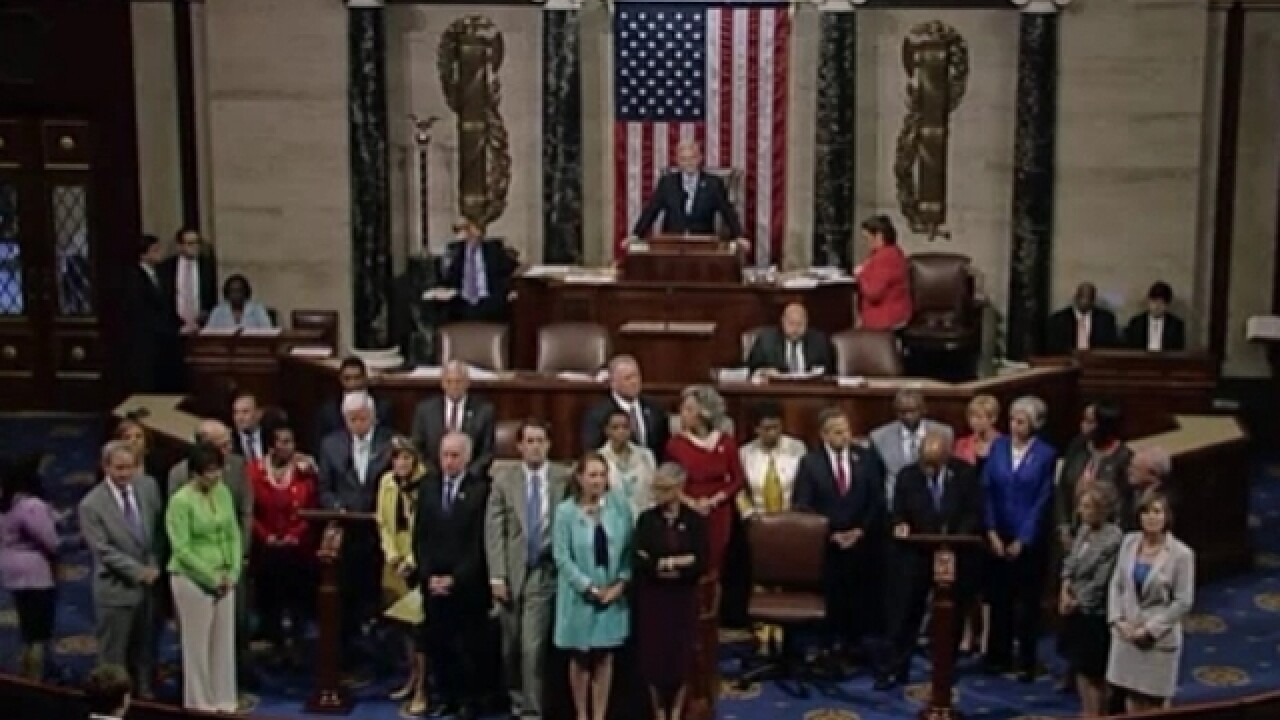 Rebellious Democrats disrupted the House's legislative work on Wednesday, staging a sit-in on the House floor and refusing to leave until they secured a vote on gun control measures. Exasperated Republicans were forced to recess while cutting off the C-Span cameras that showed the protest.

A group of about three dozen Democrats led by Georgia Rep. John Lewis demanded a vote on measures to expand background checks and block gun purchases by some suspected terrorists in the aftermath of last week's massacre in Orlando, Florida, that killed 49 people. It was the worst shooting in modern history.

"No bill, no break," shouted Democrats, who demanded that House Speaker Paul Ryan, R-Wis., keep the House in session through its planned weeklong recess next week to debate and vote on gun legislation.

"We have lost hundreds and thousands of innocent people to gun violence," Lewis said as he urged fellow Democrats to stand with him in the area near the podium, known as the well.

"What has this body done" to respond to the violence, Lewis asked, then answered his own question: "Nothing. We have turned a deaf ear to the blood of innocents. We are blind to a crisis. Where is our courage? How many more mothers...and fathers need to shed tears of grief?"

After the sit-in, Rep. Ted Poe, R-Texas, tried to start the House's work at noon. The customary prayer and pledge of allegiance went ahead, but Poe was forced to recess the House when dozens of Democrats stood in the well of the House and refused to leave.

Rep. John Larson, D-Conn., said lawmakers were "calling for the simple dignity of a vote." Joining the protest was Sen. Chris Murphy, D-Conn., who had waged a nearly 15-hour filibuster last week to force votes in the Senate. Those votes failed on Monday night.

"Rise up Democrats, rise up Americans," Larson said. "We will occupy this chamber."

The House was not in session when the Democrats began their demonstration. Republican leaders again ordered C-SPAN cameras turned off as the protest resumed.