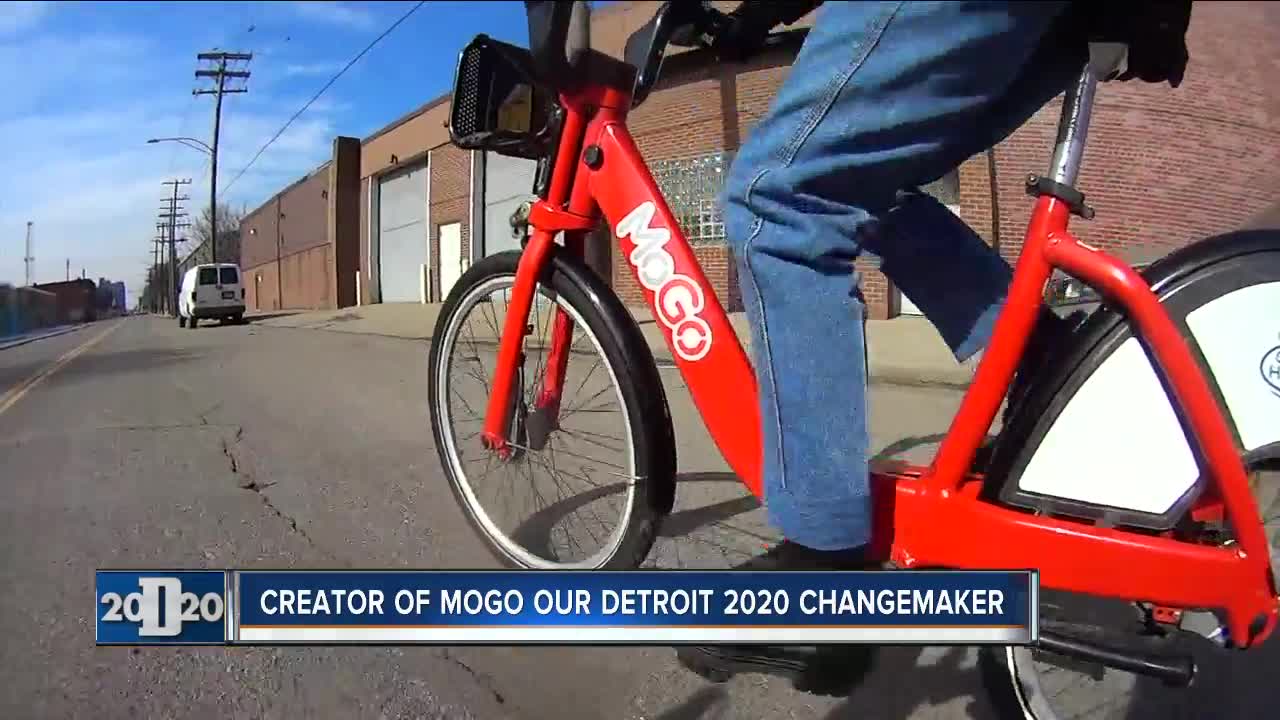 Detroit 2020 Changemaker: Creator of the MOGO

DETROIT (WXYZ) — It’s estimated nearly 25 percent of Detroit households don’t have access to a motor vehicle. Many need another option to get around, and thanks to the efforts of the Downtown Detroit Partnership, metro Detroit has one.

Lisa Nuszkowski created a way for Detroiters desperately in need of transportation to get around affordably. The DDP helped her raise the funds and the awareness for what metro Detroit. Now knows as MOGO.

The founder of the nonprofit MoGo bike share program is our Detroit 2020 Changemaker of the Week.

Andrea McCullum is like one of every four Detroiters living without a car but in desperate need of affordable transportation and a two-wheel bike is how she does it whether ren, shine, sleet or even snow.

"I actually commuted to work one year from Detroit to Southfield," she said.

A commute that was made easier by the nonprofit MoGo. Lisa Nuszkowski founded the ride share program in May 2017, and it's revolutionizing how metro Detroiters get from Point A to Point B. MoGo has nearly 2,000 members and growing.

This is how it works: For $8, you can have access to one of these red bikes for 24 hours in 30-minute increments. At the 30-minute mark, the bike has to go back into one of these docking stations. You can go about your business and pick up another bike later, or simply check the same bike out again.

McCullum is one of MoGo's most active riders. Out of more than 35,000 people who ride, she is the among the top ten having taken more than 650 rides so fire. And because she relies on state aid, she gets a break on the price, paying only $5 for an annual access pass.