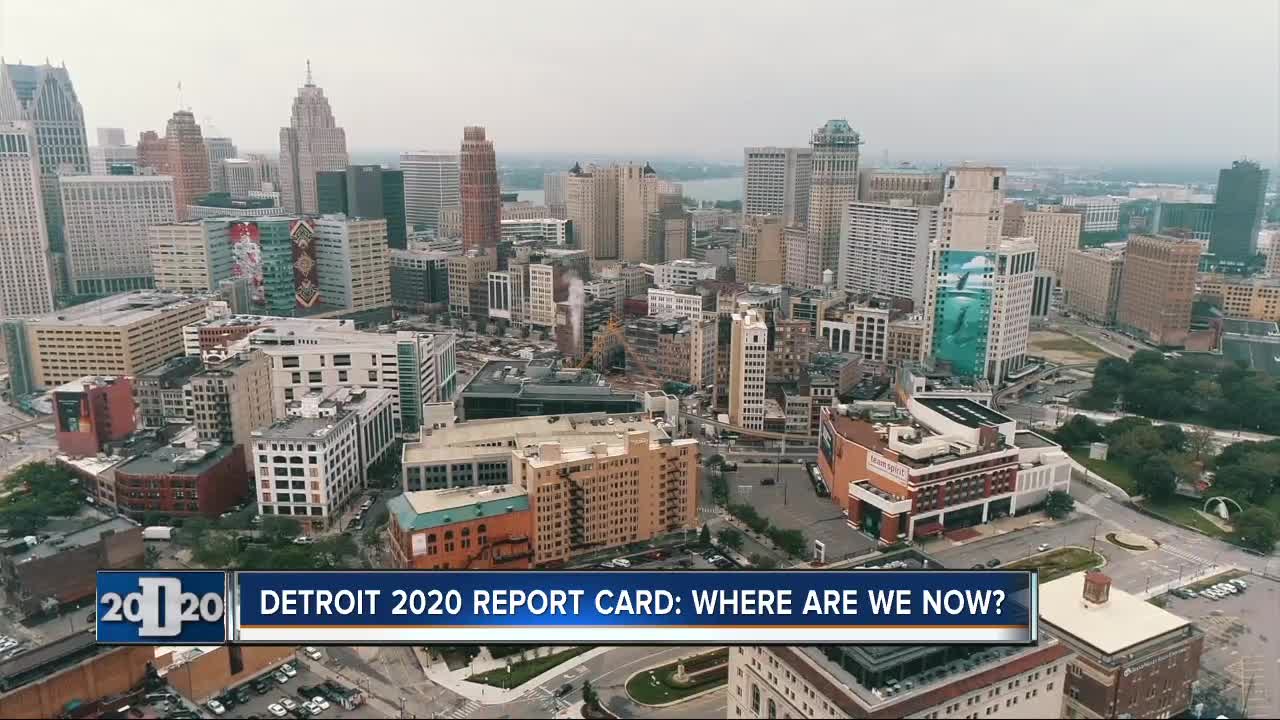 We're looking at where we are as we approach 2020, almost 10 years after we launched our Detroit 2020 series.

(WXYZ) — As the year 2020 approaches, we're giving a report card for D2020, looking at the progress, and the work yet to be done in areas like transportation, education, blight and land use, and an economic shift to a more entrepreneurial Detroit.

To see how the city is doing, we brought together two people and friends, wh ohave spent decades working at the grassroots level in the city's neighborhoods.

Toni McIlwain ran the Ravendale Community center on the city's east side for 32 years – and John George is the founder of BLight Busters, who is still at work after 32 years.

“For many years, people didn’t realize how dangerous blight is. It’s like a cancer. If you don’t stop it, it spreads, and it kills the whole neighborhood," George said. “Now that 20,000 blighted structures have been removed, we’re starting to see these neighborhoods heal.”

People who live in the neighborhoods also need to be lifted up, according to McIlwain.

STILL..THOUSANDS MORE EMPTY HOUSES AND BUILDINGS NEED TO COME DOWN.

“Over the years, I’ve seen so many lives changed," he said. “I think we have to continue to give hope to families so they can move their lives forward, because believe me, when you move lives forward, you move a whole community forward.”

TCF Bank came on board last month as a corporate partner, pledging to invest more than $5 million in the Grandmont Rosedale community on the city's west side.

George said focusing on the things that can benefit everyone is key.

“It has an expanding effect and we want to continue to bring people together and work on a better Detroit," he said.