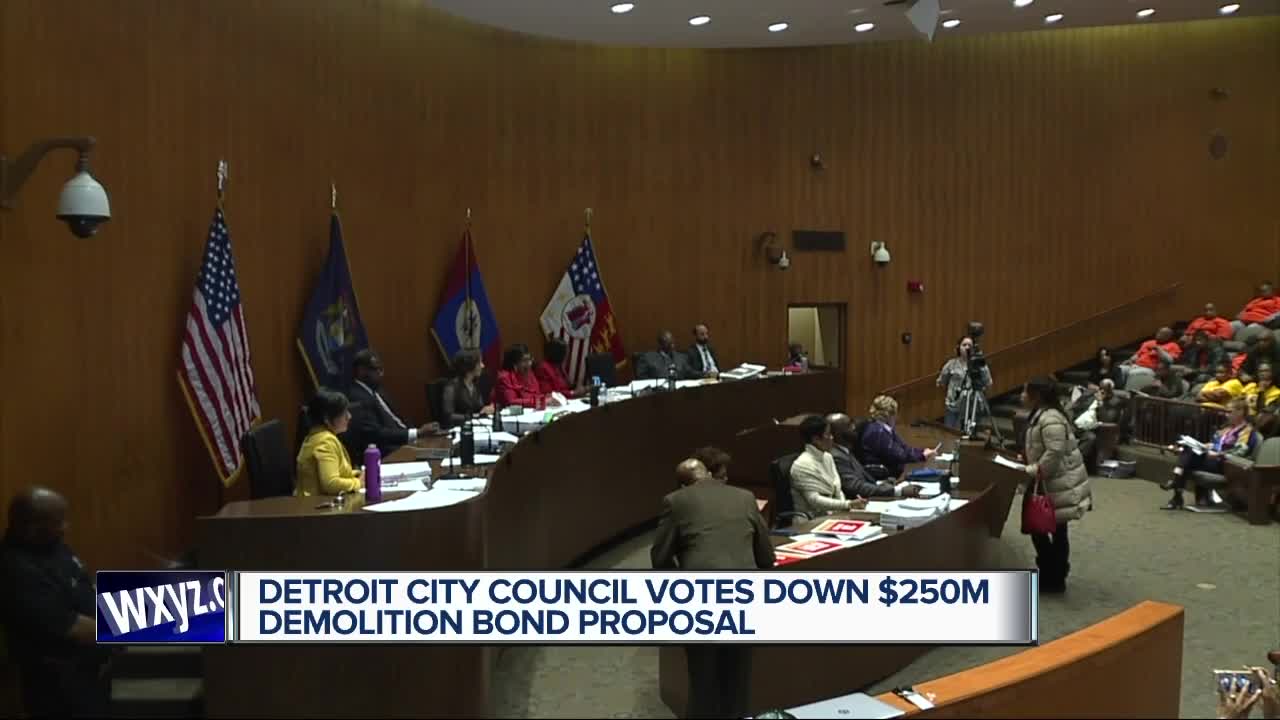 The Detroit City Council Tuesday voted down a proposal by Mayor Mike Duggan that would spend $250 million to finish tearing down 18,000 vacant homes. 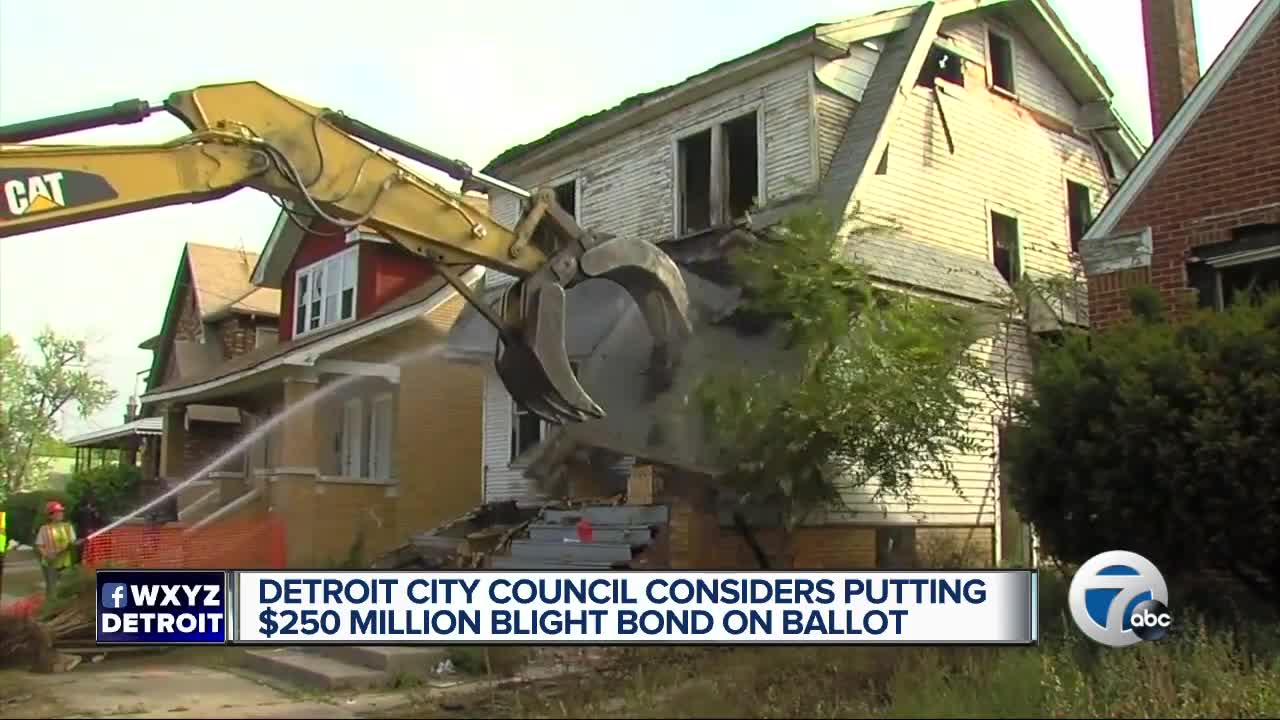 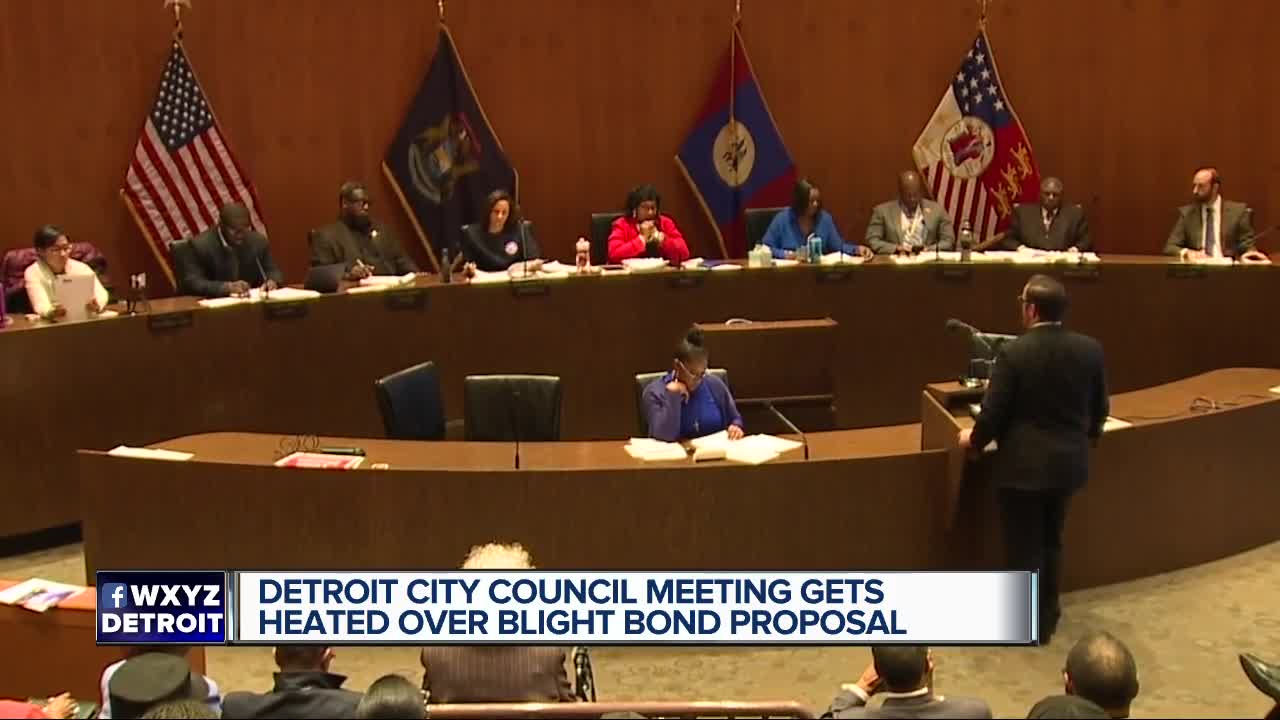 DETROIT (WXYZ) — The Detroit City Council Tuesday voted down a proposal by Mayor Mike Duggan that would spend $250 million to finish tearing down 18,000 vacant homes.

The meeting came after a hearing on Monday in which hundreds of Detroit residents spoke out about the proposal.

Members Gabe Leland, Janeé Ayers and Scott Benson voted for the proposal, with the other 6 voting against.

According to a report from the Detroit auditor general, the program to demolish vacant homes in Detroit has been mismanaged for years. Both state and federal investigations have been underway, since both have invested millions into helping the project.

Some concerned citizens are urging council to say no to the bond, arguing that it would not resolve the issue of blight.

Correction: An earlier version of this story incorrectly stated that councilmember Raquel Castaneda-Lopez voted for the proposal. This has been updated.