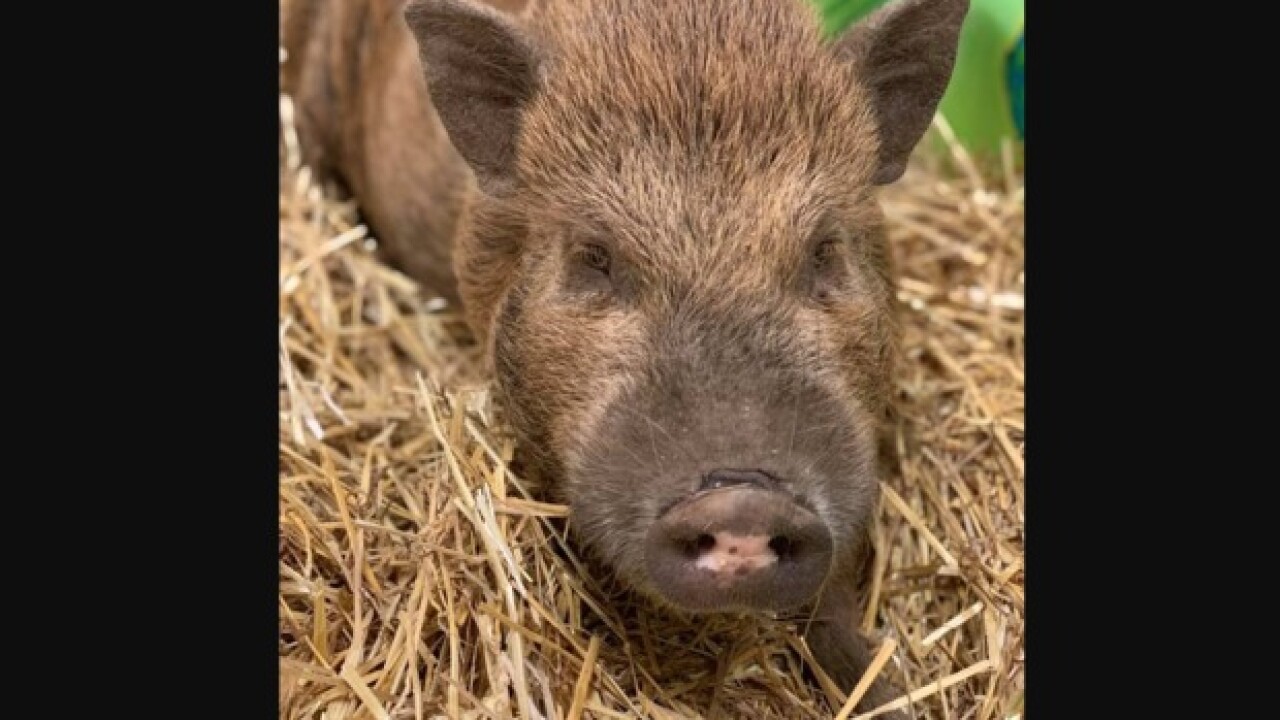 Detroit Dog Rescue and Detroit Animal Care and Control rescued a razorback pig that was abandoned in Detroit.

According to a Facebook post, Detroit Dog Rescue said Pat the Pig came in while they were helping some homeless dogs at Animal Control.

The animal rescue organization said it would love to see Pat go to a great home. Pat is friendly, loves to train and loves to eat. He does have special stipulations such as a city who allows razorback pigs, plenty of space and an owner with previous knowledge.

Anyone interested can call the city's live release coordinator at Detroit Animal Control 313-224-6356.