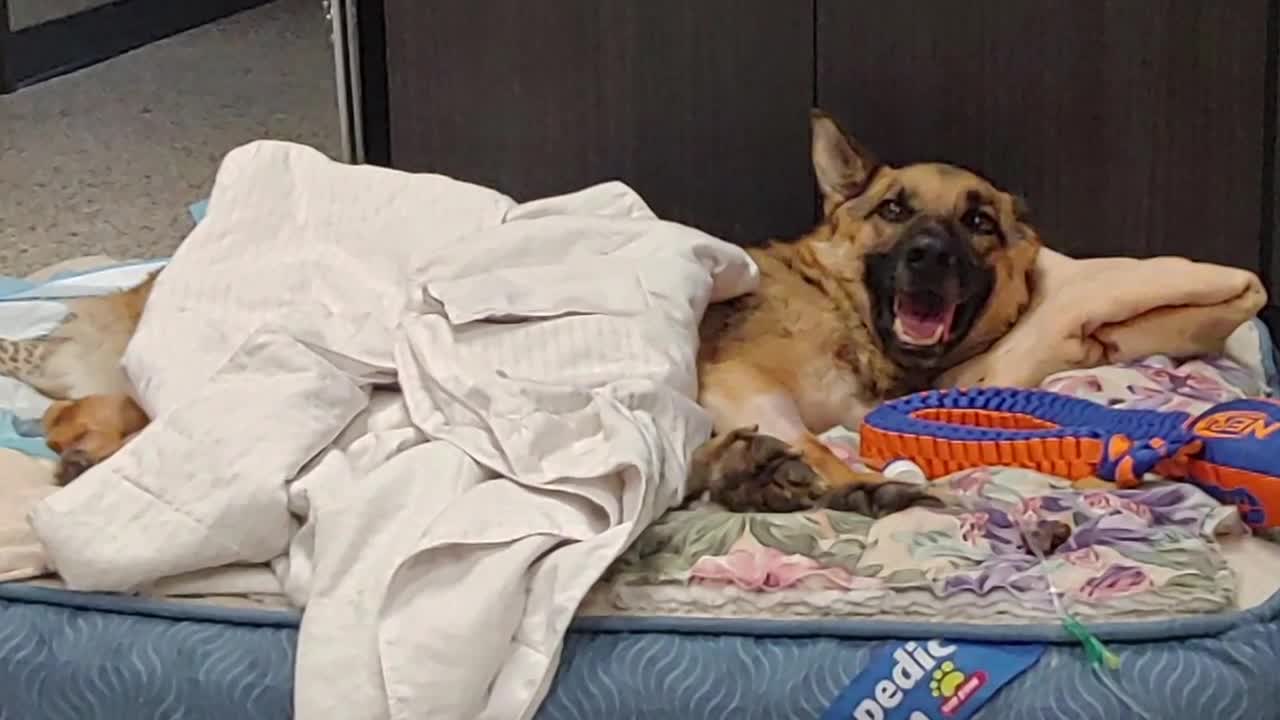 Four-year-old German Shepherd Stella stepped on a nail while outside in Detroit back in June. Now, two months later, she's still not home. 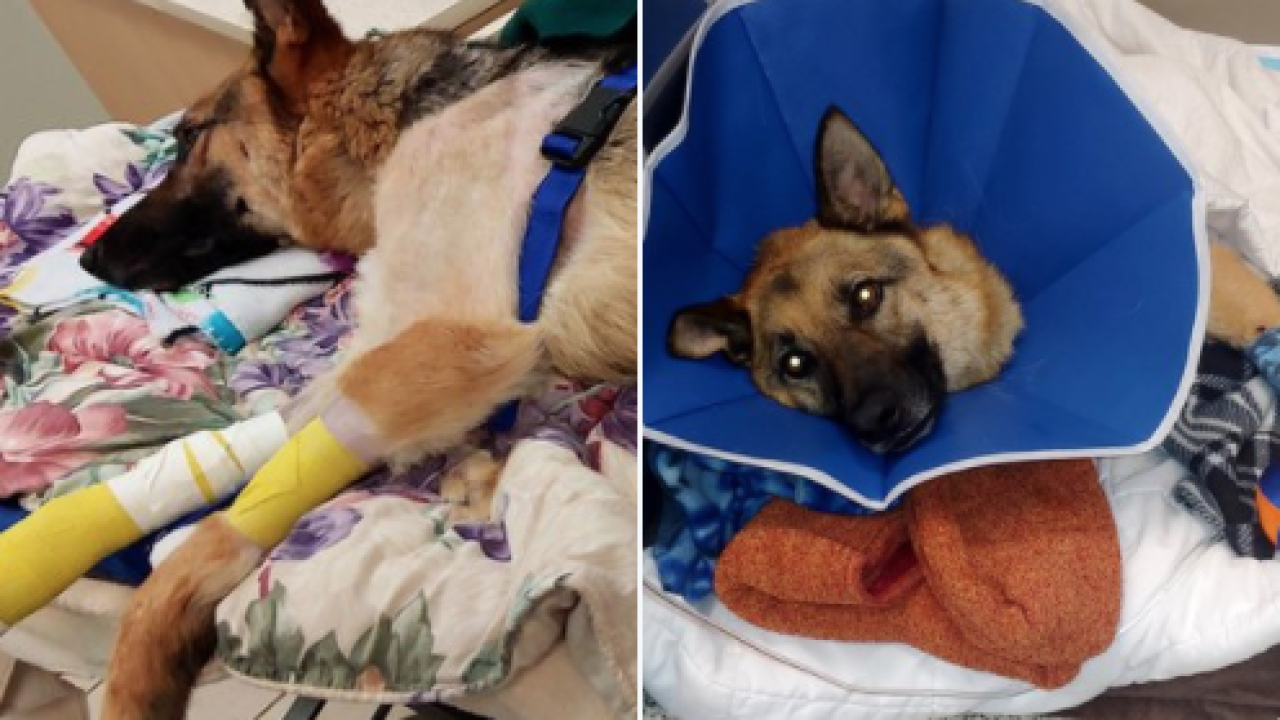 DETROIT (WXYZ) — Four-year-old German Shepherd Stella stepped on a nail while outside in Detroit back in June. Now, two months later, she's still not home.

After the accident, Stella's family took her to Dix Animal Hospital in Lincoln Park. According to Stella's owner, Cintia Nunez, the vet there said Stella needed surgery.

When Nunez went to visit Stella following the operation, she thought everything was fine.

“She had a cast on, everything was good," Nunez said. "The doctor told us the surgery went great and we could pick her up in a week."

But then Nunez got a call from the vet that there was a complication.

The Animal Resources Funding Foundation [ARFF], which works with the dog rescue, offered to cover the costs of Stella's continued care at the Woodhaven Animal Hospital.

When the dog arrived there, veterinarian Dr. Lucretia Greear was shocked.

Another tragic story we’re following today is a surgery that took a terrible turn for a Metroit Detroit family’s 4-year-old German Shepherd. How it ended with a leg amputation & why the family is now blaming the vet @wxyzdetroit 💔 pic.twitter.com/atNakCO1sC

“Her feet were covered in fecal matter," she said. "She had fleas. She was invested with fleas, she was very very underweight."

According to Nunez, Stella was a healthy dog prior to going to Dix for surgery.

Dr. Greear said Stella has exposed bone and hardware from that first surgery. A bone infection forced her amputate one of Stella's hind legs.

“Things can happen, animals can self mutilate themselves. I understand that. But it’s not protocol to cover it up and send her home," Dr. Greear said.

Action News spoke to Dr. Raj Chadha at Dix Animal Hopsital. He said he followed protocol, and that Stella suffered some sort of neurological complication out of his control, and that she ripped out her stitches.

Prior to that, he said her wounds were healing nicely.

Dr. Chadha told Action News he recommended Stella have an MRI done at another hospital, as Dix doesn't have the equipment to do so.

According to him, he's attempted to follow up with the family and Stella's current doctors but hasn't received any call backs.

We asked Dr. Chadha about Stella's condition leaving his hospital, and he said she appeared fine. He did confirm that Stella had a fever but said that wasn't atypical. He could not comment on wehther or not she had fleas.

Nunez said after this experience, she won't bring her dog back there.

Stella is still recovering at another facility in Oakland County.

Dr. Greear said despite losing a leg, she expects Stella will fully recover.

“We never imagined her going through this," Nunez said.