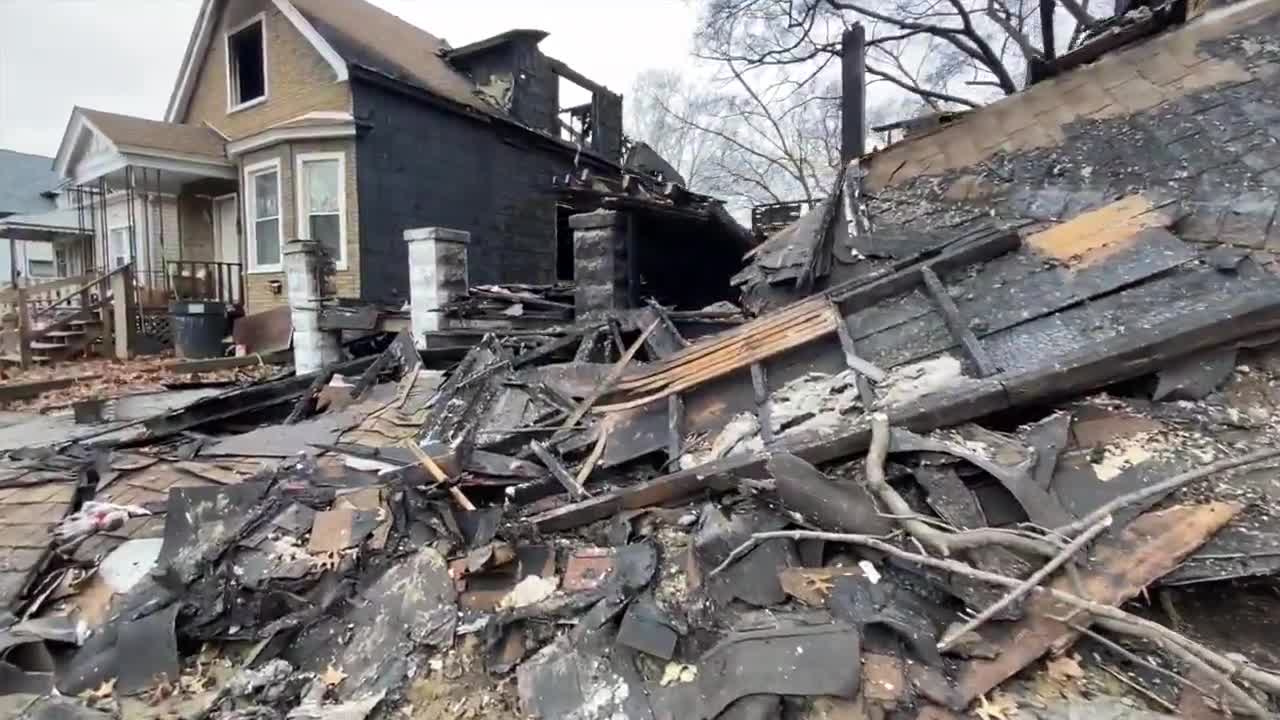 DETROIT (WXYZ) — A mother and three children in southwest Detroit have lost everything after the abandoned home next door went up in flames and took the family's home with it.

Suspected arsonists were caught on home surveillance video walking near an abandoned home. One person can be seen carrying something toward the home then minutes later, the vacant property goes up in flames.

"It was very frightening how fast it was spreading," said neighbor Elizabeth Hunter.

The flames spread to the occupied homes next door. Detroit firefighters fought to prevent the flames from traveling further.

"The neighbor across the street was pounding on the doors to get them out, we all know each other," said Elizabeth. "We’re like family so everybody looks out for everybody."

Thankfully, the mother and her three kids escaped as the fire spread to their home, but nearly everything they own was destroyed.

"All the neighbors were helping her get what she could salvage out of the house. It was like an assembly line," Elizabeth said. "They were able to get stuff from right inside the front room the living room, but other than that they’re pretty much starting over."

A grassroots neighborhood organization called Detroiter’s Helping Each Other put the family in a hotel and is coordinating meals.

"Three children – 16, 11 and 4 – two boys and girl and mom, they are in a hotel until Tuesday," said Jessica Ramirez, co-founder of Detroit's helping each other.

The family is looking for a new place to rent as soon as possible, but between the pandemic and Thanksgiving approaching, it has been tough to reach organizations that can help.

"Right now cause the holidays coming up with everything going on, it’s harder to get through different organizations," said Jessica.

Jessica is making sure they have food.

The family will need meals for the next few days, as well as new clothes and a place to rent. Because of the pandemic and the holiday, they may need donations to stay in the hotel a little longer.

Jessica is looking for donations to help.

"Without the donors, that support share network, nothing we do is possible because it’s everybody piece by piece putting the puzzle together," she said.

Thanks to viewers like you and Detroiters helping each other.