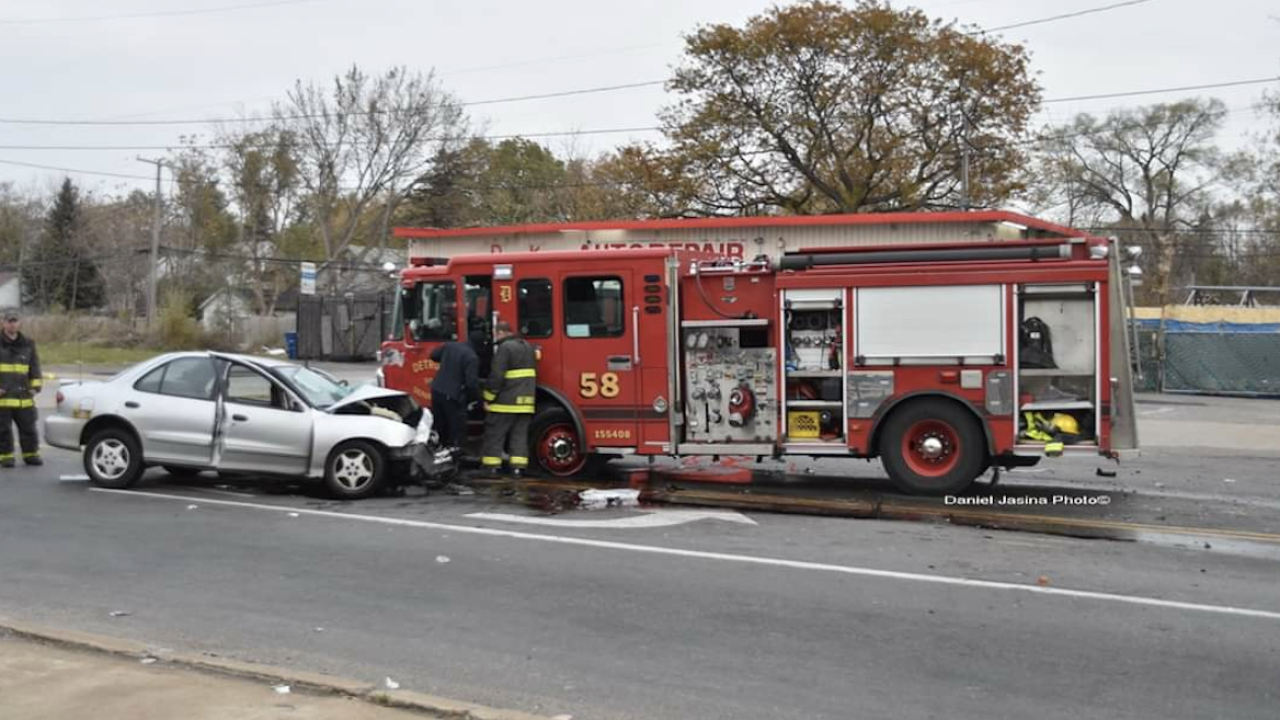 DETROIT (WXYZ) — A Detroit fire engine was involved in a crash with another vehicle on the city's east side early Sunday.

The crash happened around 7:40 a.m. in the area of Hayes and Seven Mile Road.

According to Detroit Deputy Fire Commissioner Dave Fornell, the fire engine was responding to a working fire at Fordham and Chalmers when the crash occurred. The driver of the car, a 22-year-old woman, was found unconscious by first responders and had to be extracted from her vehicle by firefighters.

The 56-year-old male driver of the Detroit fire engine was taken to a hospital with kneee, shoulder and back pain. Both individuals involved in the crash are in stable condition and the crash is under investigation.