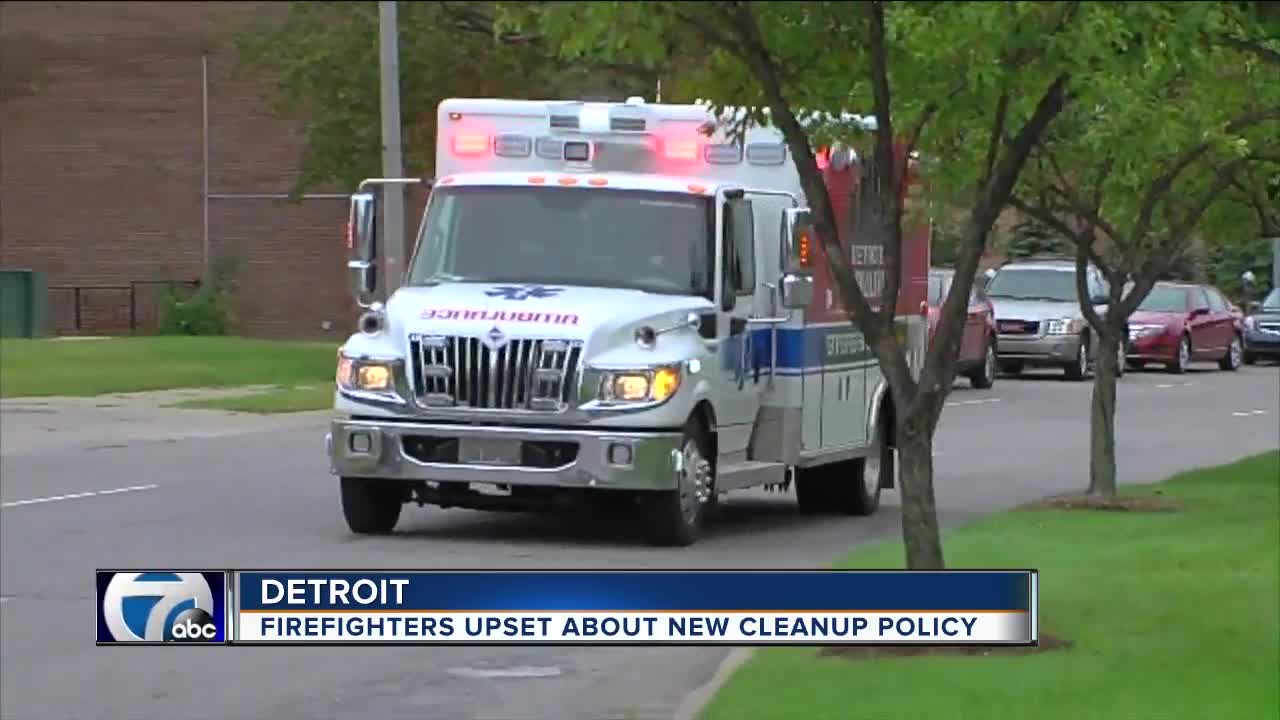 A new bodily fluid aftermath cleanup policy went into effect this week in Detroit for firefighters. It places responsibility for cleaning up tragedies on the first responders.

DETROIT (WXYZ) — A new Bodily Fluid Aftermath Cleanup policy went into effect this week in Detroit for firefighters. It places responsibility for cleaning up tragedies on the first responders.

Nevin wasted no time pushing back by filing a complaint with the Michigan Occupational Safety and Health Administration (MIOSHA).

"Because we haven’t been trained and it’s a safety hazard not only to people that do the cleanup but public as well," Nevin said.

He also charges that the new policy is a violation of collective bargaining for not notifying the union in advance and working with it before the policy began.

The Detroit Fire Department is a State of Michigan medically licensed agency that provides professional emergency medical response to the citizens and visitors of Detroit. Depending on the nature of the emergency, you or your loved one may lose bodily fluids. In order to be compassionate and sensible, the Fire Department has a policy in place to ensure that emergency responders do their part to protect the public from all hazards, including bodily fluids.

All emergency responders of the Detroit Fire Department have been issued personal protective equipment such as gloves, masks, tyvek suits, bio-hazard bags, sharps container, and disinfecting wipes. All emergency responders are required to complete daily inventory check lists of this protective equipment. Likewise, all medical responders of the Detroit Fire Department have received blood borne pathogens training as mandated by the State of Michigan, including the dissemination of a written policy approved by MIOSHA—Blood borne Infectious Disease Exposure Control Plan. This policy is reviewed and updated annually.

Additionally, the Detroit Fire Department has an environmental clean-up contractor that provides 24-hour emergency response operations such as waste removal,