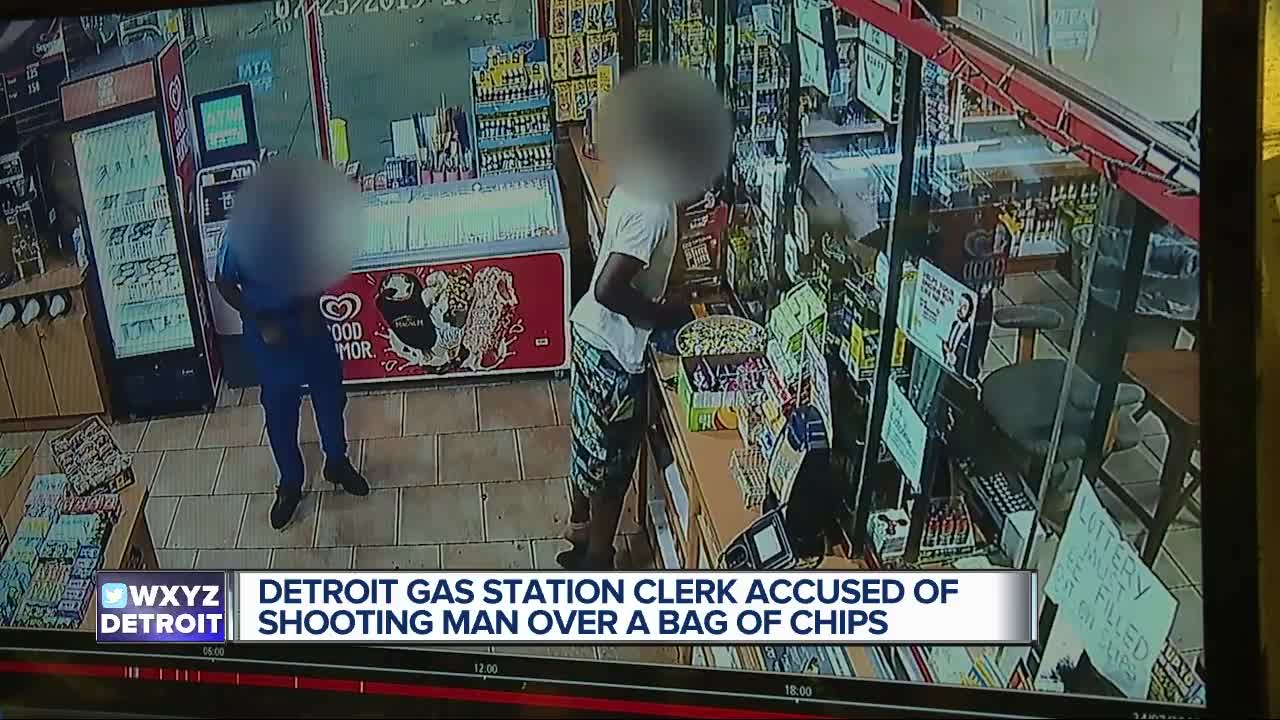 A gas station clerk turned the table on a thief but ended up shooting the wrong person overnight in Detroit. 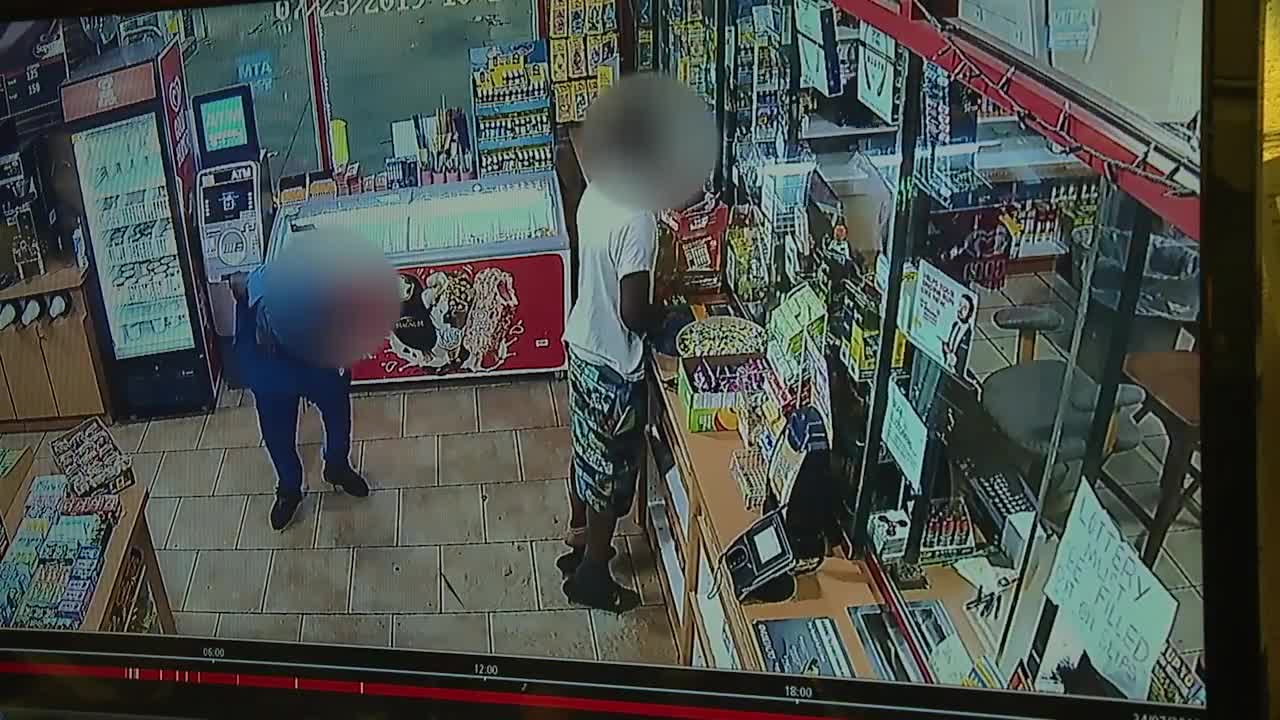 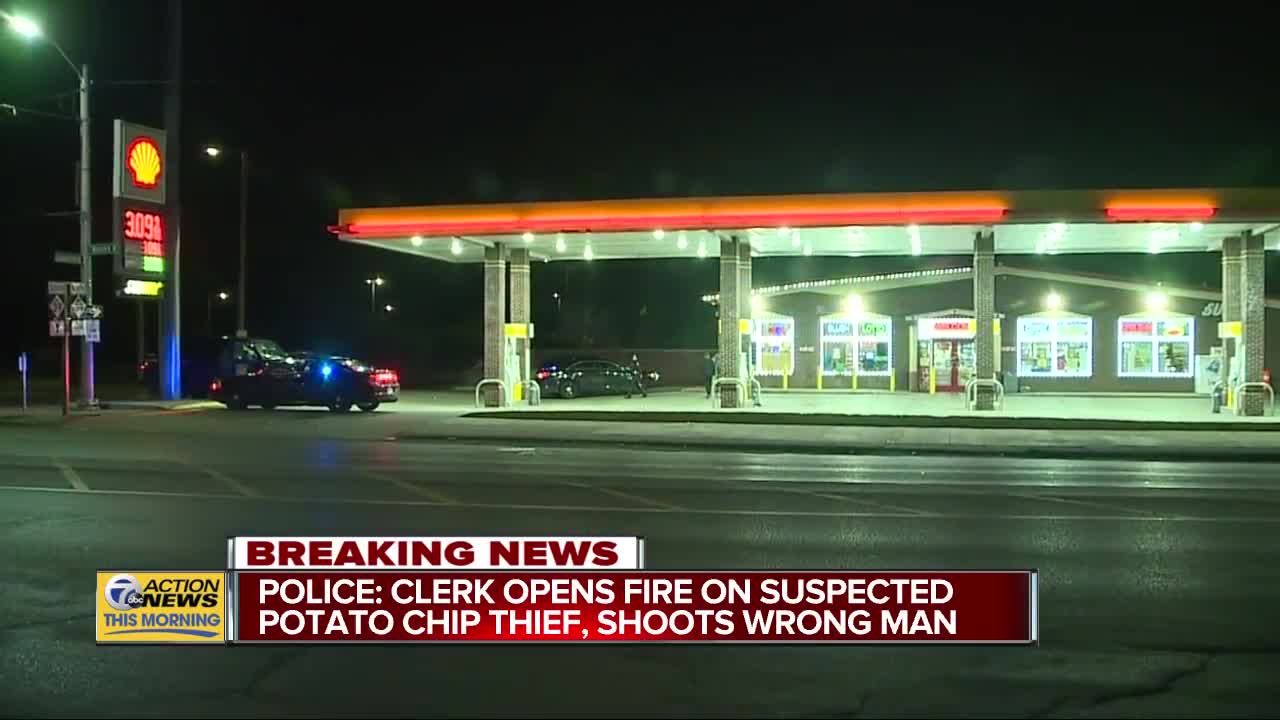 DETROIT (WXYZ) — A gas station clerk turned the table on a thief but ended up shooting the wrong person overnight in Detroit.

According to police, the clerk was trying to shoot a man who was stealing potato chips. The 27-year-old clerk came from behind the counter and shot out the front glass door. The victim was holding the door open for the alleged thief.

"Someone stealing a bag of chips does not warrant you firing a weapon. That's not acceptable -- ever," said Police Chief James Craig.

The incident happened after 10:30 p.m. Tuesday night at the Shell gas station on the 17000 block of W. Warren in Detroit.

Witnesses at the gas station say there had been some back and forth between the potato chip thief and the clerk.

One worker who witnessed the shooting told 7's Kim Russell that he heard the man in blue (victim) tell the clerk they had guns -- and planned to shoot when he got off work.

According to DPD, the 22-year-old victim was leaving the store, when the chip thief tried to steal several bags of chips. The clerk came out with a gun and ended up striking the 22-year-old customer in the chest.

"Certainly I don't think there is anyone who would believe it's okay to engage in this kind of response over someone stealing a bag of chips -- even if he's there everyday this week stealing chips," said Craig.

Police say the victim has been listed in "temporary serious condition," which means he is expected to live.

Both the clerk and the chip thief have been arrested, police confirmed. Craig says the case has been turned over to the Wayne County Prosecutor's Office.