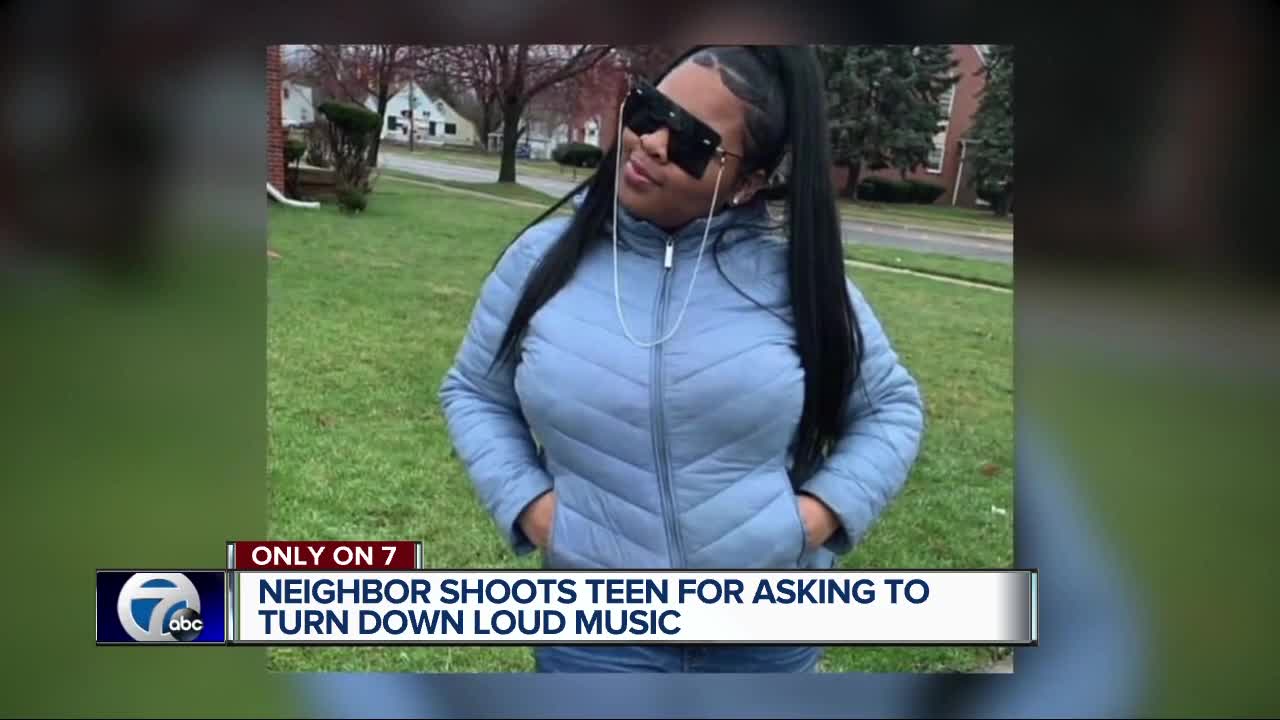 A Detroit teen and high school honor student remains hospitalized after she was shot in the stomach over a loud music complaint.

DETROIT (WXYZ) — A Detroit teen and high school honor student remains hospitalized after she was shot in the stomach over a loud music complaint.

Taea Hines, 16, has undergone six surgeries since November 3, the shocking outburst of violence on the young teen has left many in the community stunned.

Hines reportedly asked a neighbor to turn down the music and was shot after an altercation ensued over the request on the 9500 block of Vaughn.

Detroit police are investigating and released a mug shot of the suspected shooter; however, the name of the man has not been made public.

Per department policy, if a suspect is known to police, their name is not released.

Hines’ family members claim he has an extensive criminal history.

Hines’ mother said medical bills are mounting and the family is teetering on the brink of homelessness due to the shooting.

They have set up a GoFundMe page to assist with Hines’ medical expenses and for the family to relocate.

If you have an information about the suspect’s whereabouts, call 1-800- SPEAK UP. Remember you can remain anonymous.