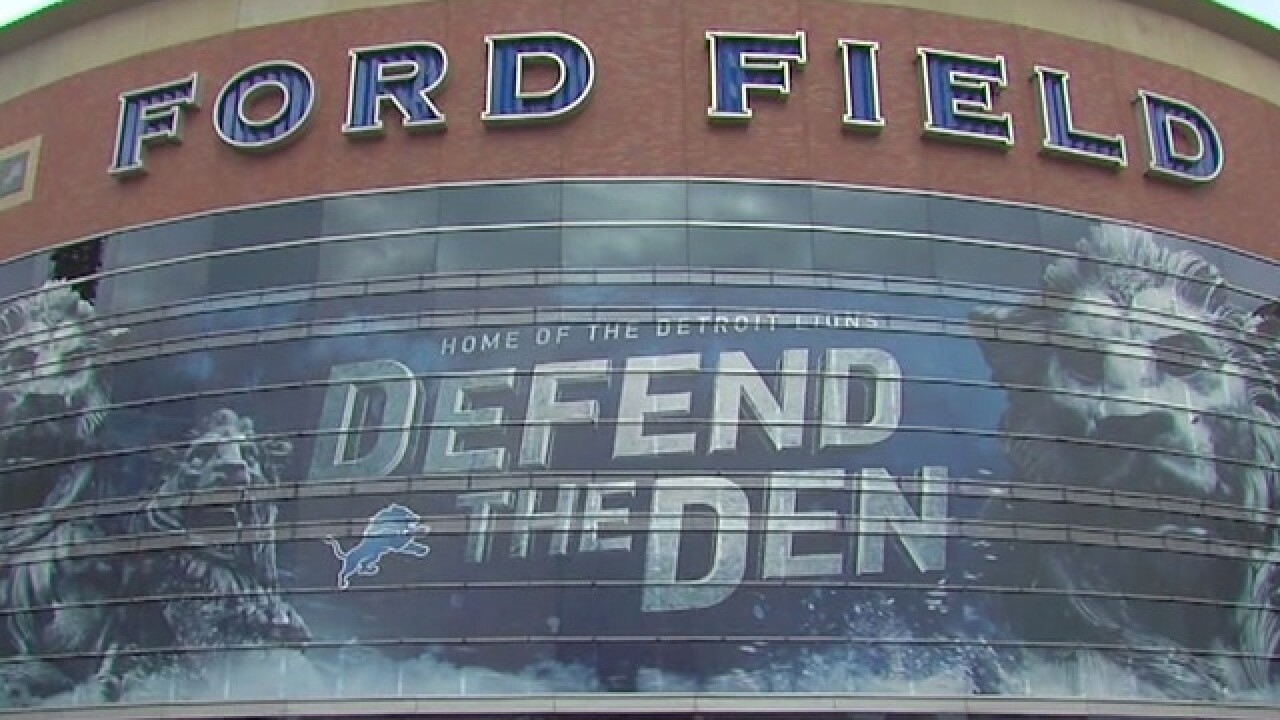 Copyright 2017 Scripps Media, Inc. All rights reserved. This material may not be published, broadcast, rewritten, or redistributed.
<p>Ford Field is the No. 9 thing to do in Detroit, according to TripAdvisor</p>

Despite being worth over $1.5 billion, the Detroit Lions are still one of the two least valuable teams in the NFL, according to a list of Forbes.

The team wasn't included in a list of the most valuable sports teams in 2018, one of only three NFL teams not to be included. On top of that, the team ranks 31 of 32 NFL teams in value.

According to Forbes, the team value is $1.7 billion, calculated in September 2017. Still, it's a lot more valuable than when the Ford Family purchased the team in 1964 for $5 million.

They had $341 million in revenue, $48 million in operating income, $189 million in player expenses, $51 million in gate receipts and an average of $22 revenue per fan.

As for the most valuable franchises, the Dallas Cowboys top the list at $4.8 billion, followed by Manchester United at $4.123 billion, Real Madrid at $4.09 billion, Barcelona at $4.064 billion and the New York Yankees at $4 billion.