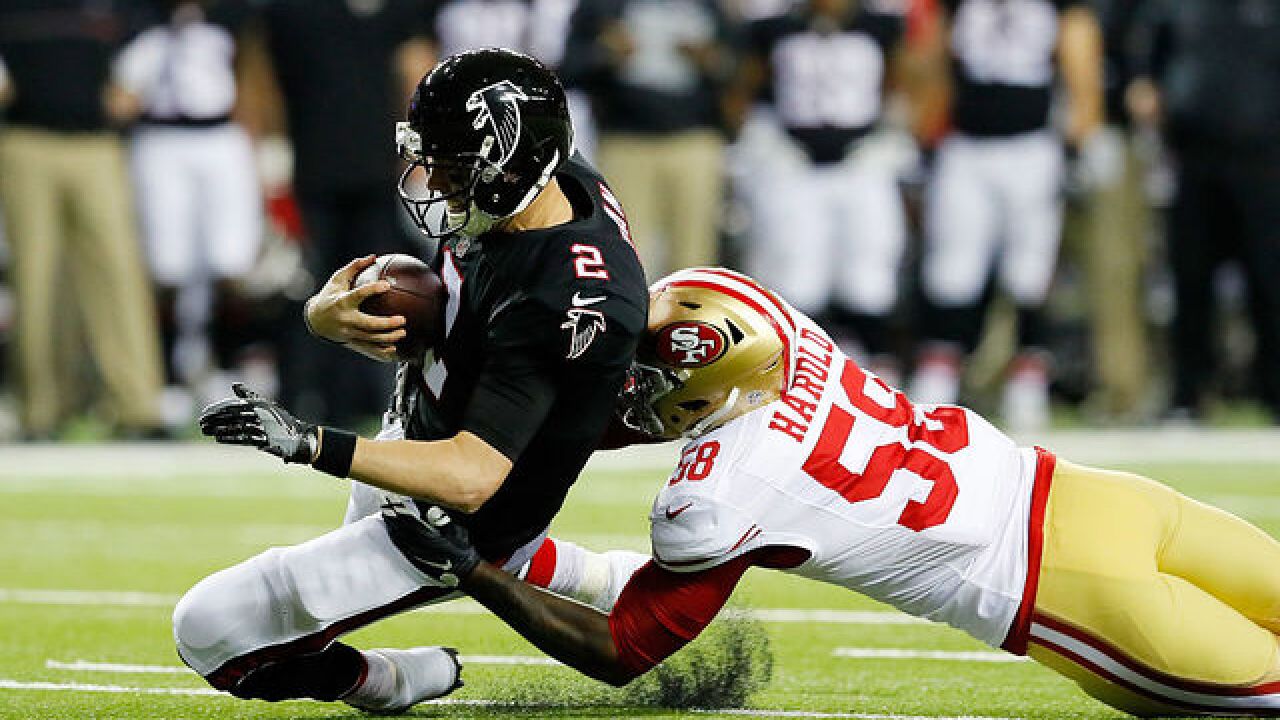 Copyright Getty Images
Kevin C. Cox
<p>ATLANTA, GA - DECEMBER 18: Matt Ryan #2 of the Atlanta Falcons slides past Eli Harold #58 of the San Francisco 49ers during the first half at the Georgia Dome on December 18, 2016 in Atlanta, Georgia. (Photo by Kevin C. Cox/Getty Images)</p>

The Detroit Lions have traded an undisclosed future draft pick to the San Francisco 49ers in exchange for linebacker Eli Harold.

Harold, 24, was drafted out of Virginia by the 49ers and spent his first three NFL seasons with them.

He's appeared in every game for the 49ers, including starting 11 of 16 games last season where he had 34 tackles, 26 of which were solo, and two sacks.

The team also announced they have waived defensive lineman JoJo Wicker with the move.