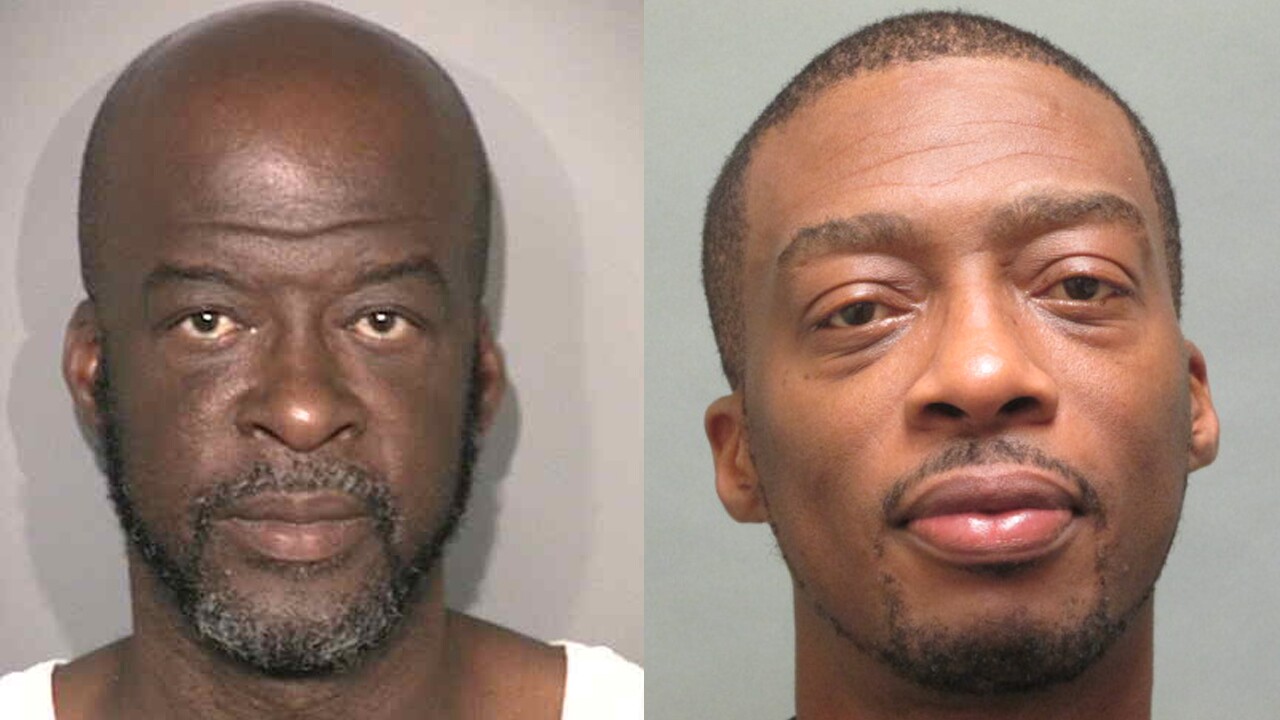 DETROIT (WXYZ) — Two Detroit men were arrested and charged with federal crimes for allegedly beating and raping women inside a drug and prostitution house they ran.

According to a criminal complaint filed Friday, Erskin "Evil" Perryman and Eligah "Pops" Goodman are charged with felon in a possession of a firearm, possession with intent to distribute controlled substances and maintaining a drug premises.

The investigation has lasted four years and involves at least eight women who are mentioned in the criminal complaint.

According to the complaint, all of the crimes involved a house on Hazelwood on the city's west side off of Rosa Parks Blvd.

The complaint said the investigation started on Sept. 8, 2016 when DPD responded to the home for a sexual assault in progress with a gun. The first victim told police that Goodmon and another man offered her crack cocaine for sex. She agreed and the men took turns having sex with her for several hours. After she told them to stop, she said they continued to rape her, slap her and choke her. They also threatened her with a gun when she tried to leave, according to the complaint.

The complaint said the fourth victim said that if any girls refused to work by having sex dates, Goodmon would kick them or beat them. She also said Goodmon would force himself sexually on all of the girls.

Another victim told agents that Goodmon raped her and she also worked as a prostitute out of the home, claiming that Goodmon choked her.

The sixth victim, according to the complaint, was found dead inside the home on Dec. 5, 2019, next to a couch in the house. After reviewing sex advertisements on MegaPersonals.com, investigators found that it was the same woman as she was posting next to the same couch.

On Dec. 16, 2019, a seventh victim told FBI agents that "Evil" and "Pops" were selling guns, drugs and girls out of the home, and that women staying at the home lived there because they performed commercial sex dates. The victim also told investigators Perryman pistol-whipped a woman, and also would be violent with them.

The eighth victim, according to the complaint, spoke with FBI agents on Jan. 31, 2020, and told them she performed sex dates at the house.

On Feb. 12, 2020, police executed a search warrant at the home and found Perryman, Goodmon and two women inside. Both men were arrested, and when searching Perryman, they found a bag with six lottery folds of suspected heroin, 14 bags of suspected crack cocaine and a large amount of US money.

They also found several guns inside the home and crack cocaine and heroin inside a cabinet in the dining room.