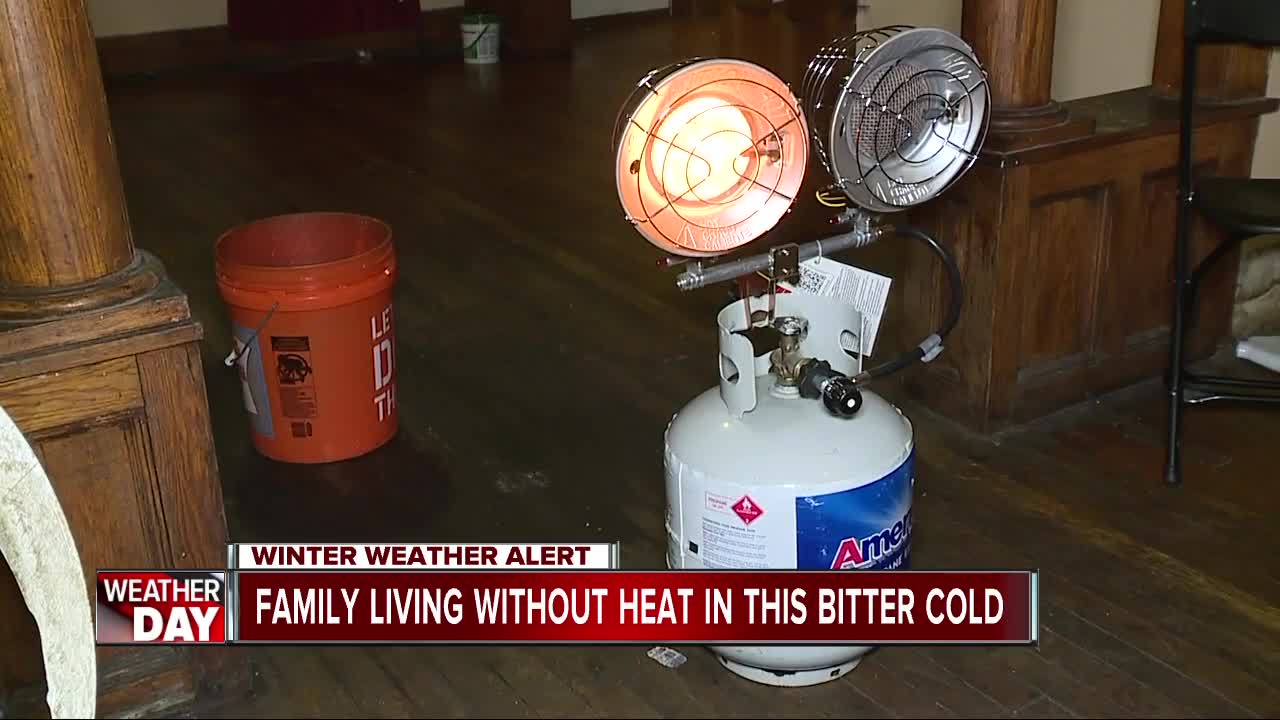 Ruth Washington and her four kids are living in a house on St. Clair in Detroit without heat, as an early dose of frigid temperatures and snow barrels through the region.

DETROIT (WXYZ) — Ruth Washington and her four kids are living in a house on St. Clair in Detroit without heat, as an early dose of frigid temperatures and snow barrels through the region.

“Me and my four kids all sleep in one room," Washington told 7 Action News.

Unable to pay the bill, they're using a propane tank to heat the inside of their large living room. Washington's oldest son reached out to 7 Action News for help.

NO HEAT: A woman and her 4 kids are living without heat on Detroit's east side tonight. Her oldest son reached out to @wxyzdetroit for help. They're using propane gas to heat their living room, and trying to stay warm by wearing their winter coats inside. pic.twitter.com/n1ox9PLoS2

“I have to do what I have to do in order to keep my babies warm. My little baby can’t even come down here," Washington said of her 3-year-old daughter.

Meanwhile, her 9-year-old son is celebrating a birthday. He's got a cake, but he'll be eating it wearing his winter coat.

Area shelters like COTS Peggy's Place on Wyoming Street do what they can to help families like Washington's. Most of the shelter's residents are young kids.

“We’ll do whatever we can do to make sure a family is not on the street," said Emergency Shelter Coordinator for Peggy's Place, Deja Farrlowery.

“When the weather changes, of course we always try to be prepared," Farrlowery told Action News. "And so our call volume has increased today, but greater that it has been in this past week."

Frigid temperatures and early snow is affecting area shelters, who are now even busier than usual. COTS Emergency Family Shelter in Detroit says it's almost full, and expects remaining beds might be claimed later tonight. Most of their residents are children @wxyzdetroit #MIWX pic.twitter.com/gDnERSAtJh

Washington, who lives in her home with her 9-year-old, a toddler, and her two adults sons, said she's worried as winter weather continues things will only get worse.

"It’s been a struggle, it really has," Washington said.

With help from Peggy's Place, 7 Action News found a shelter available to help to Washington and her family. They have also created a GoFundMe page.