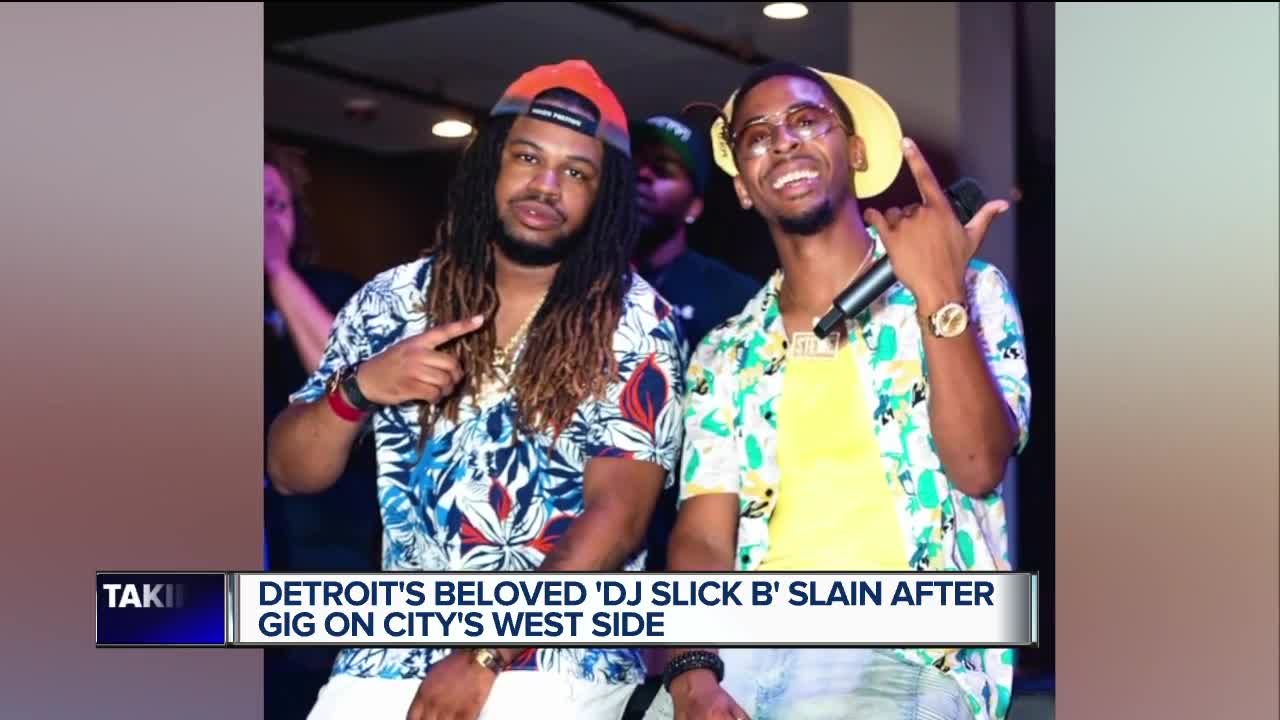 DETROIT (WXYZ) — A celebrated local DJ and Detroit music legend, DJ Slick B, was fatally shot on the city's west side Friday night.

Byron Gilbert, 28, known on stage as DJ Slick B, had a large following in southeast Michigan. Those who knew him in the industry said in many ways, he was a pioneer.

“Byron had 'it.' And I can’t really tell you what 'it' is but I know it when it see it and he had that thing," said Bill Black, Director of Urban Programming for iHeartMedia Detroit and a friend of Gilbert's.

Clark, also known as Stew, is a music host in Detroit. He said he met Gilbert through the industry, and they became friends over time.

"I asked him to DJ some of my parties and that just led to him really, us seeing each other every weekend for years," Clark said.

Gilbert was supposed to DJ one of Clark's parties the night he was killed.

“Him not being there and him not walking in, us not talking our little talk beforehand, it hurts," Clark told Action News.

"I feel like we just lost one of us," says music colleague and friend of Gilbert's, Matthew Clark. He says @DJSlick__B impacted so many people in the local music scene, himself included. He calls him a pioneer. "The whole city is really hurting over this right now" @wxyzdetroit pic.twitter.com/uAxa8RFkHf

Detroit Police said Gilbert was with another man on West McNichols Friday night around 7:25 p.m. when a suspect approached them and tried to rob them at gunpoint. Both men were shot; Gilbert died from his injuries later that night at Sinai Grace according to the Wayne County Medical Examiner's Office. The other man, who is 25 years old, survived.

"Byron was a phenomenal person, a family man, a DJ, a friend to us, a loved one to many and an all around pure motivation for our city of Detroit. All he ever wanted to do was put on for Detroit in the most positive, authentic way. It's a complete tragedy and heartbreak that this unfortunate event occurred. This is truly a hard loss for us all. My prayers and condolences go out to his family, his children and the entire city of Detroit that is grieving during this sensitive time. We love you forever DJ Slick B."

“It’s definitely a loss to the whole hip hop and and music community of Detroit," Black said.

Police said the suspected shooter took off in a dark colored SUV. The shooting happened near the Hemp Museum, where Gilbert was scheduled to DJ earlier that night according to his Instagram page.

A tribute event is scheduled for Sunday night at The Annex in downtown Detroit, where Gilbert was a resident DJ.

Detroit Police are continuing to the investigate the shooting. Anyone with information should contact Detroit Police Homicide 313-596-2260 or Crime Stoppers 1-800-Speak Up.