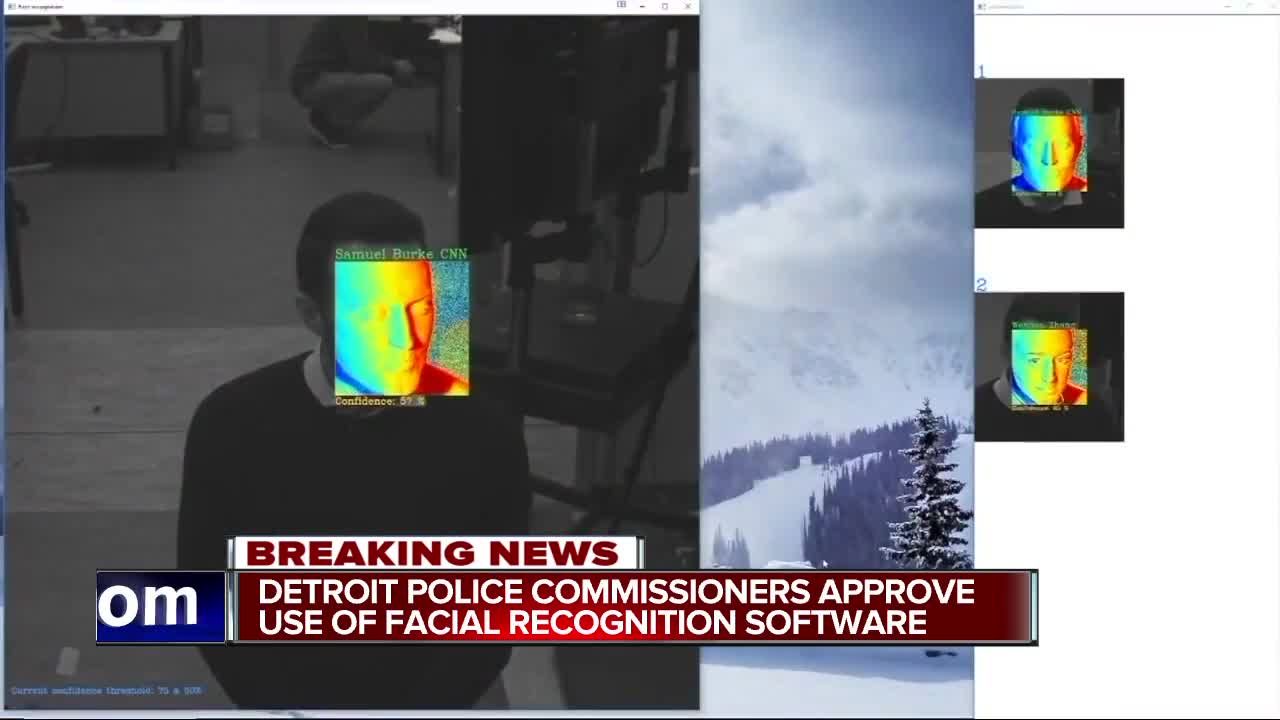 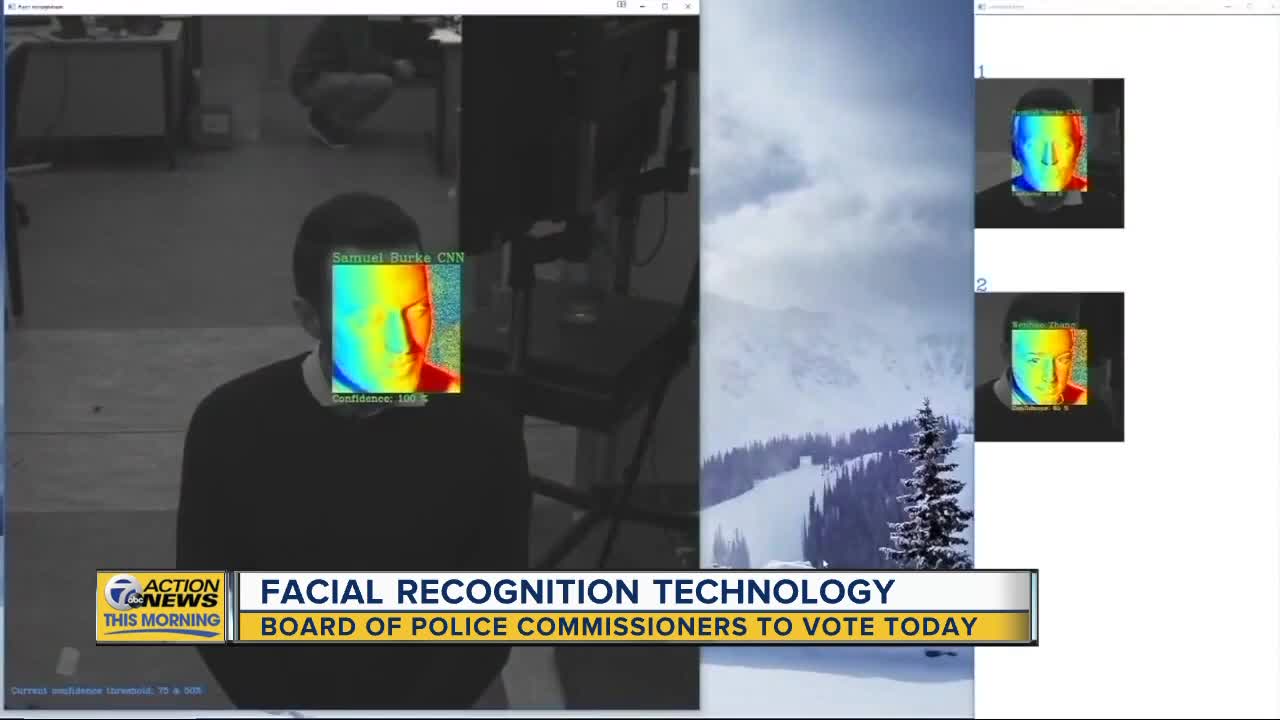 The city started using it in 2017 without approval from the Board of Police Commissioners. On Thursday, the board voted 7-3 to approve the use.

BREAKING: Motion passes 7-3 to support use of facial recognition by DPD with responsible use of technology. Chief is thanking the board for their votes, and allowing the program to continue despite opposition. @wxyzdetroit #5PM #6PM pic.twitter.com/SksBNQsET2

As critics of the program plan to protest, Chief James Craig says it's one of many tools his department uses to solve crimes.

Chief Craig say the it's one of many tools they use to solve violent crimes.

BREAKING: “We protect civil rights of citizens. We are committed to quality of life.” Commissioner Lisa Carter is speaking about vote expected involving facial recognition software. Chief has introduced his executive management. Protestors on hand outside. @wxyzdetroit #5PM #6PM pic.twitter.com/U5ZiJIEakr

However, his critics say this technology could cause harm to people, especially African Americans..

"I’m satisfied with DPD using it in an ethical way, and if a police department tried to use it improperly, that person would be held accountable," he said ahead of the vote.

However, the concerns among opposition are growing louder. A coalition of at least 16 groups say they're against the program.

BREAKING: Board members are discussing putting in place stronger penalties for anyone caught abusing the system. Public comment is also expected today, along with a vote on use of facial recognition. ⁦@wxyzdetroit⁩ ⁦@ACLUofMichigan⁩ #5PM #6PM pic.twitter.com/janHyZ3rUT

And now, the American Civil Liberties Union is joining the fight.

Eric Williams is an attorney with the local chapter and Detroit Justice Center.

"If it were white people who were misidentified at the same rate that black people are misidentified by this technology, we wouldn’t even be having this conversation,” he says. “People would say it doesn’t work... in a city that’s 80% black, that’s problematic."

The ACLU says they filed a Freedom of Information request seeking all records on the use of the technology.

Williams says it's not for prime time.

But he says the technology is only one of many tools combined that will help solve violent crime.

"Based on my understanding of the technology that if we just relied on technology alon,e it would misidentify probably 97-98% of the time and we're very concerned about that – we don’t want the technology embedded in any of our cameras," he says.

Chief Craig says they never make arrests based solely on the use of the technology.

Still, Williams say the program should be put on pause.

"If there are that many issues with it, why don’t we hold off until technology is more mature?" he asks.

Chief Craig says their main goal is to be transparent with the public.