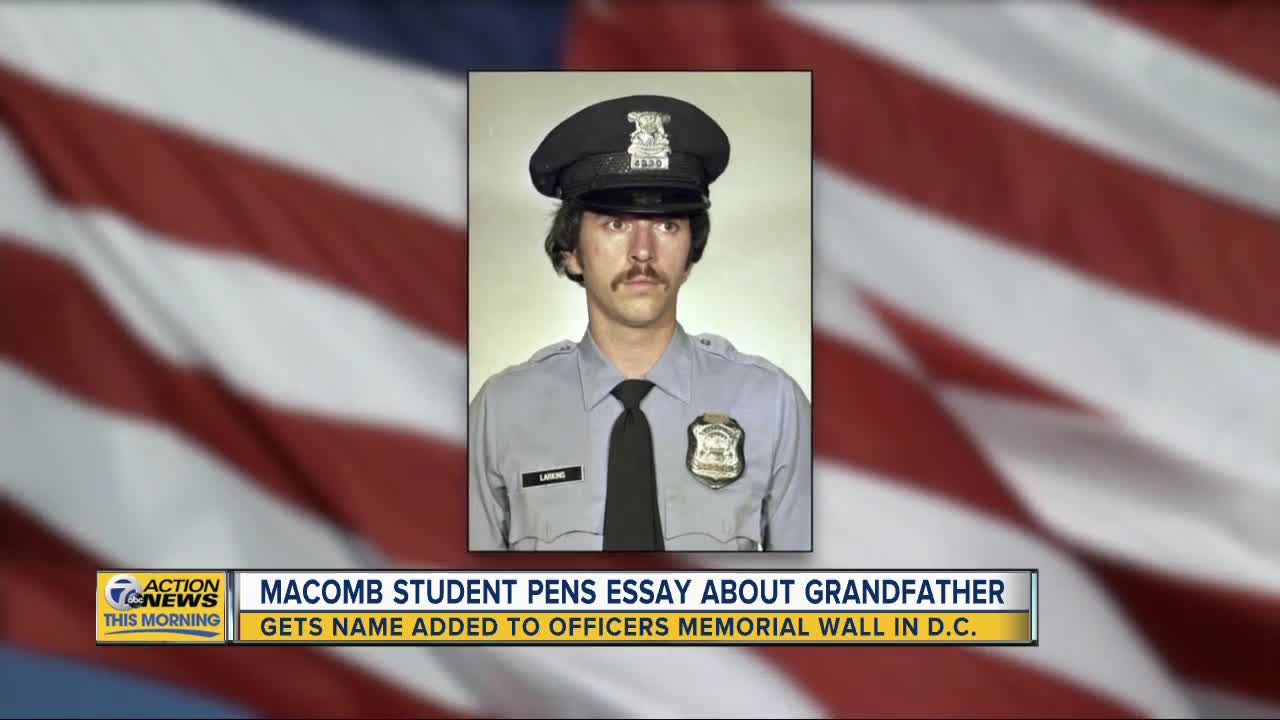 Nearly 41 years after Detroit Police Officer Scott Larkins was shot while in the line of duty, his name will finally be added to the National Law Enforcement Officers Memorial Wall in Washington, D.C.

DETROIT — Nearly 41 years after Detroit Police Officer Scott Larkins was shot while in the line of duty, his name will finally be added to the National Law Enforcement Officers Memorial Wall in Washington, D.C.

Both men survived the shooting, but Officer Larkins' life changed forever. He eventually died from complications as a result of the shooting in 2008.

“My grandfather did survive, but his quality of life wasn’t the same and ultimately took his life,” wrote his grandson Jacob Fournier.

Fournier, 18, is a freshman at Macomb Community College. His dream is to one day became a police officer like his grandfather and other family members before him. To help with college funds, he applied for a scholarship through the Collin Rose Memorial Foundation.

It sparked the interest of Detective Chris Powell with Wayne State University, who is also the president of the Collin Rose Memorial Foundation, offering the scholarship. He searched the database for the “National Law Enforcement Officers Memorial” in Washington D.C.

“I queried their database and didn’t see his grandfather's name, so that had me curious to see how we could right that if it was something we could do to get him recognized on there,” said Detective Powell.

Detective Powell found Officer Larkins' medical records from his death in 2008. In the paperwork, it says, "the possibility of homicide cannot be excluded."

“I’m proud of my husband, and I’m glad he is being recognized, I really am; he deserved it,” said Sharon Ann Larkins, Officer Larkins' widow.

Jacob did end up receiving a scholarship totaling $1,000.

Officer Larkins' name will be added to the wall with a special ceremony to be held next May. The Collin Rose Foundation is accepting donations and selling coins with Officer Larkins' name and photo on them to help pay for the trip for the Larkins family to see the ceremony.