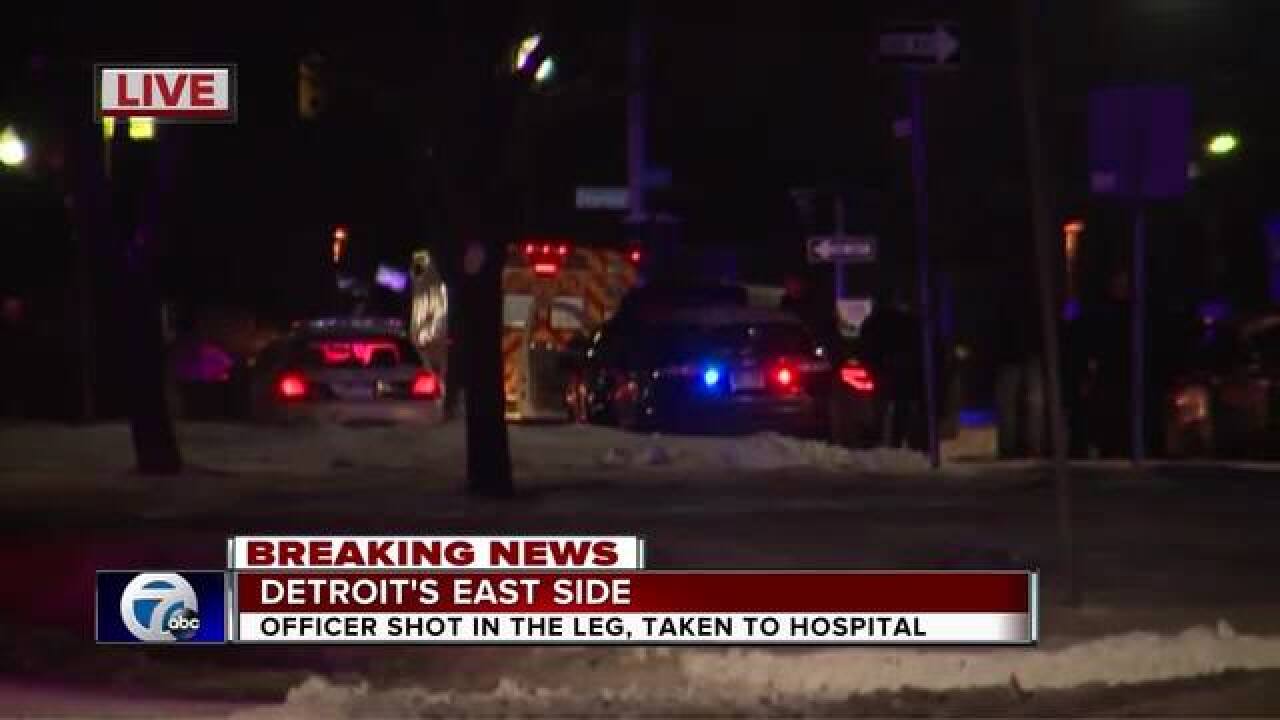 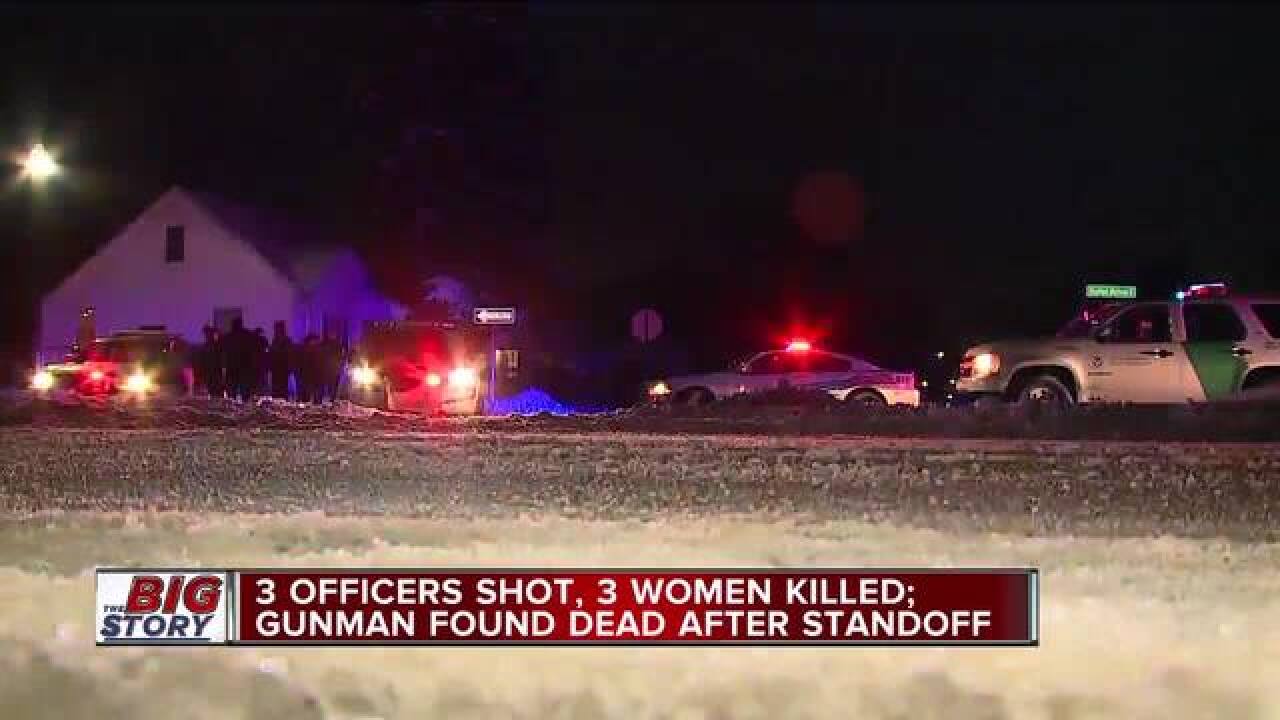 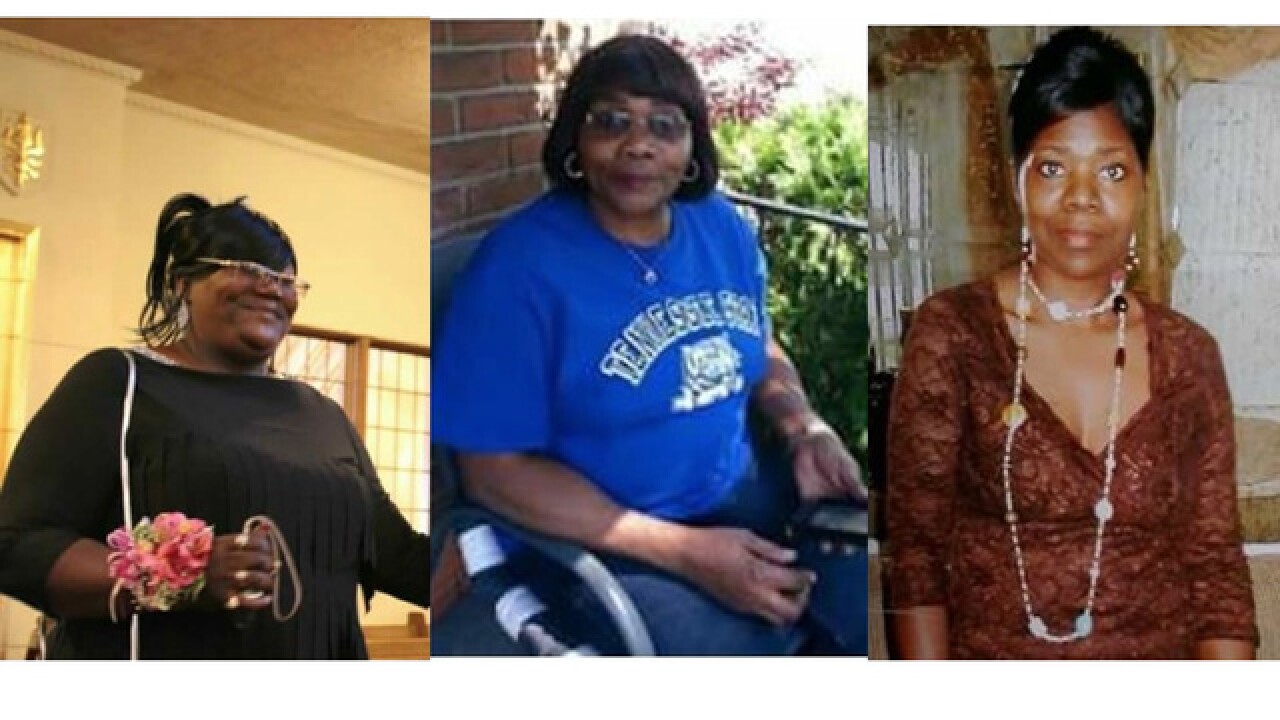 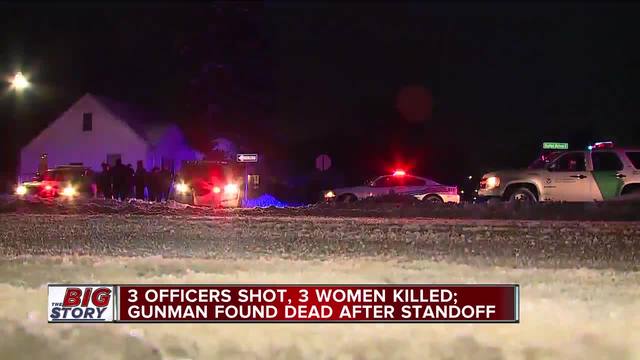 Detroit Police Chief James Craig said three police officers were shot and two other women were killed during a barricaded gunman situation on the city's east side.

The situation began around 10 p.m. Sunday on Lamont Street near 7 Mile and Mound Road. Police say an off-duty DPSCD officer was off duty and the one who contact 911.

The suspect killed two women and then fired an unknown number of shots, pinning down officers for nearly an hour. According to police, there may be a third person possibly killed. A woman, the suspect's girlfriend, is missing.

There was a second attack on the officers were a second Detroit police officer was shot. He was taken to the hospital and should be released by Tuesday.

Craig said that all officers were shot in the leg.

The Special Response Team helped facilitate the rescue efforts, moving the officers out of the firing zone.

According to Chief Craig, the Detroit police officers never returned fire because they didn't know where the shots were coming from.

Right now, Craig said that there is no documentation of him suffering mental illness.

One neighbor was taken into custody but they determined the neighbor didn't fire any shots.

The off-duty DPSCD officer is related to the victims and the suspect's girlfriend, according to Craig.

According to police, they aren't sure if the suspect is still inside the home, and the situation is still ongoing.