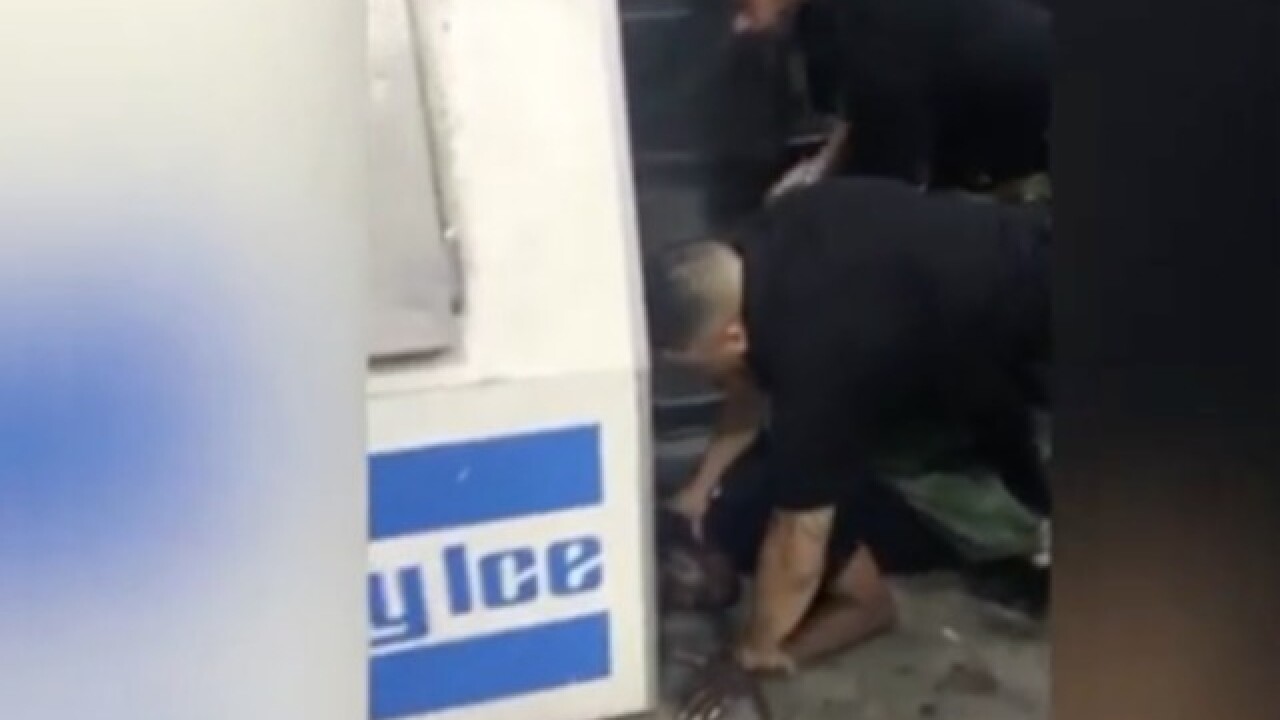 Detroit police officer Richard Billingslea was sentenced to two years of probation after pleading no contest to charges of assaulting two men at a Mobil gas station.

It is alleged that on May 31, Billingslea and his partner stopped at the gas station in the 17000 block of Harper in their marked scout car.

Billingslea is alleged to have become involved in a verbal exchange with Michaele Jackson, which escalated into an assault, during which Jackson was pepper-sprayed and beaten, prosecutors say.

D'Marco Craft, 26, Craft recorded the assault on his cell phone, which was taken by another officer who responded to the location. Billingslea is alleged to have disposed of Craft's cell phone in a trash can in the store.

As part of the sentencing, Billingslea must complete an anger management program. Additionally, he cannot engage in any threatening or intimidating behavior or have any possession of a weapon.

He also cannot have any contact with Jackson or Craft.