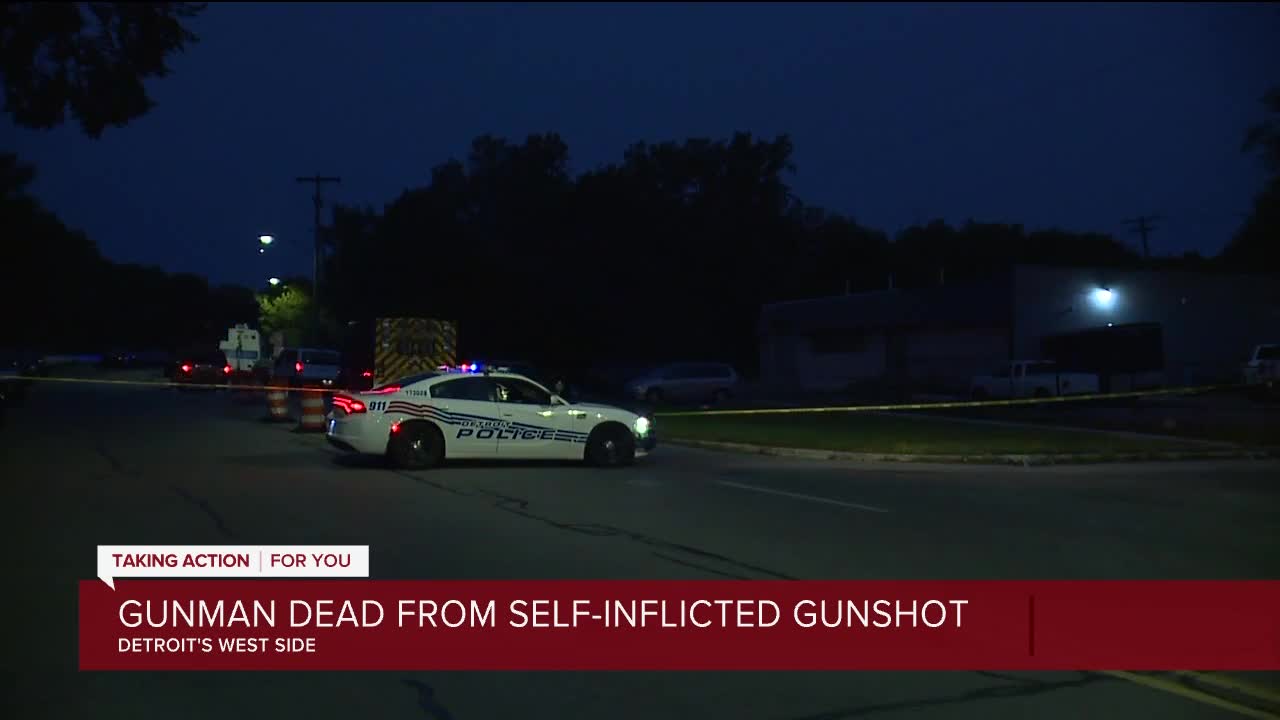 The gunman in a standoff at a Detroit home that lasted nearly 40 hours ended after the suspect died from a self-inflicted gunshot wound.

Detroit police say the suspect is now deceased and the barricaded situation has ended.

Police say five minutes after 7 a.m., officers approached the home and made entry into the location.

Officers saw the suspect lying in the living room area and deployed a flash bang to determine whether he was sleeping.

Police say there was no movement from him, and found him with a self-inflicted gunshot wound.

Detectives are continuing to process the scene.

The second and final hostage inside a Detroit home escaped, 7 Action News has learned.

The hostage escaped from the home on the west side just before 6 a.m. as the standoff passed 28 hours.

We're told the barricaded gunman is still inside the home, and that the hostage escaped when the suspect fell asleep.

The hostage situation at a Detroit home has reached a 2nd day. Around 5 p.m. Tuesday, the suspect released a female hostage, but a male hostage remains inside the home.

A female hostage has been released, according to police. A male hostage remains inside the home. Police say that the suspect is under the influence of alcohol and drugs, and has admitted to having a mental health condition.

Craig said that the suspect is also a suspect in a triple murder and house fire from June related to a motorcycle club.

According to Chief Craig, they have heard in the background when asking about the hostage something along the lines of the hostage wasn't coming out, they were eating breakfast.

According to police, he has threatened to kill himself, kill the hostages and made threats against police officers.

Craig said the suspect is believed to be under the influence of some sort of drugs and possibly alcohol, and that he said he had schizophrenia and wasn't taking his meds.

He's a 38-year-old white male, Chief Craig said, and he reminded people to stay inside and avoid the area.

Detroit police and Redford police are on scene of a barricaded gunman and hostage situation inside a home on the city's west side.

According to police, it started around 2:30 a.m. when Redford police tried to pull over a black pickup truck. The suspect in the truck fled east on Fenkell and north on Iliad before stopping in front of a home.

Police say the suspect then ran up on the porch of the home and tried to get inside but was unable to.

Officers from Redford approached the suspect, but police say he fired one shot at them and they backed off. No officer was shot.

That's when police say the suspect broke a window and entered the home.

Detroit police arrived and declared a barricaded gunman, but the suspect called 911 and said he had hostages in the home. We've now learned that it is his own home.

According to police, the hostages are an adult man and woman, and they are in communication with the suspect.

Police say the suspect is known to them and they have had contact with him in the past. They say he was an extensive criminal history and has been known to use a weapon and be violent.

According to police, they have spoken with the hostages and they are safe right now. The suspect has made some requests, police say, and they are trying to accommodate the suspect.

They have told the neighborhood to stay inside and are asking people to avoid the area.